Special feature : Special feature : Tsuda Echizen no Kami Sukehiro was born at knei 14th(1637)Settsu province and became a adopt child first
generation Tsuda Echizen Kami Sukehiro after the fist generation passed away, he succeeded 2nd generation.And he moved to Osaka.He was allowed to engrave the signature “Echizen no kami” in 1657.
And he started to serve Aoyama Munetoshi who was lord of Osaka castle.
Sukehiro was the most skillful swordsmith in Osaka Shinto, as well as Inoue Shinkai.
Sukehiro and Inoue Shinkai made some swords together.
It is said that Sukehiro made over than 1700 swords.
But many Gimei of Sukehiro and Inoue Shinkai and Kotetsu are made by others. Because their blades are very popular.
Sukehiro passed away in 1682, when he was 46 years old. 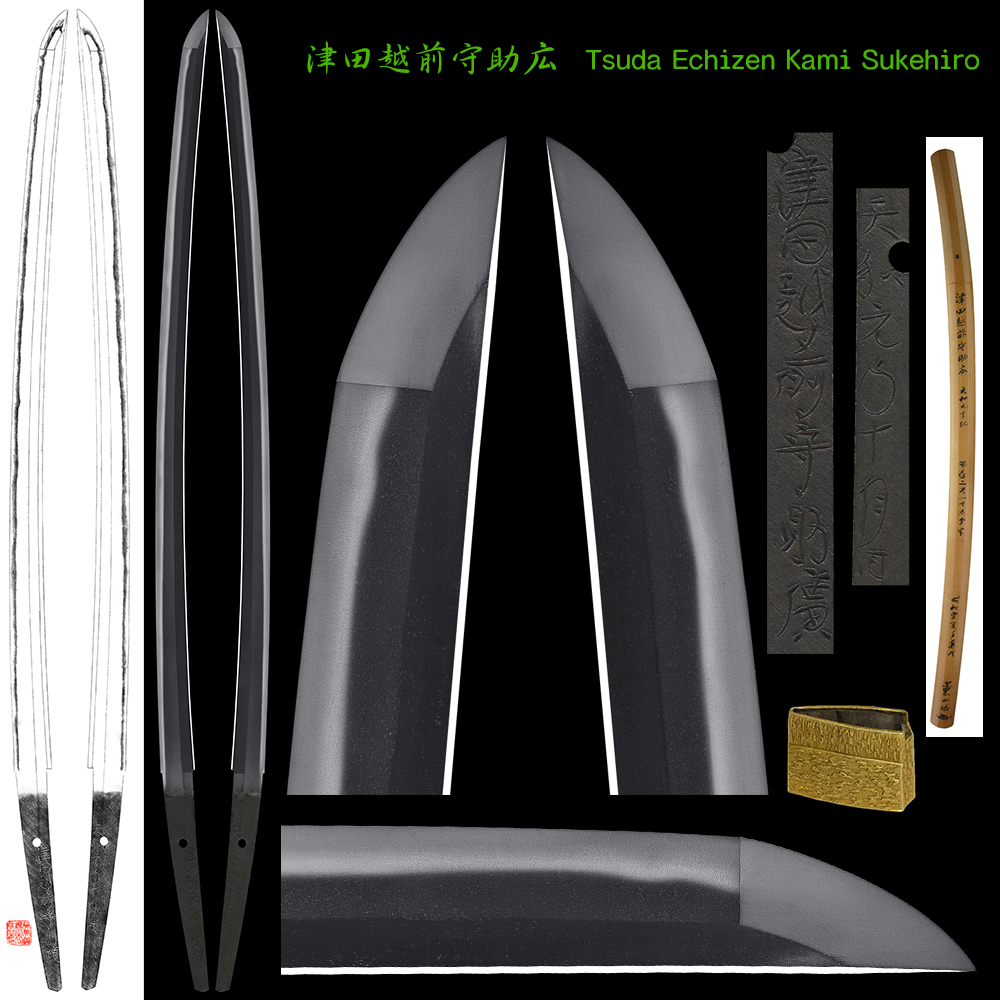 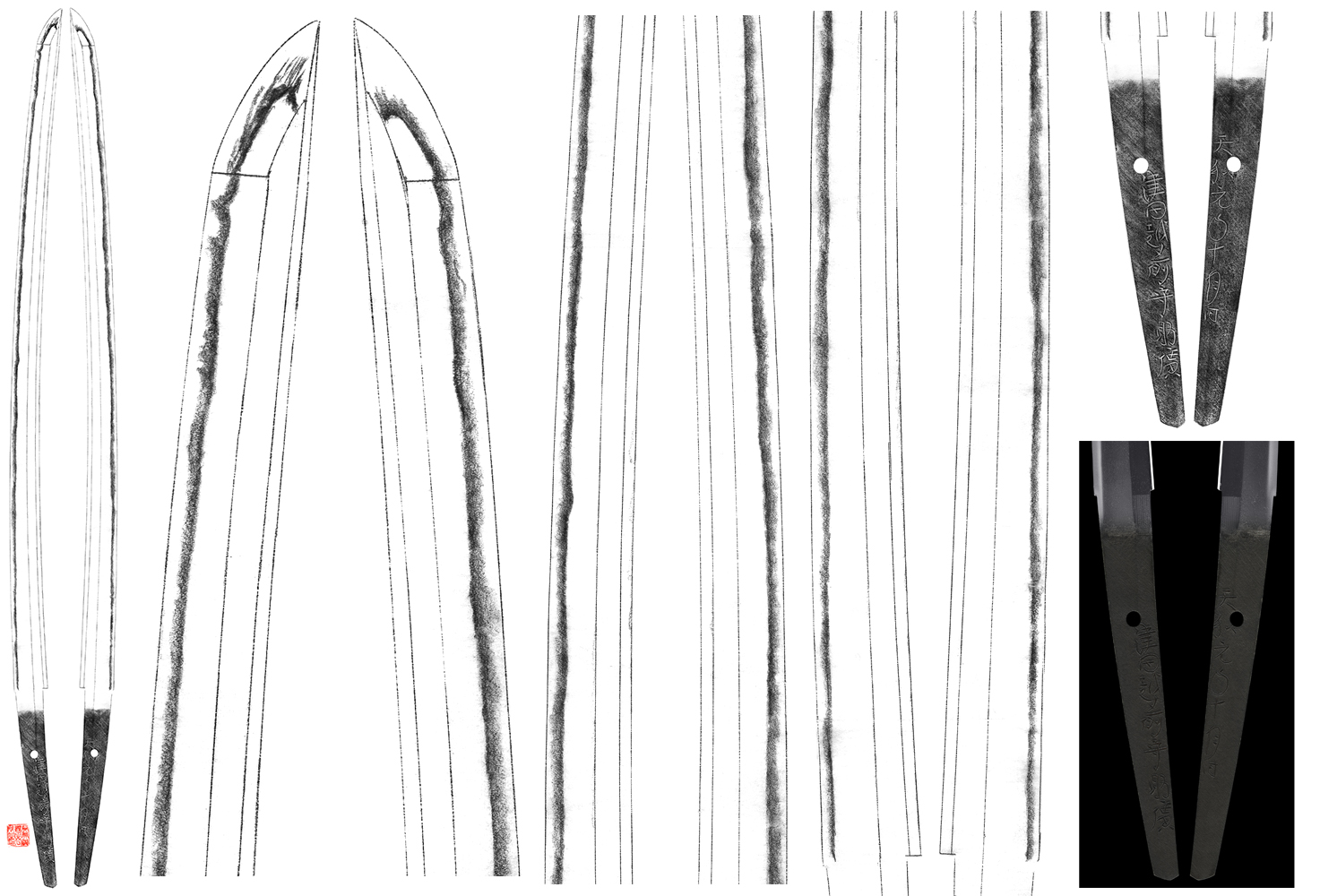 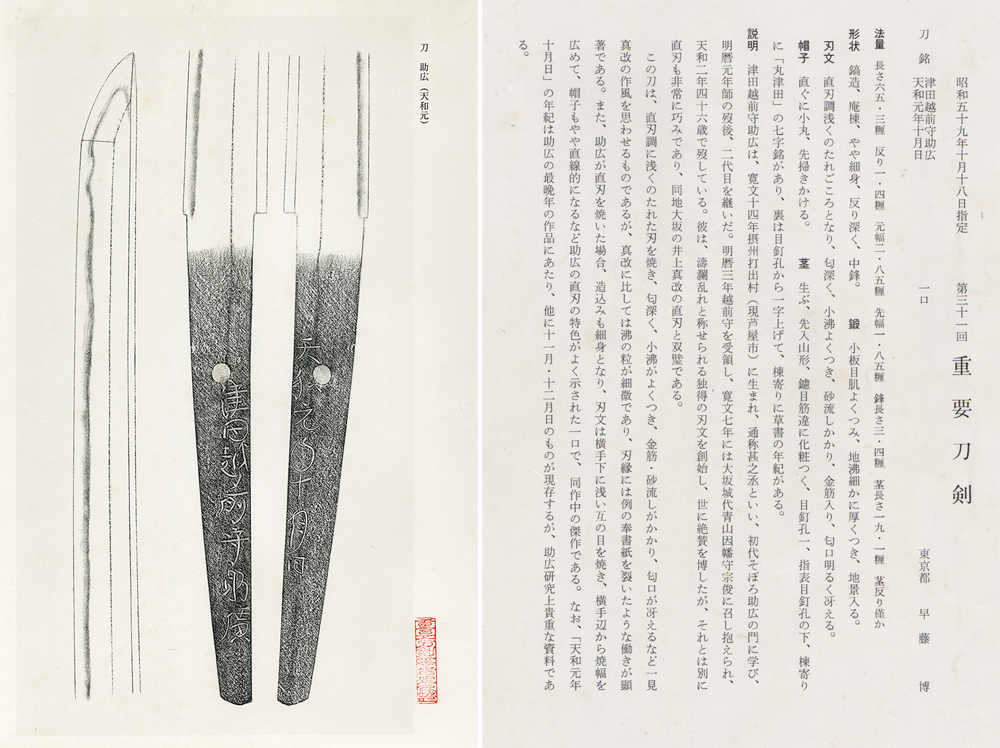 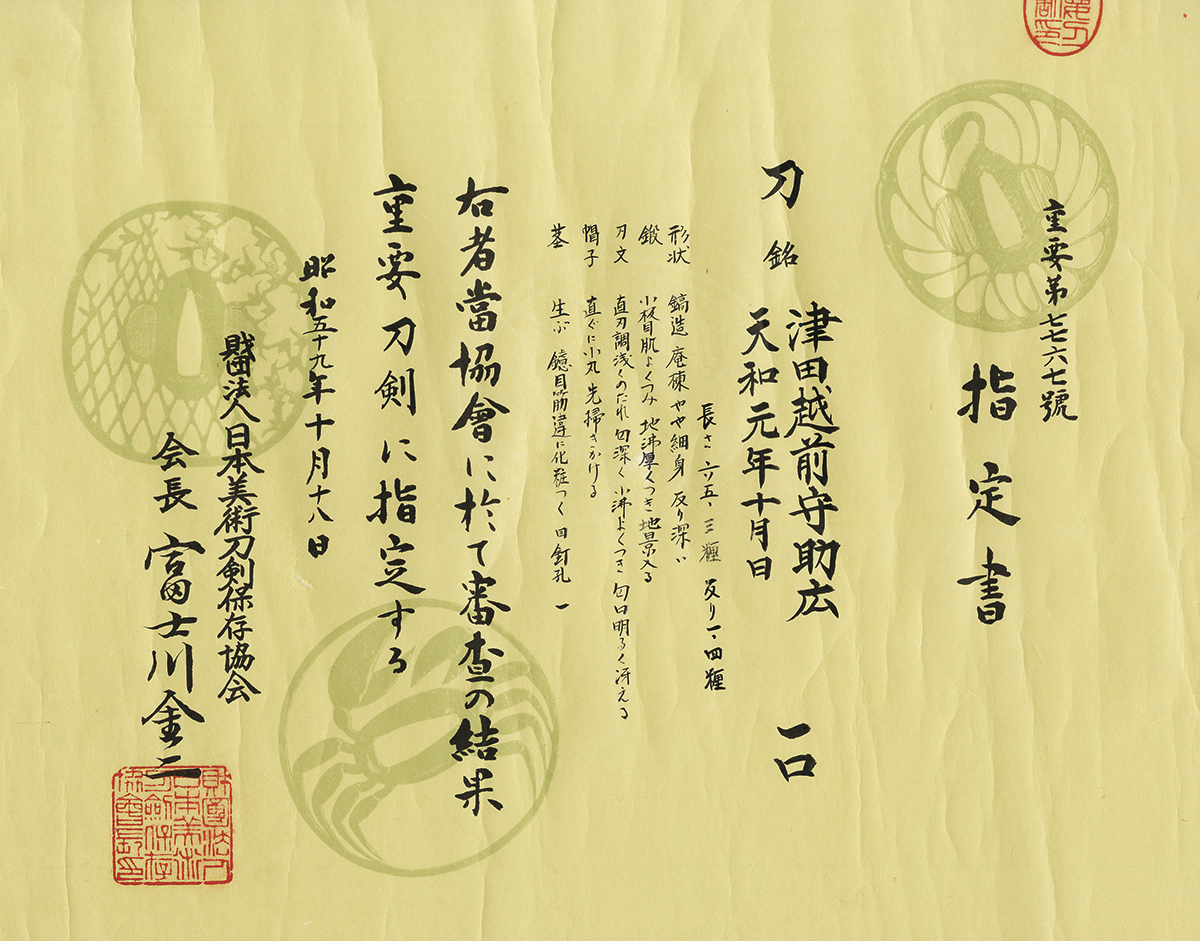