Shinto : Jyojyosaku : Ryo-Wazamono : Settsu
(We divide 4 sections for each sword as Saijyo saku, Jyojyo saku Jyo saku and regular saku)
This work is one of the top rank of Tsuda Oumi kami Sukehiro.

Special feature : Oumi kami Sukenao was born in Kanei 16th at Koshu.
He was called Magotaro. Later on, he has moved to Osaka and became the student of famous Sukehiro.
He has helped producing sword of his mentor Sukehiro and started to distinguish himself.
Eventually, he has descended Tsuda family of Tsuda Sukehiro. HIs work is like his mentor Sukehiro
and has made nice Doranba work. It is suguha with deep Nioiguchi.
He has also been influenced by Inoue Shinkai. Sukenao has imitated Sukehiro’s thick NIoi Hamon
and which even surpassed the quality of Inoue Shinkai, It is true Yuki no Muragie
(it is hamon that is like the piled up snow on a leaf).
It is excellent work. It is regretted that it is cut shorten however it is still long 2 shaku 4 sun 8 bu(75.15cm) work.
Top quality polish is applied . If this sword was not cut shortened, it must have passed Jyuyo sword.

Historical background: Tokugawa Tsunayoshi
Peasants’ uprising occured in Matsumoto domain in Shinano Area.
When Mizuno Tadanao was assigned in a post in Edo for Sankin Kotai (alternate attendance) ,
he has severely collected land tax which has triggered the peasant’s uprising.
When the incident calmed there were strict punishment.
Suzuki Iori who also worked in Edo as Daimyo’s retainer has opposed to this and has stoped the excusion.
However, he was too late when he came back as many peasants were already executed.
Suzuki was appraised for his effort to save the citizens. There is a wall in Matsumoto city that was restored. 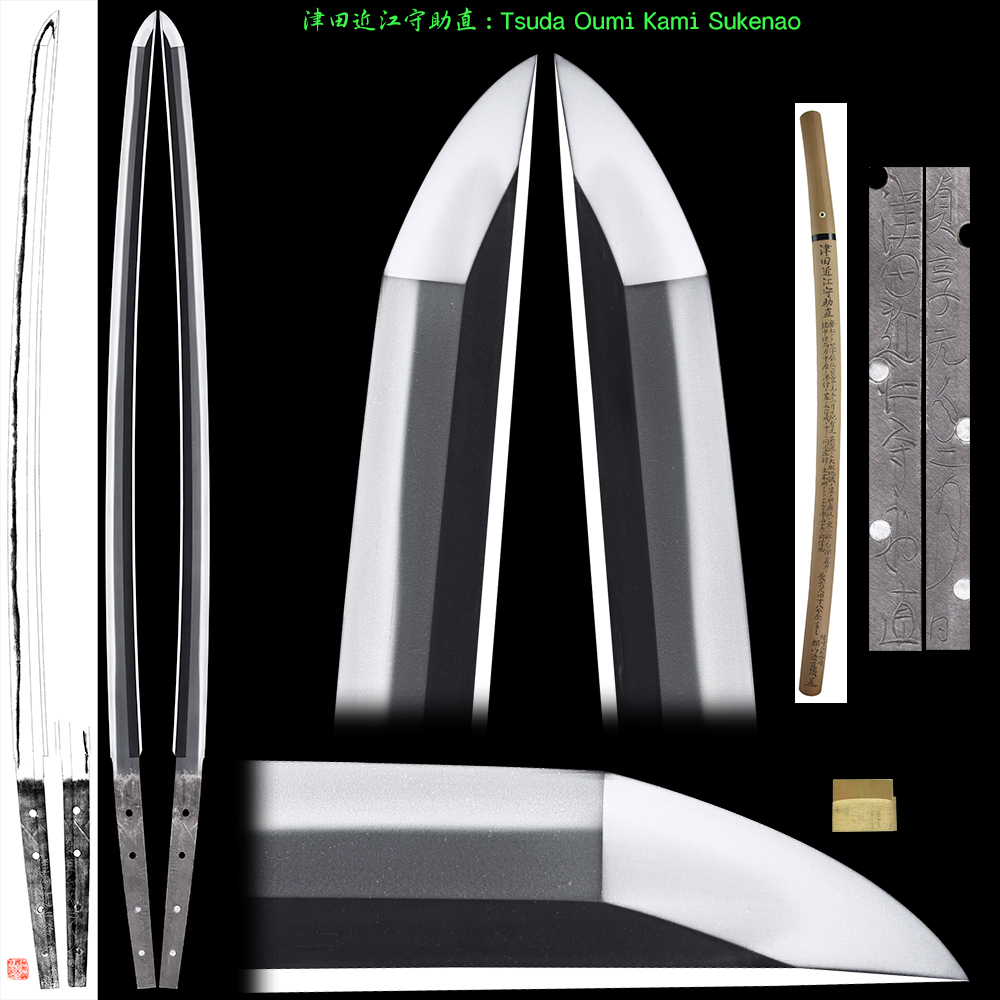 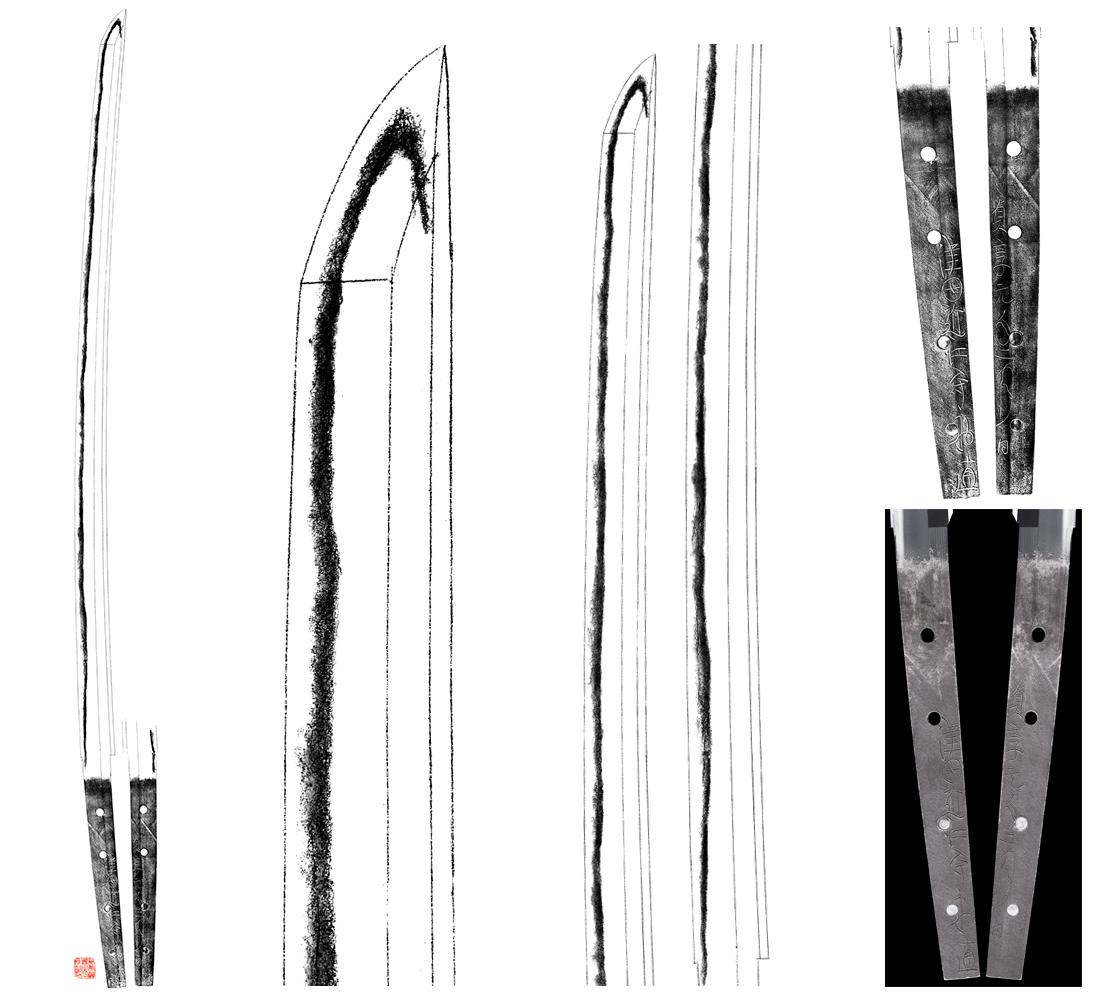 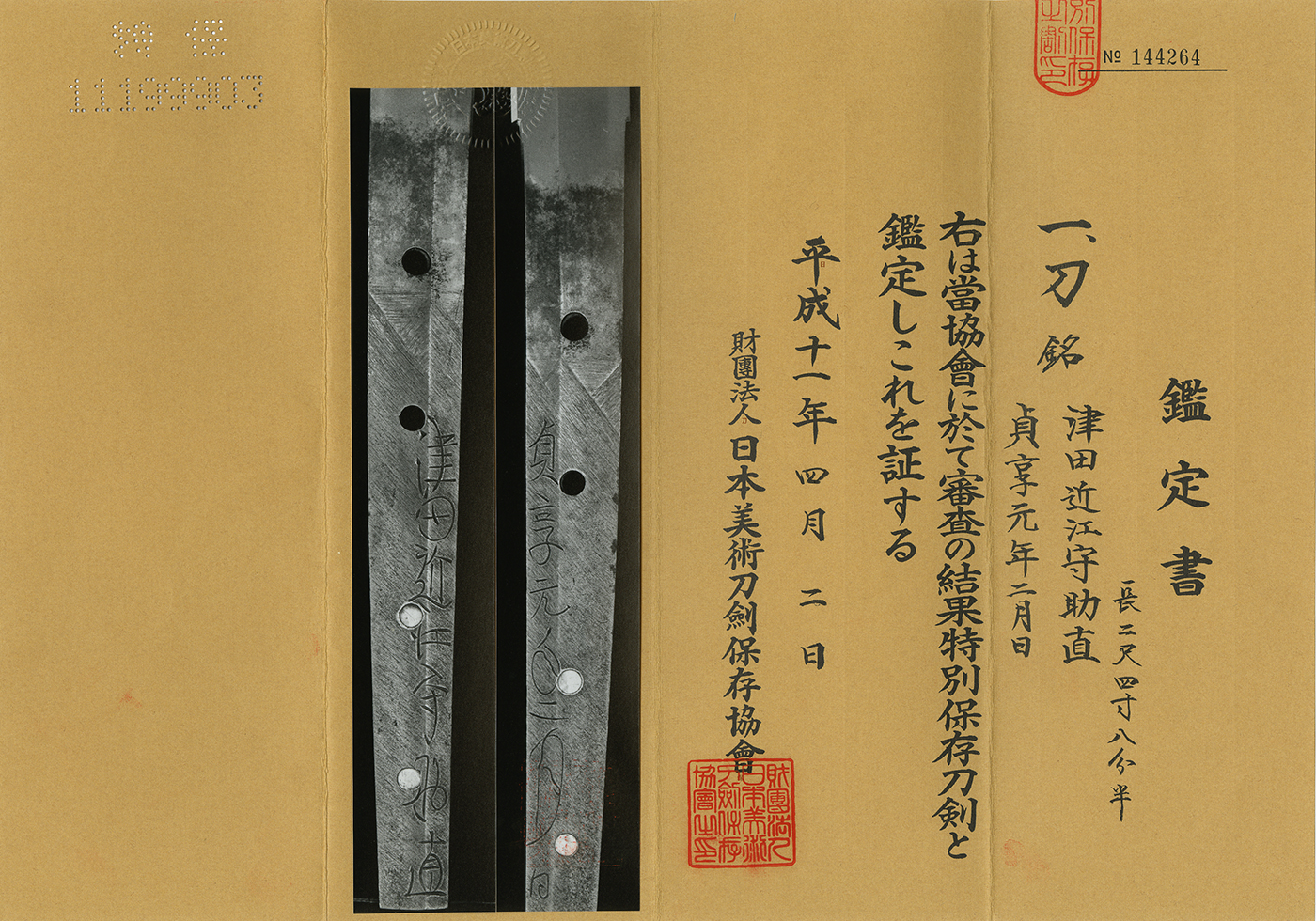 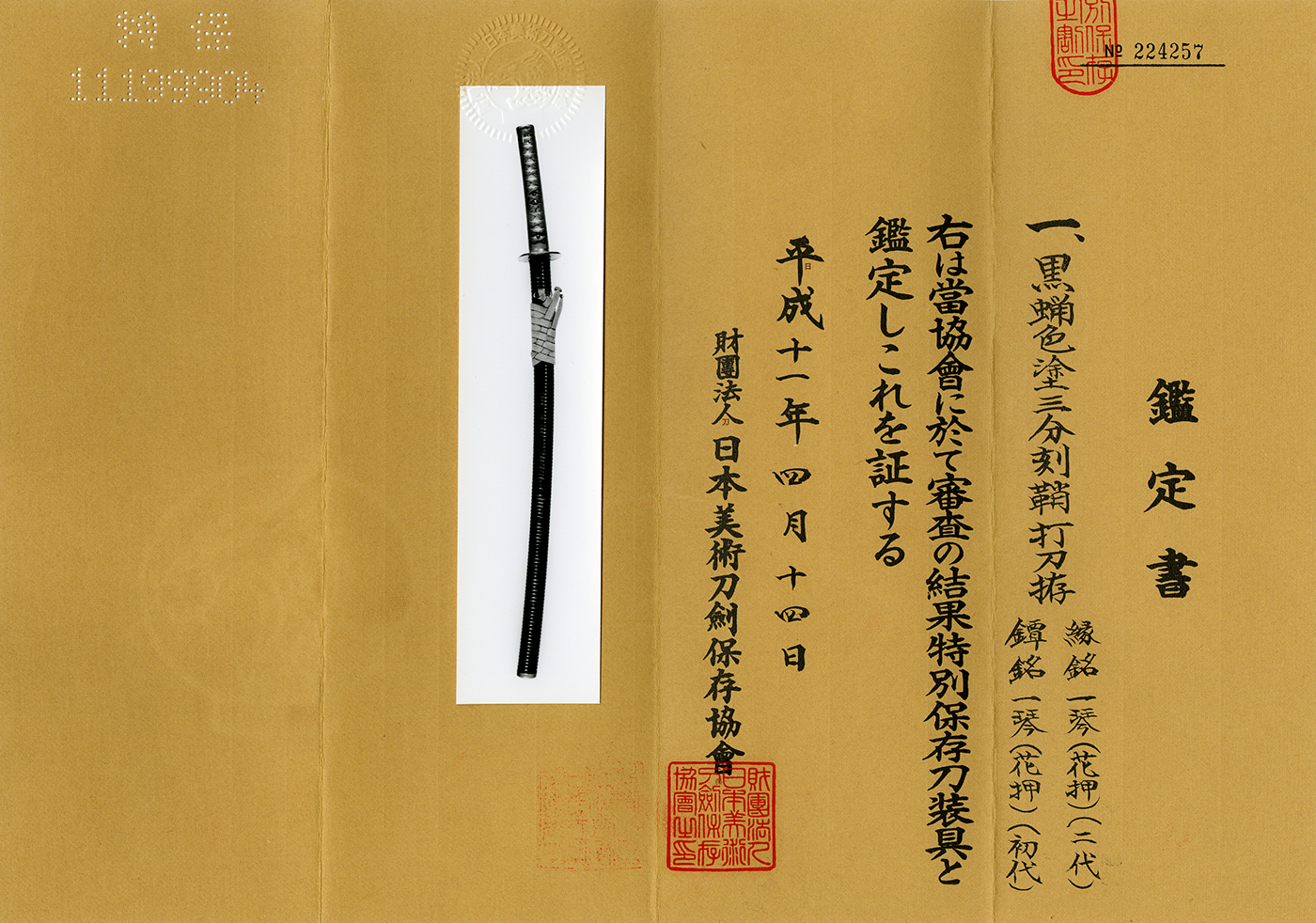