(We divide 4 sections for each sword as Saijyo saku, Jyojyo saku
Jyo saku and regular saku)
This blade belongs to Saijyo saku ranking.
The blade was polished.
Blade length : 24.7 cm or 9.72 inches.
Sori : 0.0 cm or 0 inches.
Mekugi : 1
Width at the hamachi : 2.35 cm or 0.92 inches.
Kasane : 0.50 cm or 0.19 inches.
Era : Showa period.(1987)
Shape : Regular size Hiratsukuri Tanto.
There are Hi on both side.
Jitetsu : Ko-Itame Hada well grained with Jinie attached
and Chikei work visible to see the texture well.
Hamon : Nie Deki, Suguha. Nioikuchi is soft. Ha is bright.
The hamon is soft feeling rather deep nioikuchi with ashi.

Special feature : Amada Akitsugu was born on 4th August 1927 in Nigata prefecture.
His real name is Amada Seiichi.
From 1940 until the end of the war, he studied at Nihonto Tanren Denshujo.
After the war, he studied about reproduction of Koto blade, especially Sosu-Den.
He made the blade in homemade iron not using Tamahagane which was made at NBTHK.
He was awarded thrice prize at the Shinsaku Meito ten in 1977, 1985 and 1996.
These prizes were the most treasured prize "Masamune prize".
Syowa 47(1972)He became Kukansa swordsmith.
At May 23rd, 1997, he became a human national treasure. In 1999,
he received the Presidential Medal (Kyokujitsu shojusho).
He is trying to make old Kamakura period texture.
He had his own factory for making Tamahagane and researched old quality of Kamakura swords.
He passed away at June 26th 2013 age of 85 years old.
This blade is flawless healthy Tanto. It is the masterpiece Tanto of Amada Akitsugu.
He made swords mainly but the tanto made few.
We strongly recommend this Tanto for you. 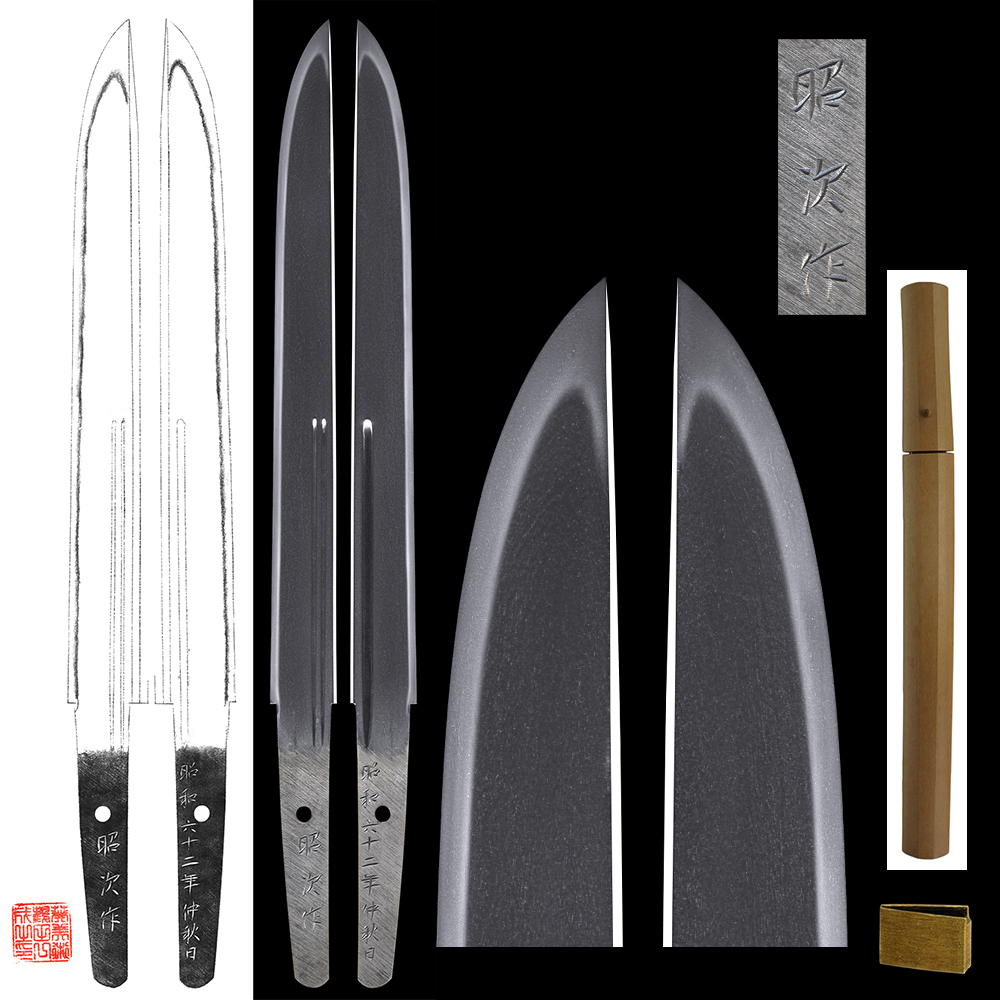 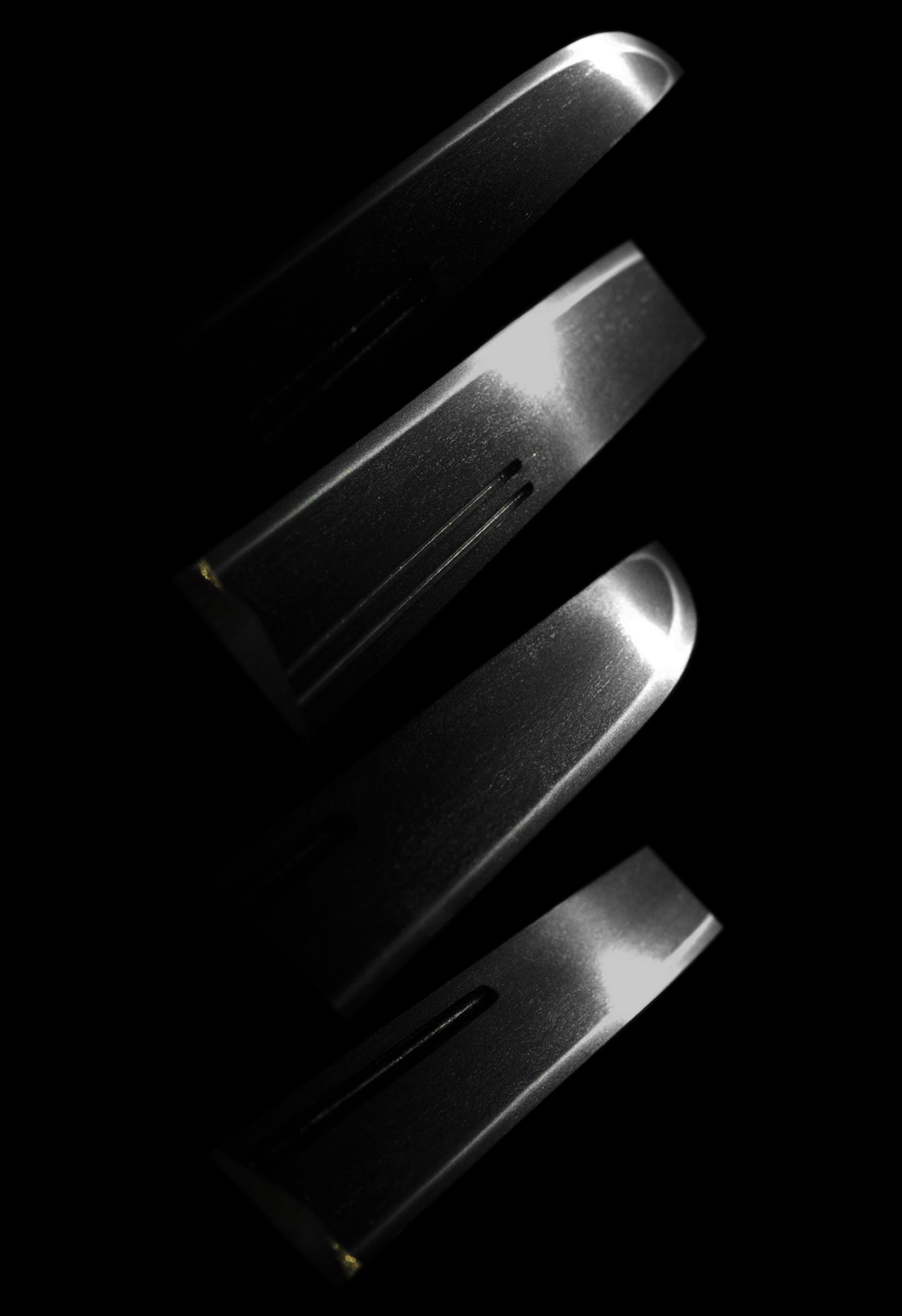 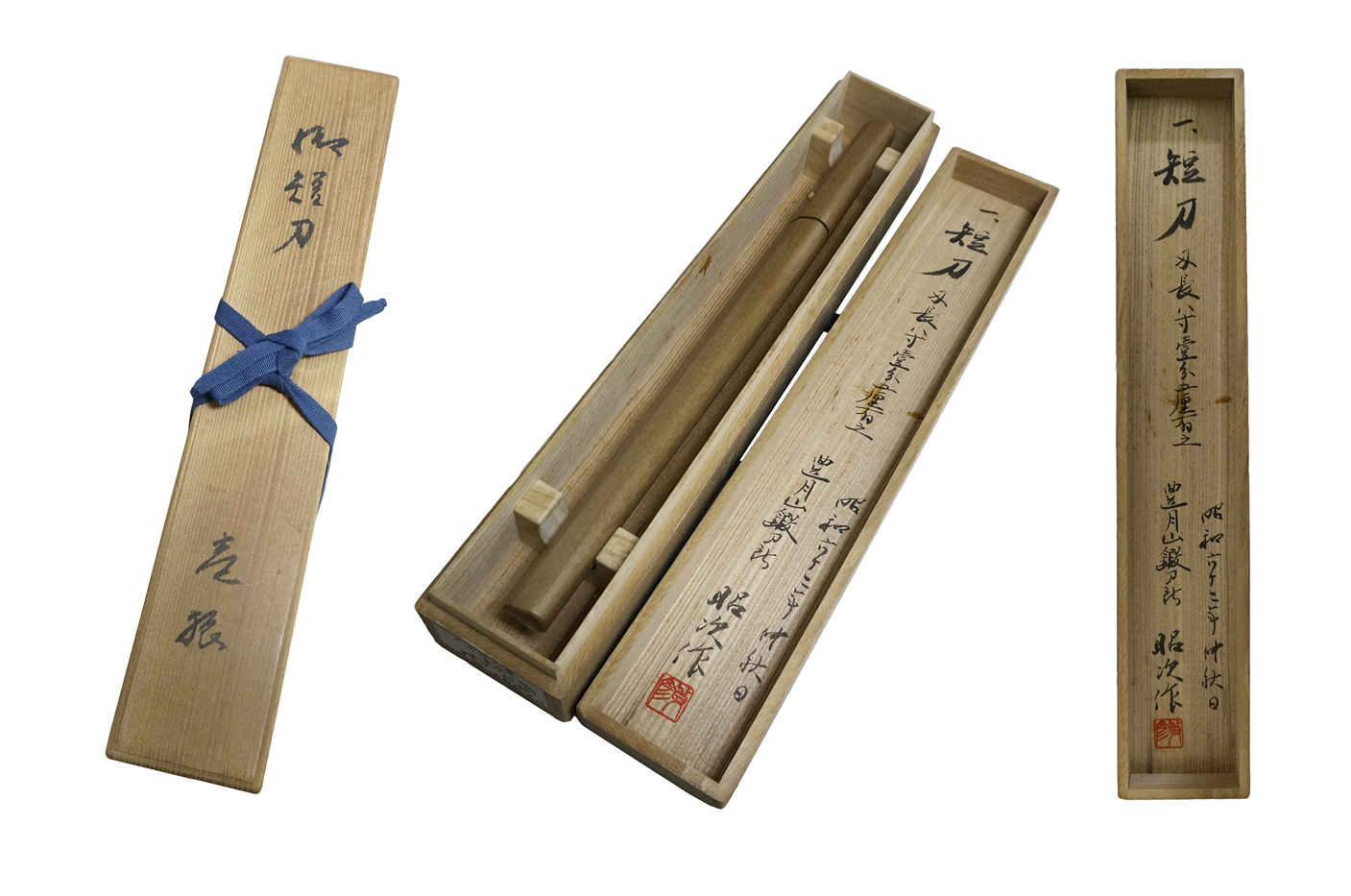