Special feature : The founder of the Tadamitsu started from Nanbokucyo period and continued to late Muromachi period 9th generation.
The Tanto’s jigane is very good so the blade was made at Eiso era.
The signature is very similar with Hikobei Tadamitsu Jyojyo saki ranking.
Generally Tadamitsu is well known suguha hamon but this sword is Cyoji midair and mixed up sosyuden which is called Soden bizen.
Even though the signature is just only 2 characters but the blade itself quite active and wonderful jigane.
The blade has passed more than 500 years of ages.
We recommend this active nice Tanto. 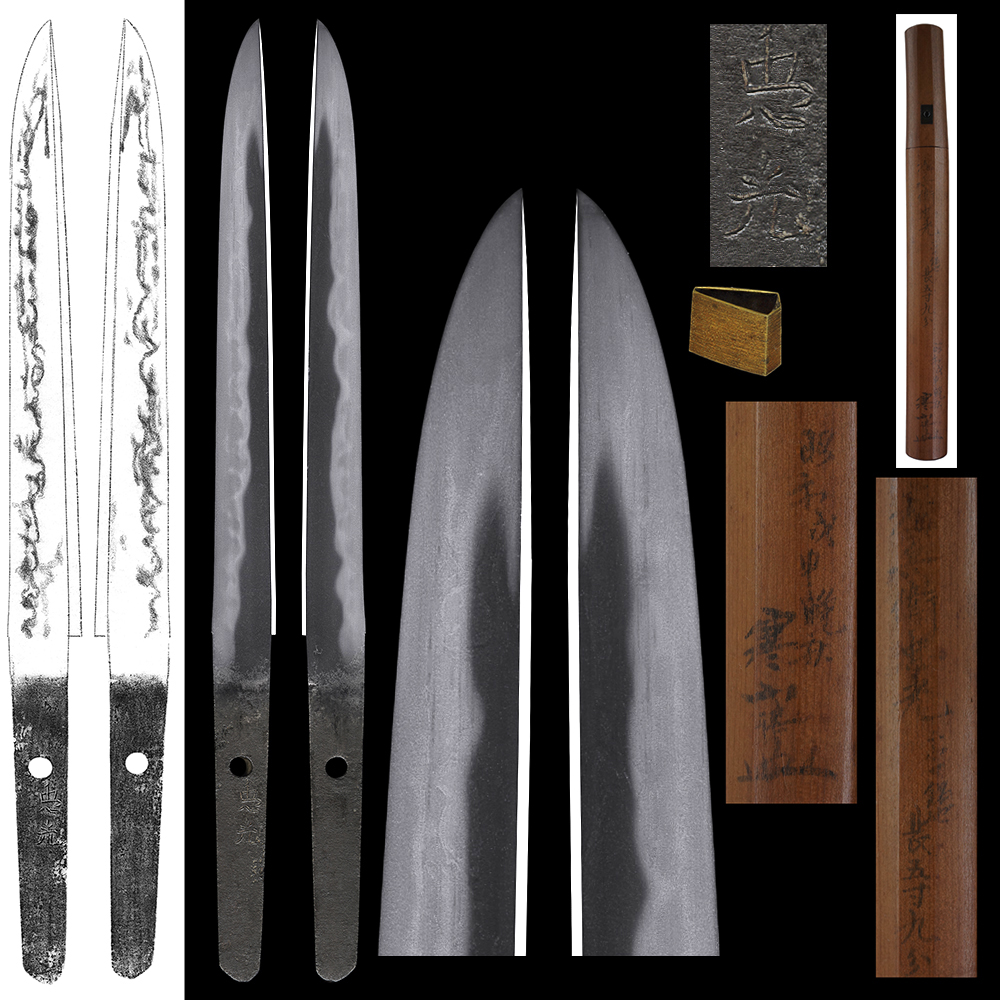 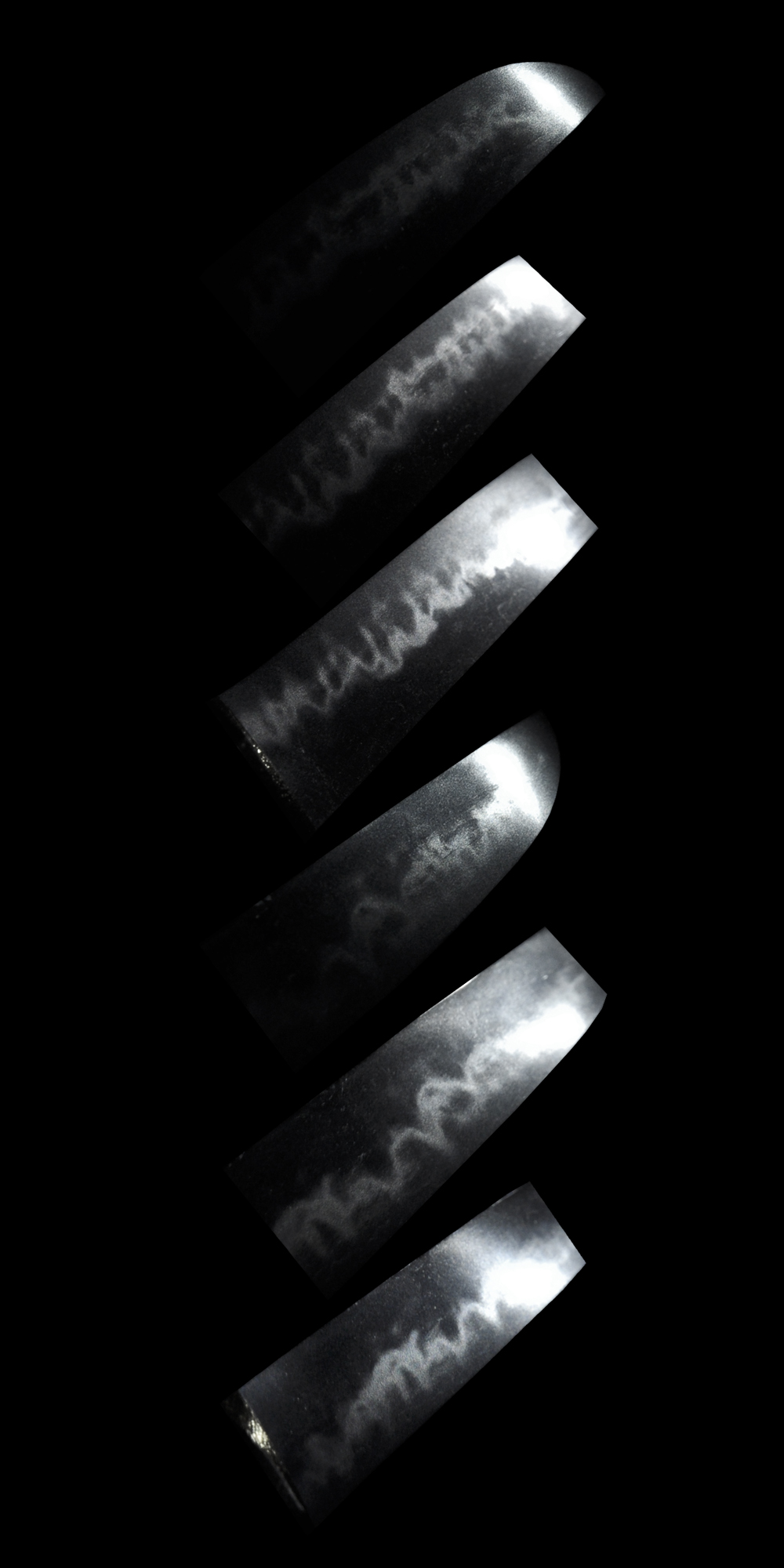 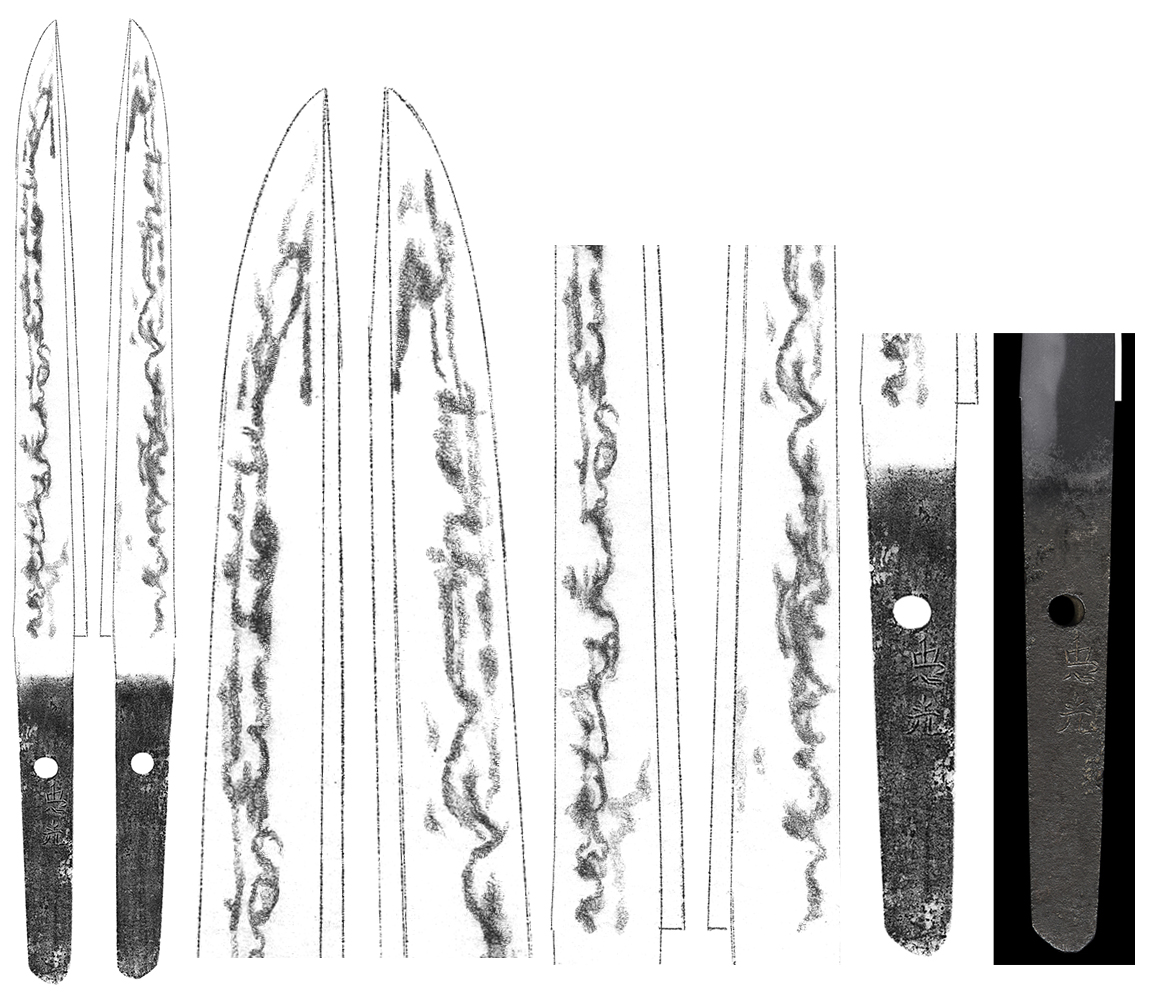