Special feature : The 2nd generation of Izumi kami Kanesada is most famous swordsmith in Mino province.
He received a high evaluation. This blade was made by 11th generation of Kanesada.
Mr. Hijikata Toshozo favorites Kanesada blade.
The 11th generation of Kanesada was born in December 13th 1837 in Aizu province.
He was attached to the Aizu domain around late Edo period.
His real name is Furukawa Sei Uemon. He moved to Edo in July 1867.
He got the Izumi Kami in December 1867. After the yielding of Aizu domain, he lived in Echigo Kamo province and made the sword(1869-1874).
After the sword prohibition(1876), he became to city workers in Fukushima prefecture.
And he got a request form the Department of War and made the sword
for commenmoration of Angelo-Japanese Alliance in 1903.
But he passed away two months later. His age was 67.
This blade has the description “Echigo kuni Kamo tsukruu” in Nakago.
Accoring to this description, this blade was made around 1872-1879.
This blade is very healthy and rare. We recommend this Tanto. 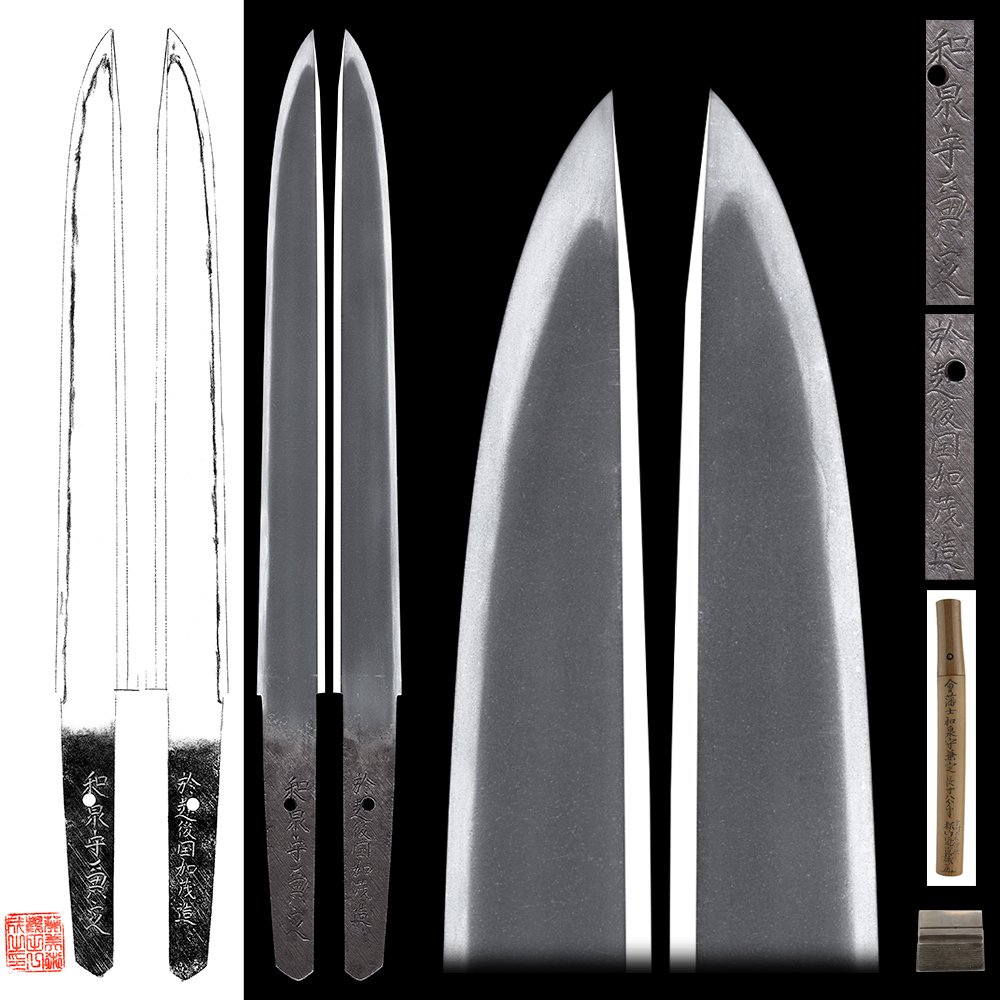 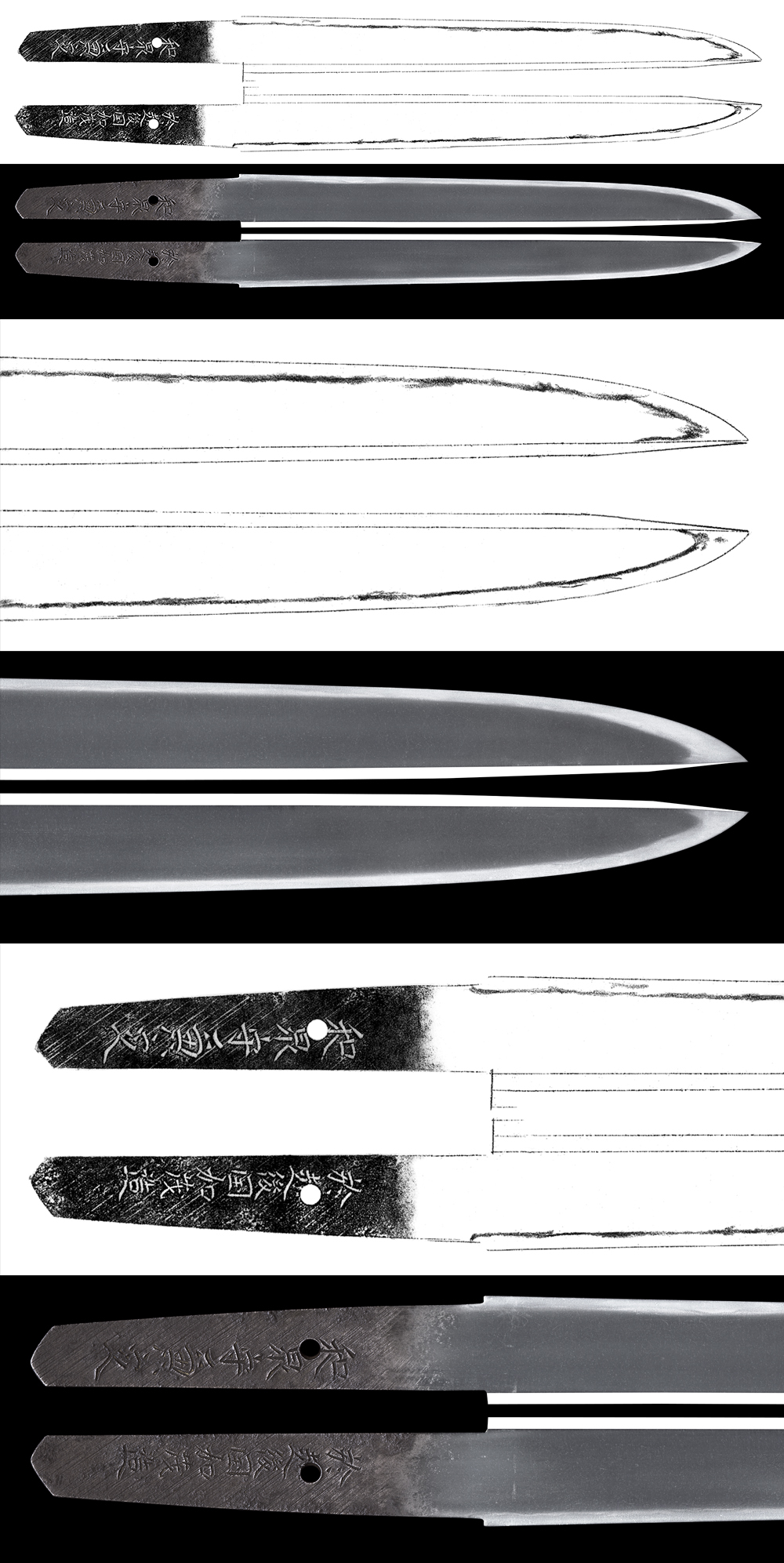 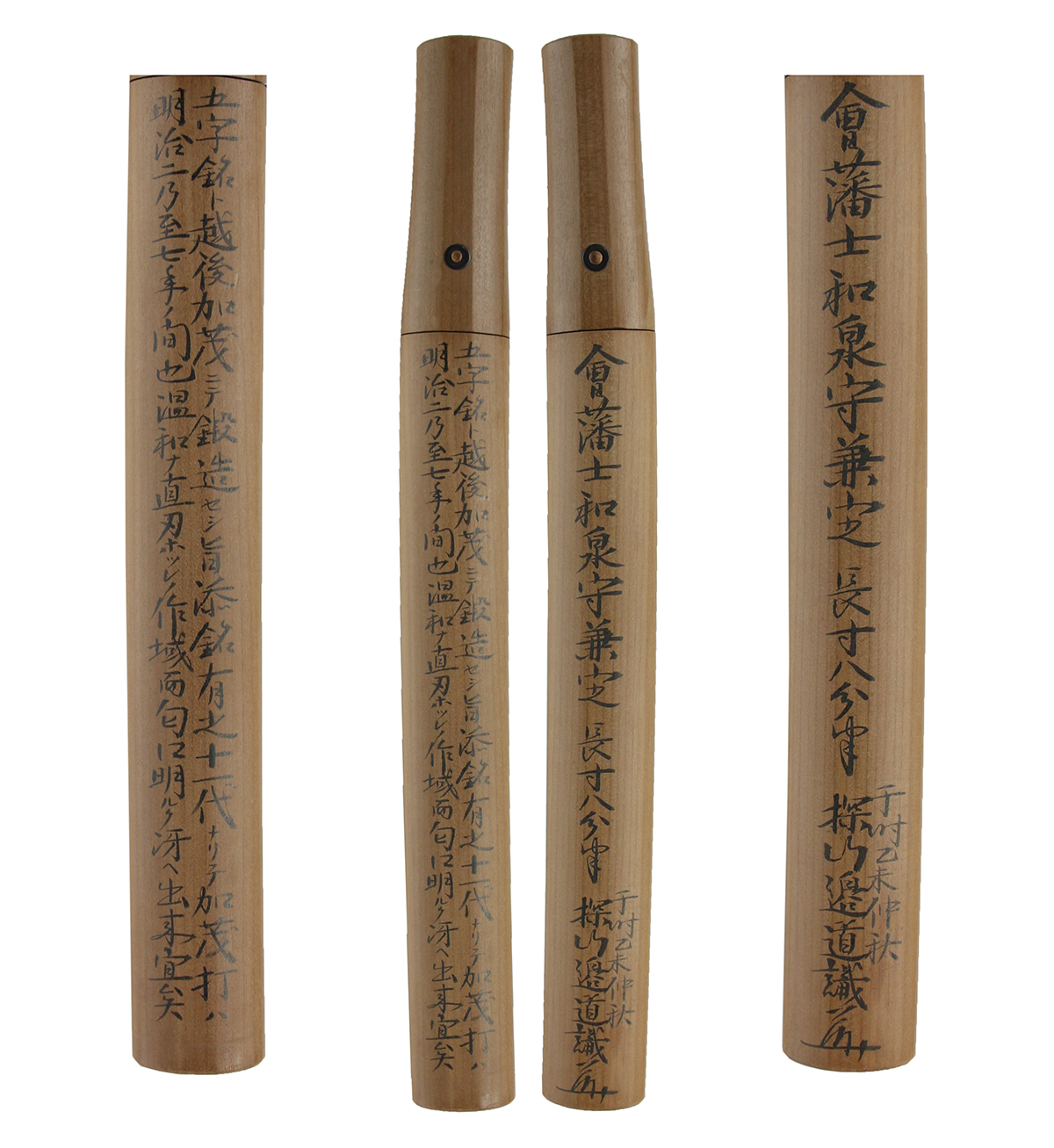