Shinto: Wazamono: Jyosaku: Yamashiro
(We divide 4 sections for each sword as Saijyo saku, Jyojyo saku
Jyo saku and regular saku)
This Kinmichi belongs to Jyojyo saku ranking.
The blade has high quality polish applied
Blade length : 29.4cm or 11.5 inches.
Sori : 0.2cm or 0.07 inches.
Mekugi : 2
Width at the hamachi : 2.8cm or 1.10 inches.
Kasane : 0.57cm or 0.22 inches.
Era : Aduchi Momoyama Period
Shape : It is wide and thick tanto with Bo-Hi engraved on both side
Jitetsu : Itame Hada well grained Jitetsu. It has refined Jigane. Jinie is attached.
Hamon : Nie Deki clear with mixture of Gunome Midare
and Togari Sharp Gunome MIdare Hamon that is concentrated in three area of the ha.
It has tight Nioi Guchi which is typical of that of Aduchi Momoyama Period.
Boshi is Gunome Midare Hamon in Sansaku style.

Special feature : Kinmichi is a sword smith of Mino . He has moved to Kyoto
with his father Kanemichi and Rai Kinmichi, Tanba kami Yoshimichi and Echo Kami Masatoshi.
They have been active during that time. In his later life, he has has consolidated power
by given the Kiku-Mon(chrysanthemum crest). The feeling of Muromachi Period remains
on the blade but also looks like Keicho Shinto sword. It is rustic and nice work.
This work has nice Jigane and the Hamon is rustic unlike well-ordered work.
From second generation onwards, the piece becomes average.
We recommend this simple and nice first generation Kanemichi.

Historical Background: 1613 year(Keicho 18th Year) the Sendai Federal lord Date Masamune
has sent Tsunenaga as envoy to Rome and given an audience by Pope Paulus Ⅴ. However,
this did not happen because of the Christian oppression from the Shogunate at the time.
The active trade between Mexico was cancelled as well so Tsunenaga has traveled back to Japan in 1620. 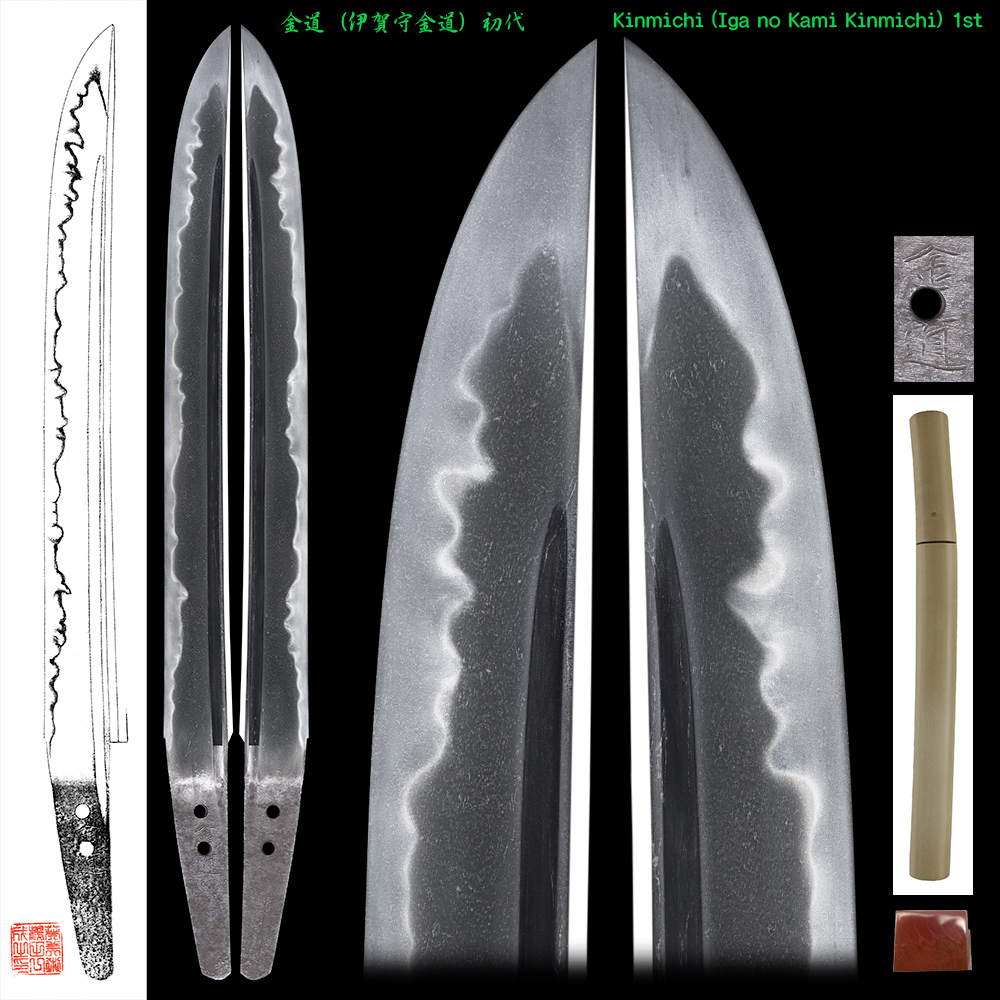 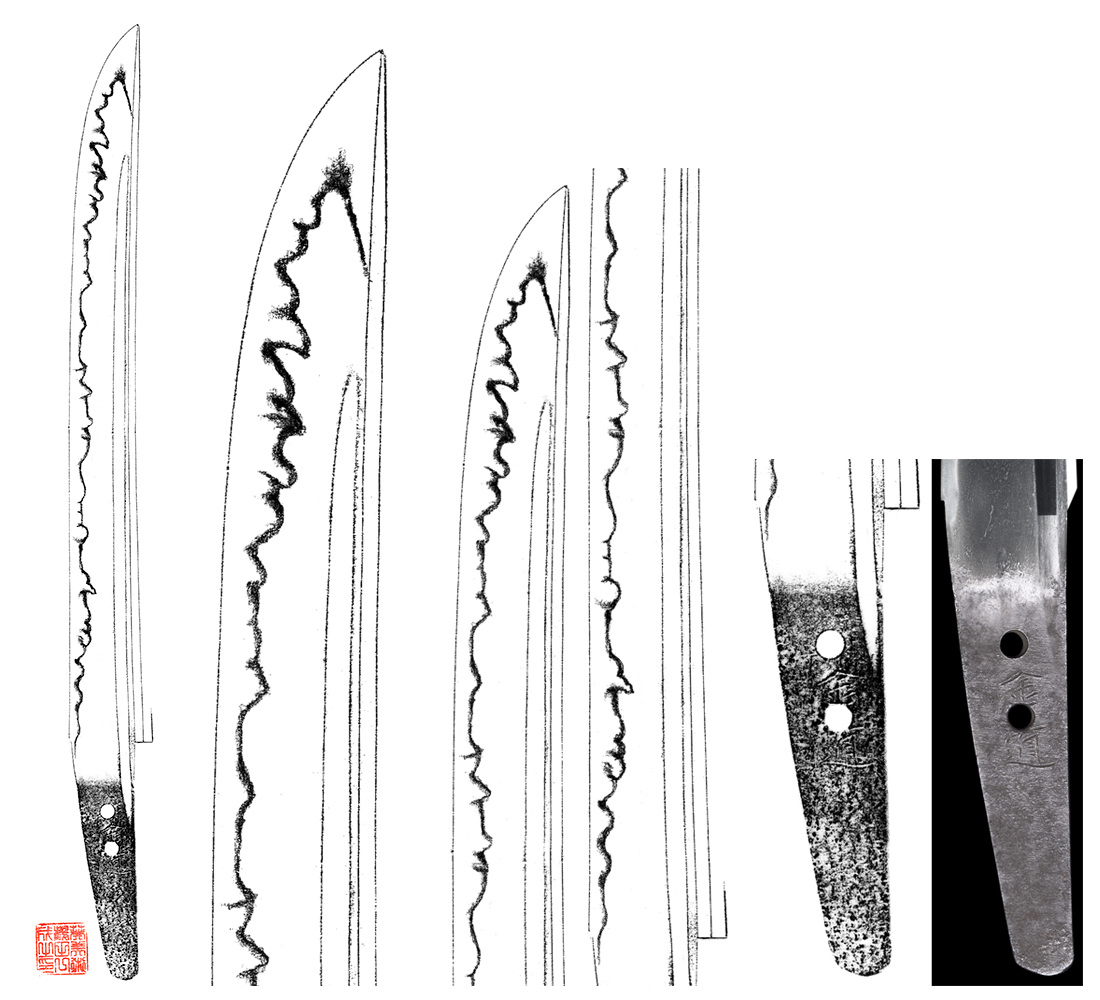 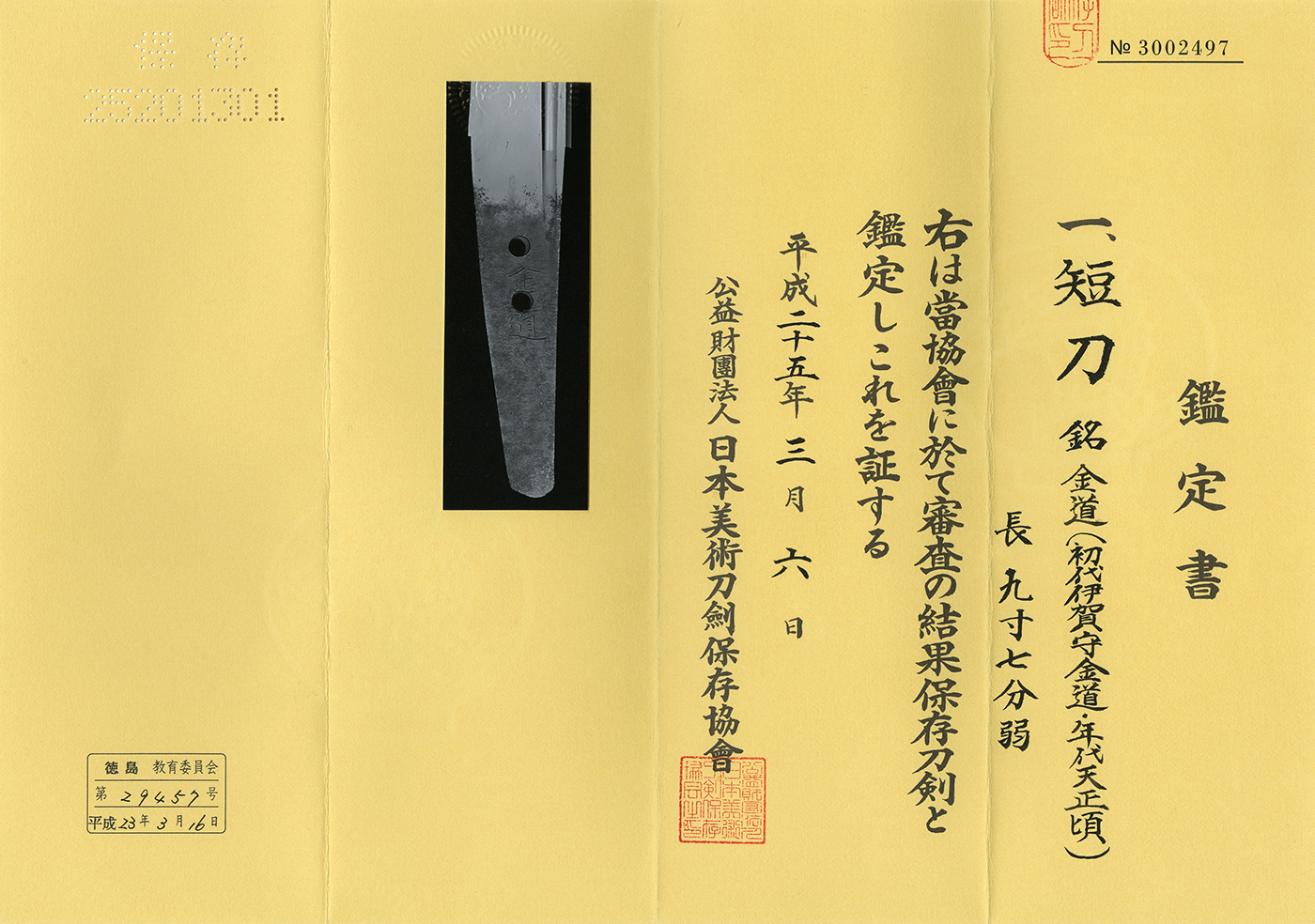