The blade was polished.
Habaki : Gold single foiled habaki
Blade length : 26.8cm or 10.56 inches.
Sori : No sori
Mekugi : 2
Width at the hamachi : 2.14 cm or 0.84 inches.
Kasane : 0.43 cm or 0.17 inches.
Era : Late Edo period.
Shape : It is ordinary size and plain shape tanto.
Jitetsu : Koitame hada well grained with jinie attached.
The hada(the surface texture) is clear.
Hamon : Nie base gunome mixture style. The ashi is long.
There is tobiyaki(a spot of temper line on the ji).
Boushi is round and yakizume style.

Special feature : This piece is mumei but it is attributed as Horii Taneyoshi in *Fujishiro Estimation paper.
From the condition of the jigane the estimation is reliable.
Taneyoshi was born in late Edo period, Bunsei 4th year（1821） at Oumi country(Now Shiga prefecture, west side of Japan.).
His original name is Ishiyama Yoshifumi and later on change his name to Taneyoshi.
He has learnt the forging technique from Sadayoshi and Naotane.
In Meiji 28th（1895） year, he has become a personal smith of the Imperial Household Ministry.
He has passed away in Meiji 36th（1903） year April 29th at age of 83.

*Fujishiro Estimation Paper was written by the human national treasure Matsuo Fujishiro.
He was a sword polisher and has polished masterpieces such as Kibitsumaru in Okayama Kibitsu shrine.
Aoi Art estimatin paper : whole Oshigata. 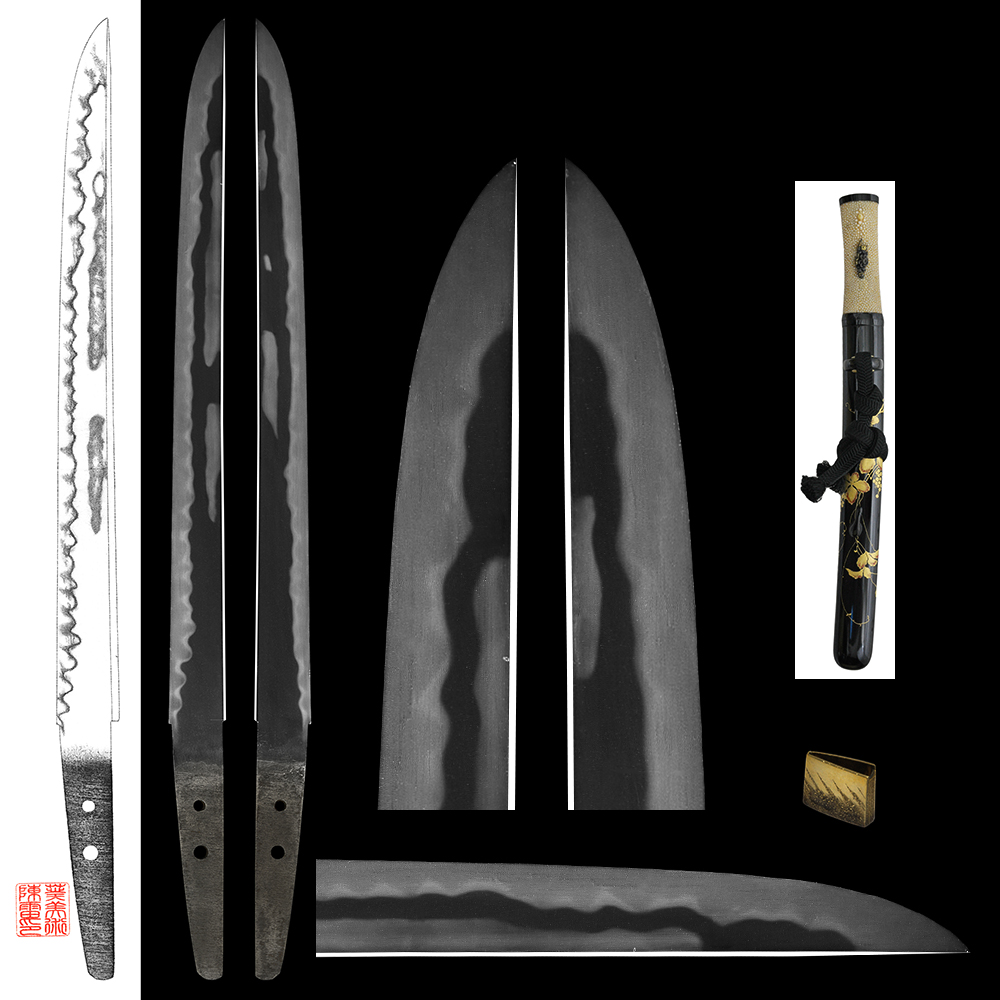 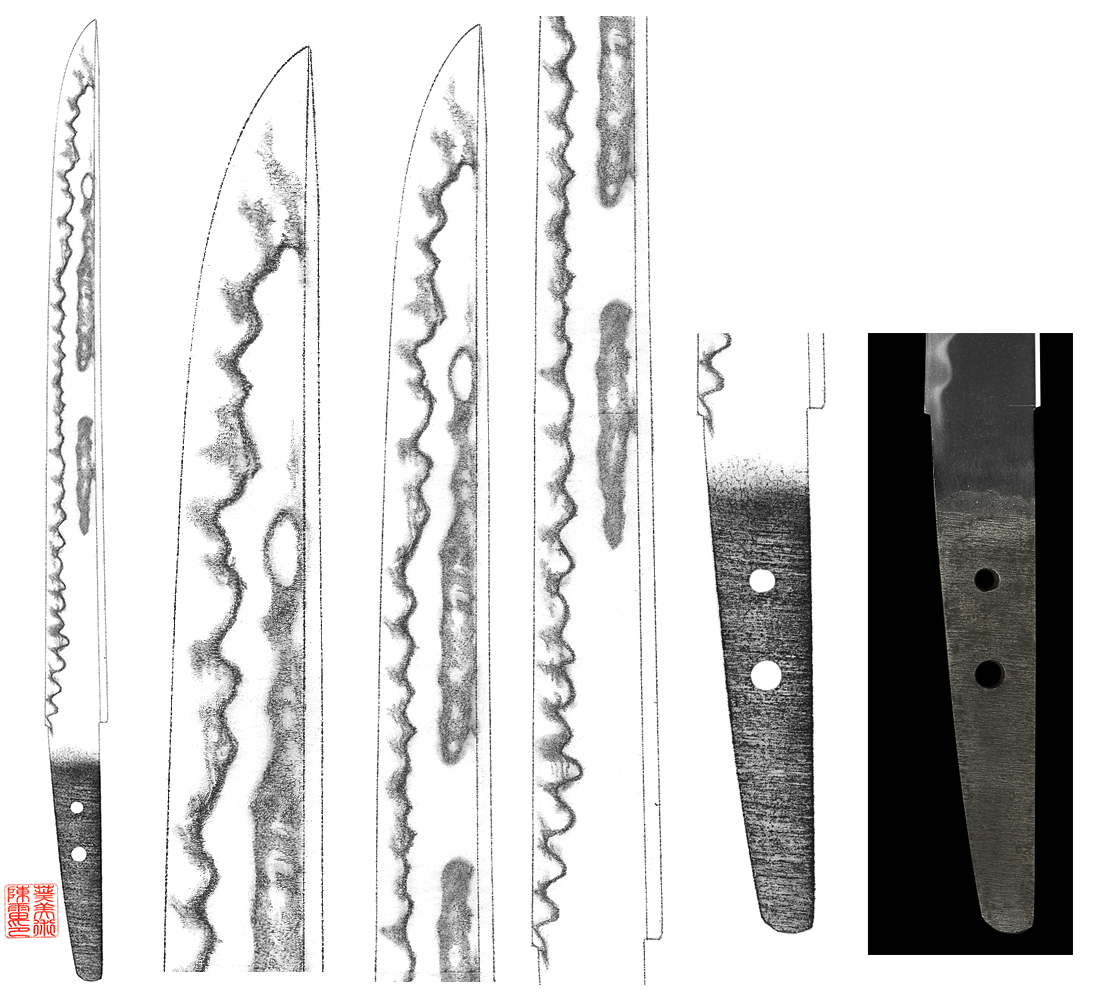 Tanto in Shirasaya, with Koshirae. Signature : Sadasada (We divide 4 sections for each sword as Saijyo saku, Jyojyo saku Jyo saku and regular saku) This Sadasada belongs to Jyosaku ranking. The blade was polished. Blade length : 25.6 cm ...