Special feature : Fujiwara Kanenori was born at 1830Tenpo first Hoki province and called Shigahiko Miyamoto.
He studied from Yokoyama Sukekane and work hard. He was kept his nose to the grindstone.
So his master gave him his one name (Kane)
From that point, he decided his name Kanenori.
After that he moved to his country and became sword maker of domain Chief retainer Arao Shima nokami.
At Meiji 4th decree banning the wearing of swords was issued, he was patient under adversity life.
Fortunately he had a chance to make a sword at Ise shrine and Emperor Meiji critiqued his work highly and became a member of the Imperial Gigeiin(craftsmen) with Gassan Sadakazu.
He made a lot of Tanto mainly and passed away Taisyo 15he 97 years of age.
This Tanto is very good quality and much better than regular his Tanto. 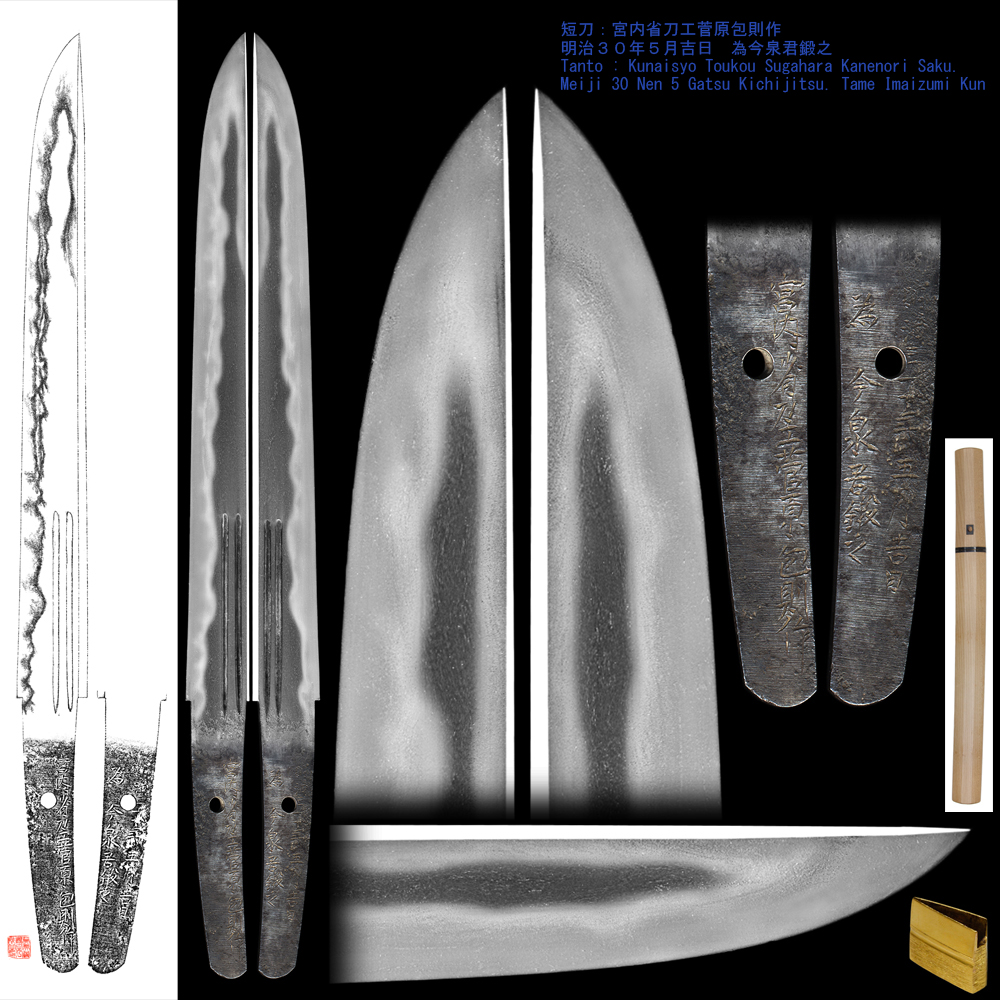 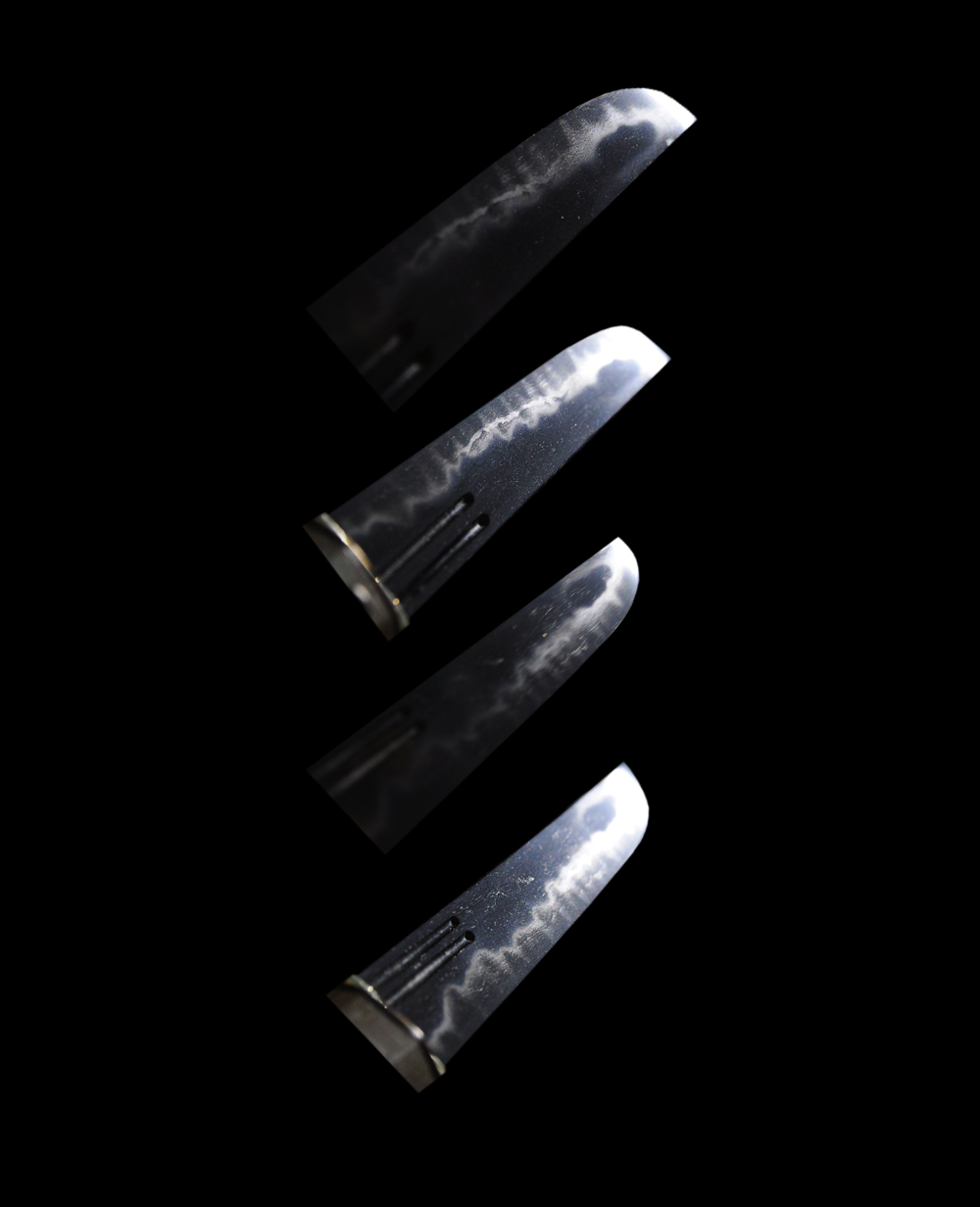 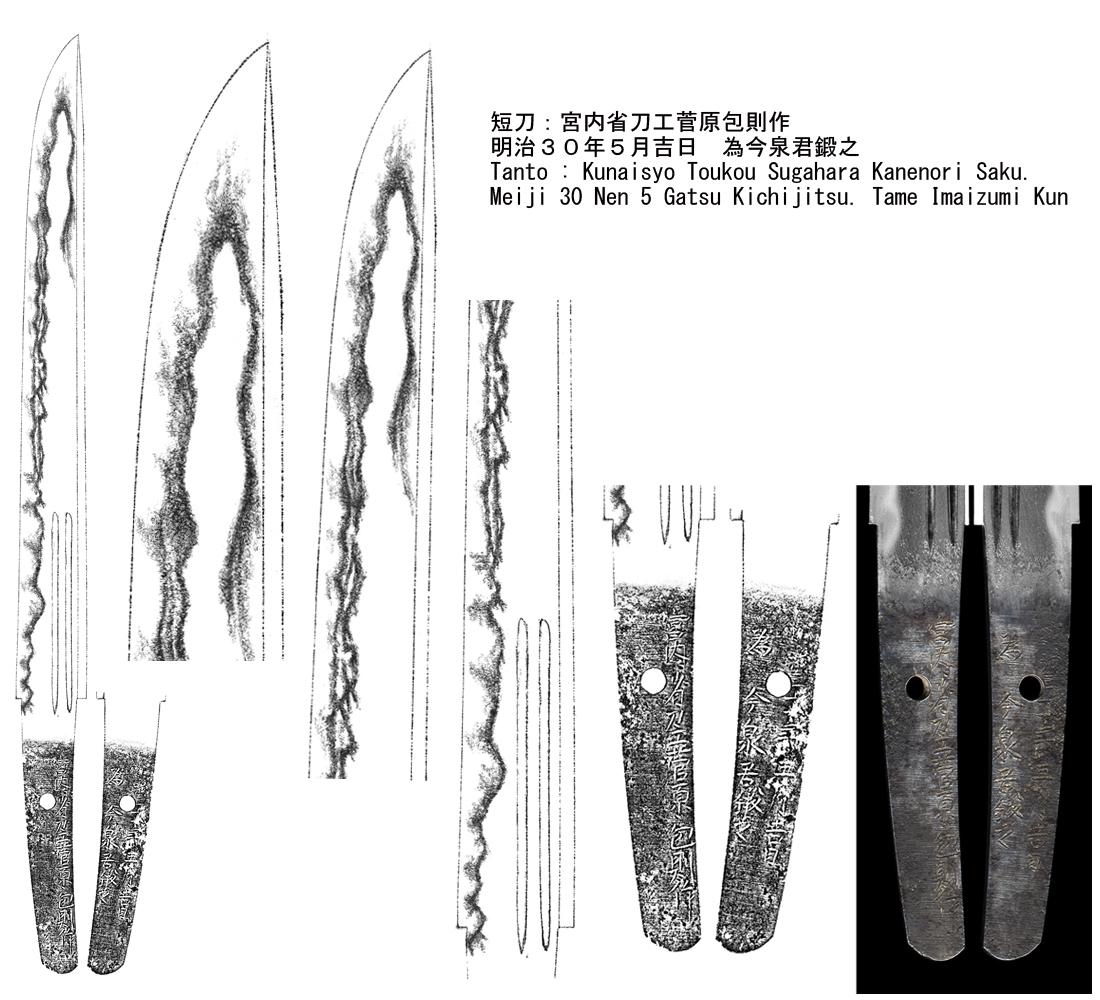