(On the blade,engraved some words:
Koukou No Kohai Kono Issen ni ari.)

Special feature : Hideaki is called Horii Toshihide who is well known sword smith from Taisyo ro Syowa war time.
At the war time during Russian vessel at Kokai , flagship Mikasa was damaged part of the main gun and brought back to Japan.
Navy officers considered and decided to make swords, and Tanto by using damaged main gun. According to the history, about 3000 swords and Tanto were made and sold from the Suikosyo company.
On the sword, Japanese Kanji is engraved that Tenno family’s country’s up and down is this war itself
And these swords became and rise the moral of an interest navy. 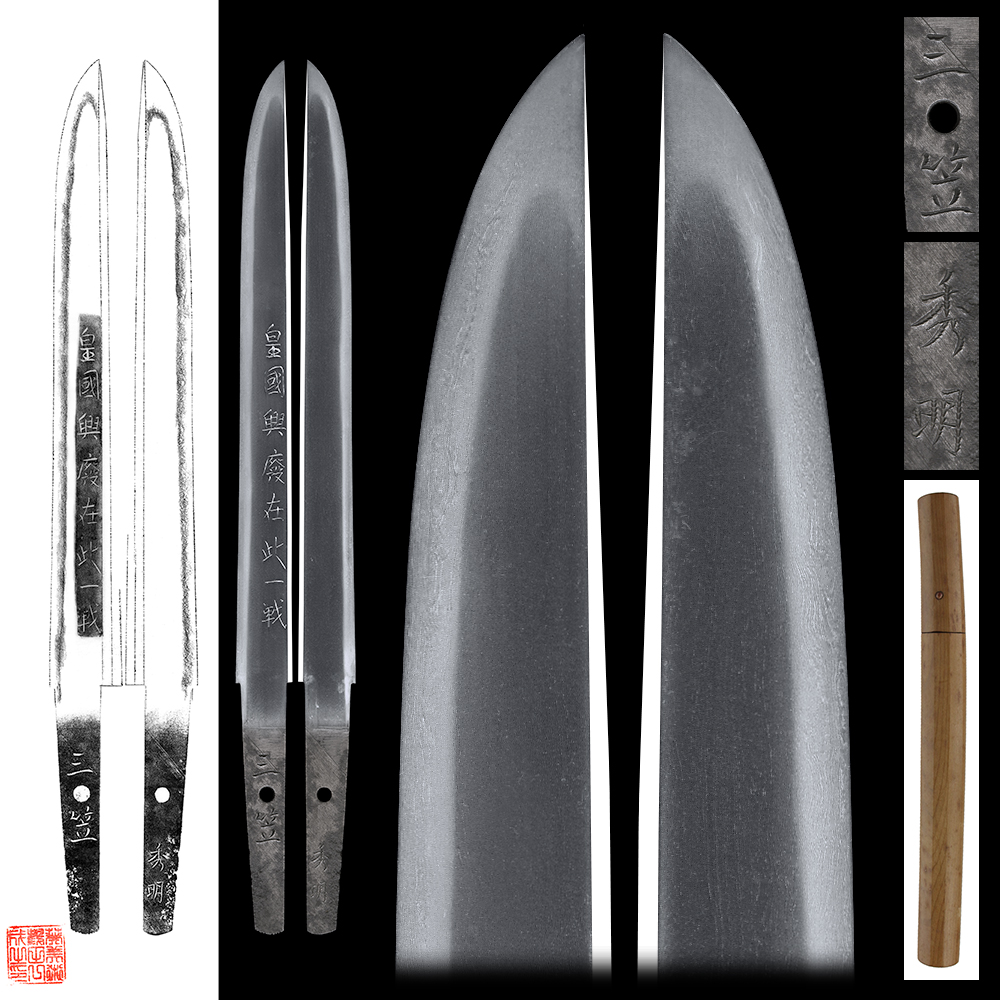 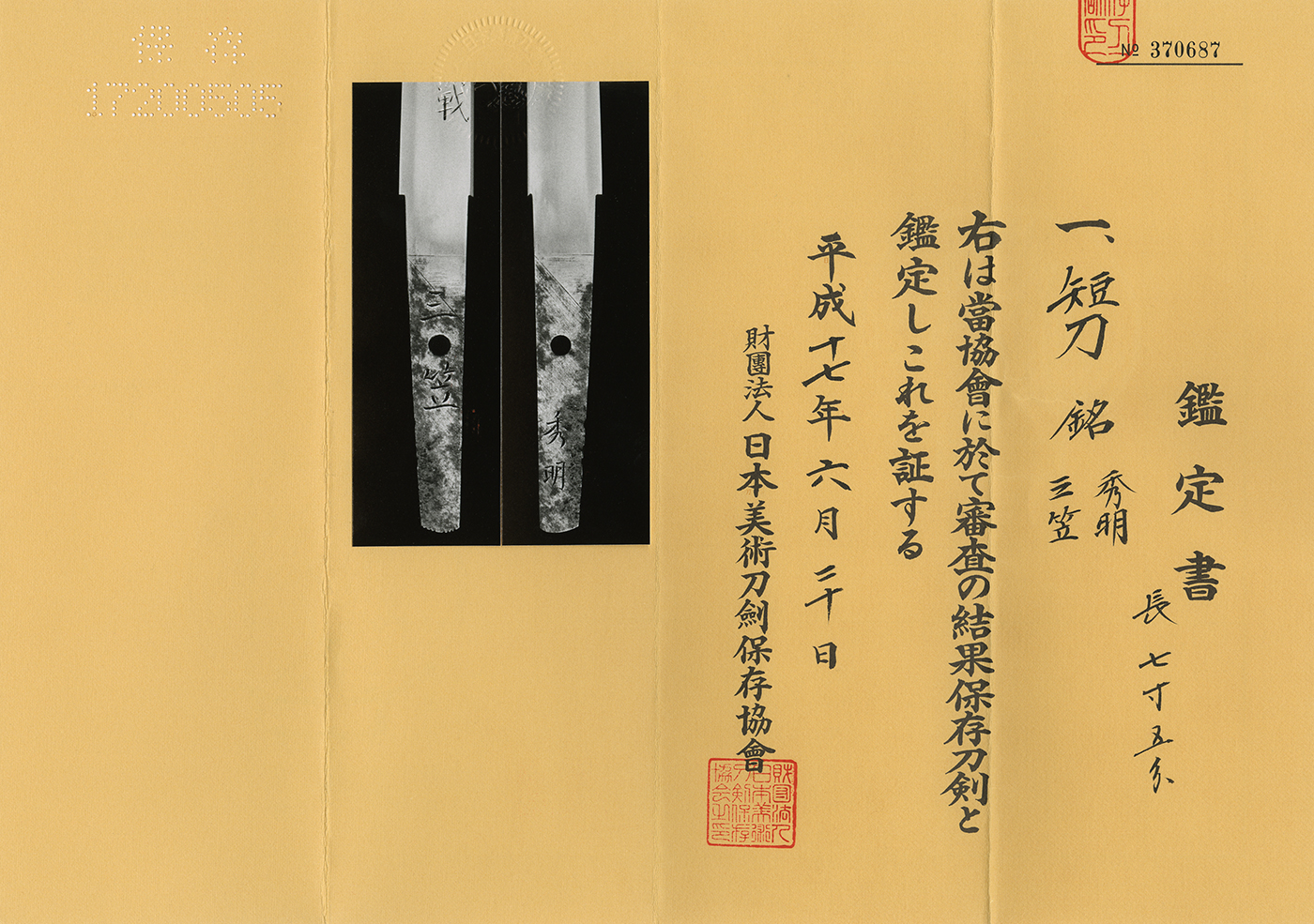