Special feature : Kaibu is near the valley of the O-igawa, Tokushima.
The first generation Kaibu Ujiyoshi was making sword from early Muromachi period
however later on there were much mass produce items made.
They made products that is close to Nata rather than Nihonto.
Most of them were called Katakiriba style which is rather strong looking.
The signature was mostly engraved on the blade so it is rare to see signature on the tang.
Those katanas were popular to the pirates of the Seto Inland seas.
The jigane is well grained and is slightly rough texture. The wakizashi was focused
on the sharpness so there is only few made.
The cherry tree inner bark was used to make the saya and tsuka at the time.
There is a municipal Kaiyo Museum in Kaibu city,Tokushima Prefecture
so there are pieces from Koto period to late Edo period.
This piece is a sword from late Edo Period. the jigane is good
because unlike the pieces of that time. there is much better jigane used.
It is thick kasane nice work. 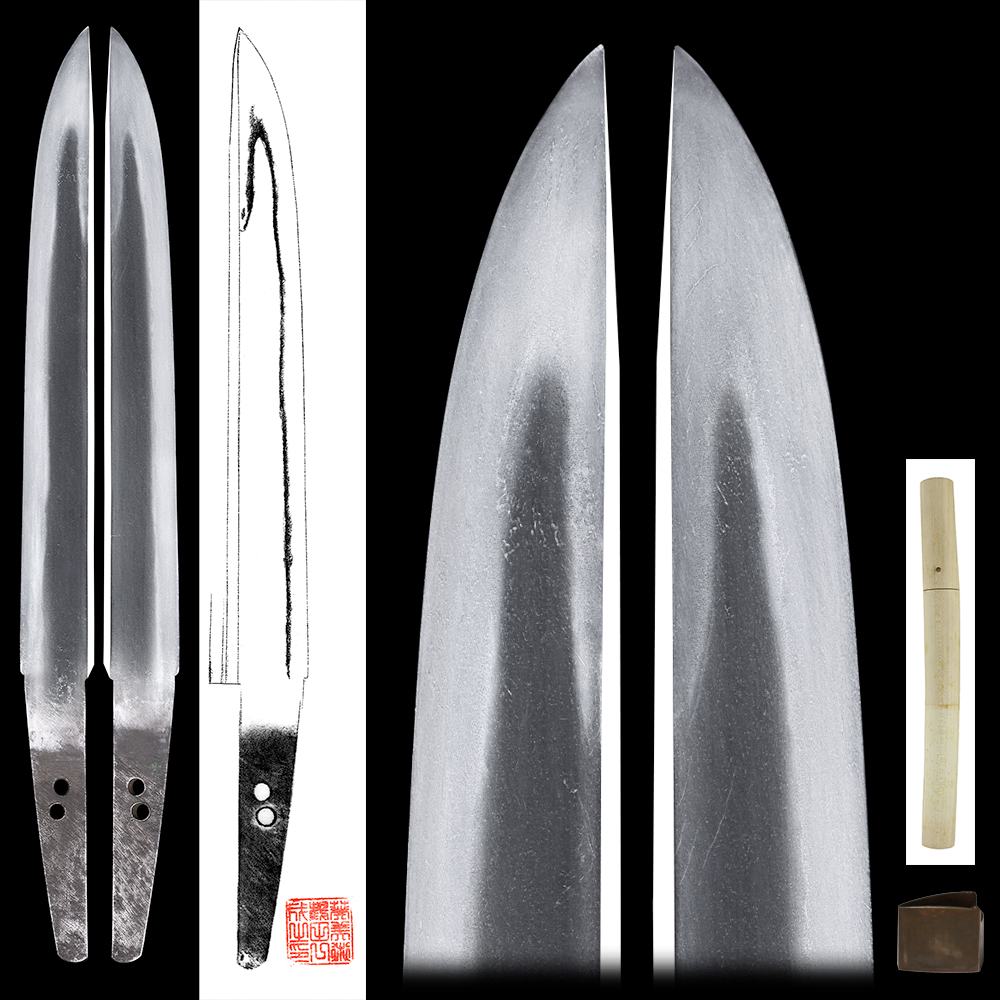 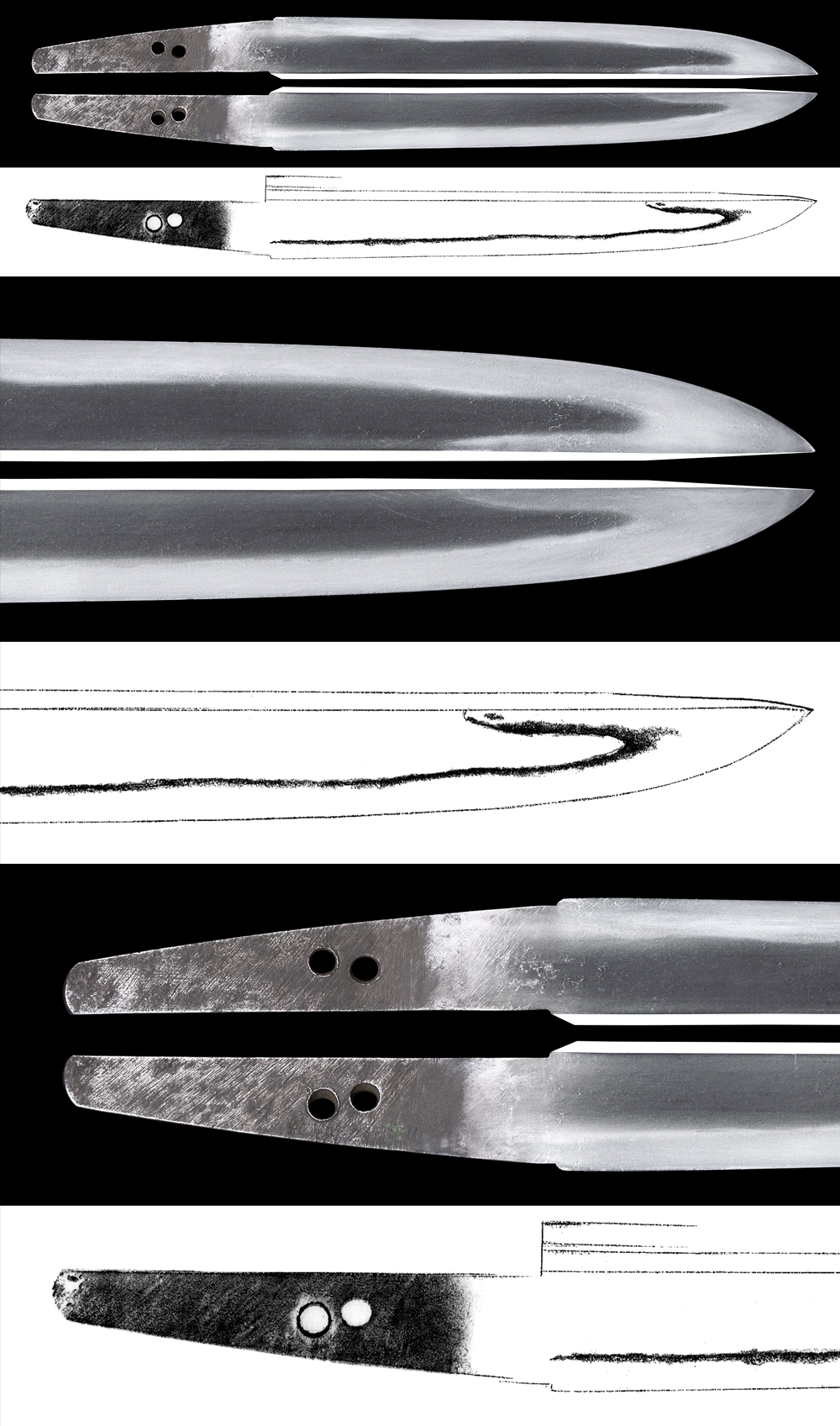 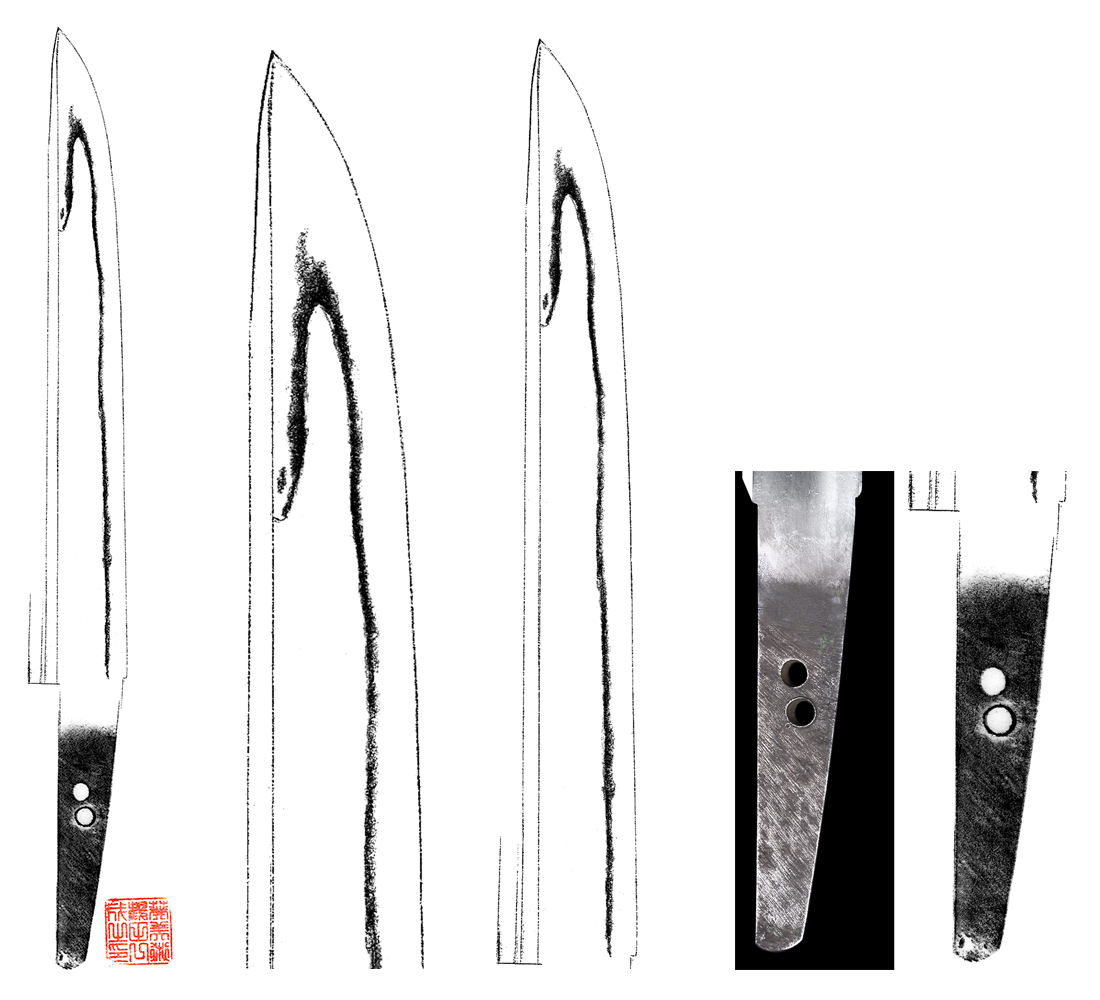 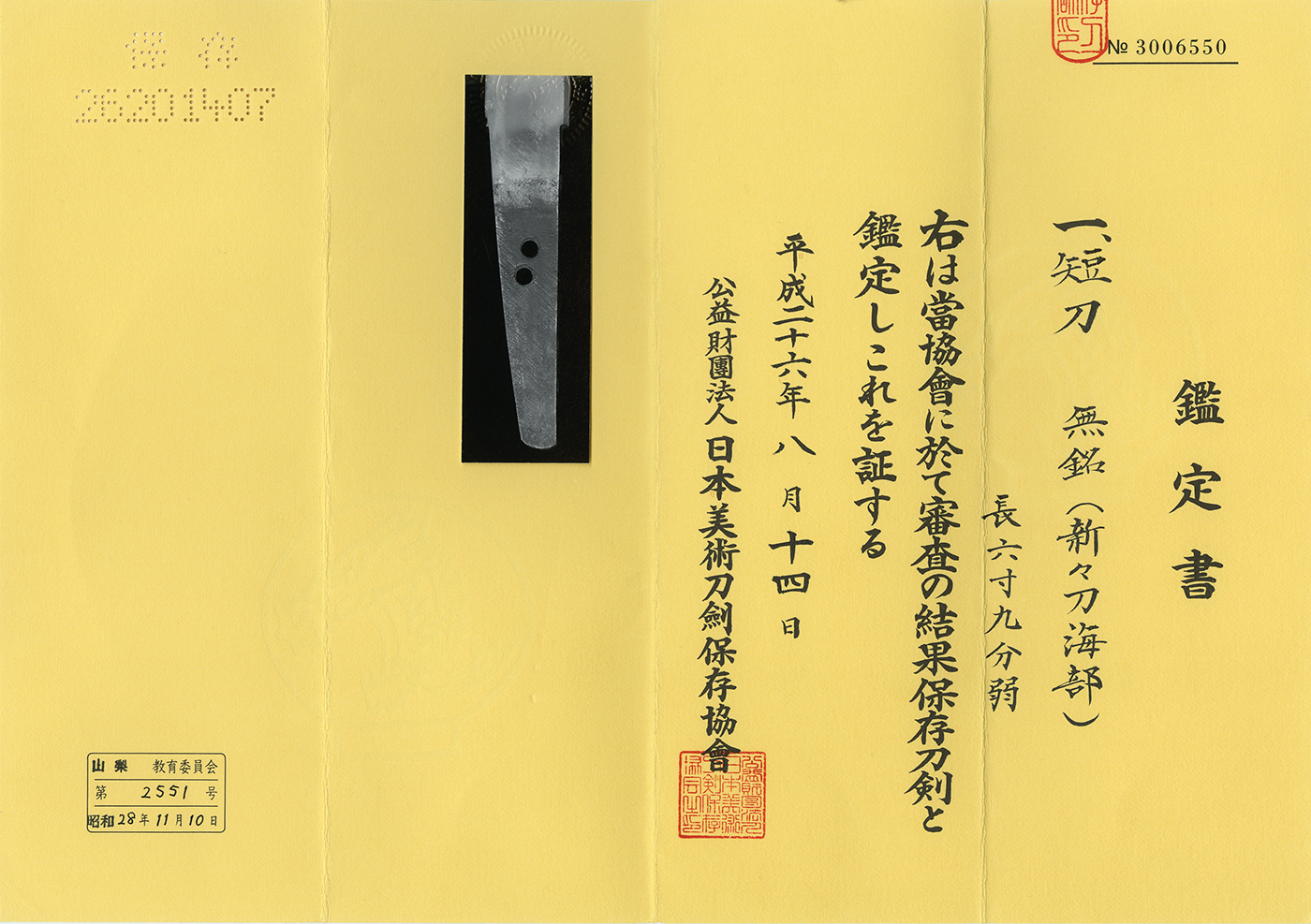 Tanto in Shirasaya, with Koshirae. Guarantee: NBTHK Hozon Paper. We will submit to NBTHK Hozon shinsa(examination) if requested. We will buy back this sword if the sword did not pass shinsa. Signature : Bishu Osafune Suke…(Sukesada) Eiroku 3 nen 8 gatsu (August 1560) (We divide 4 sections for each sword as Saijyo saku, Jyojyo saku…