Special feature : Gassan Sadakatsu was born at Meiji 2nd year(1869).
He was a son of the great sword maker Gassan Sadakazu.
First generation Sadakazu was obliged to spend very hard time because
of Haito rei (decree banning the wearing of swords）a lot of sword makers closed their business.
But after several years later, decree banning the wearing of swords was changed
and they are permitted to to make swords. From that point,
he started to make swords and finally he became Teisitu Gigei in (imperial practical art member)
He was skillful to make any kind of school like Soshu, Bizen, Yamato,
Yamashiro and Ayasugi style Jigane and also engraving.
Especially his Ayasugi hada was overwhelming popularity and bang the bush.
Sadakatsu helped his father as Daisaku of his father's sword.
After he was died (Taisho 7th year age 83 years) Sadakatsu succeeded Gassan school.
He built a factory at Showa 10th in Nara prefecture.
He made a lot of swords for imperial household, army and navy officers and citizen.
He made swords and also Tanto both well balanced nice shaped items.
This Tanto is nice shape and has wonderful Gunome Midare Hamon.
The Koshirae has also nice gold lacquer. 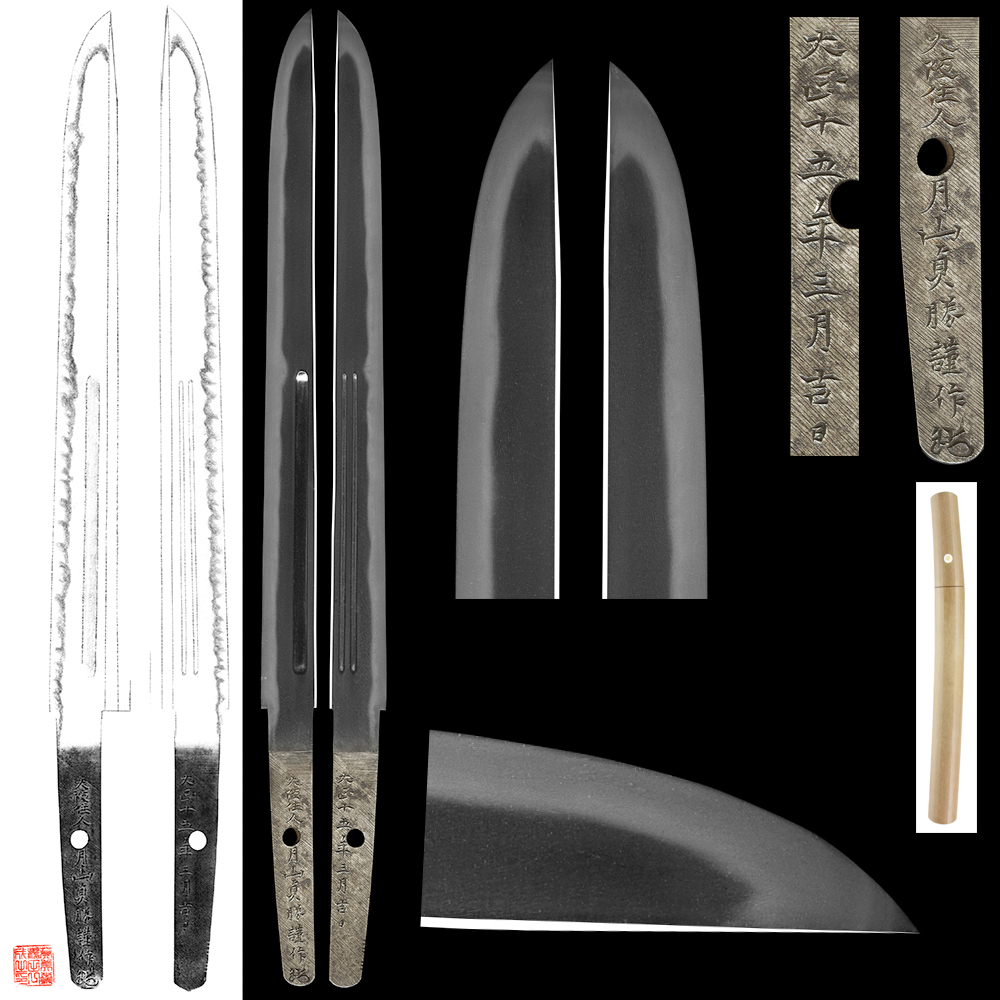 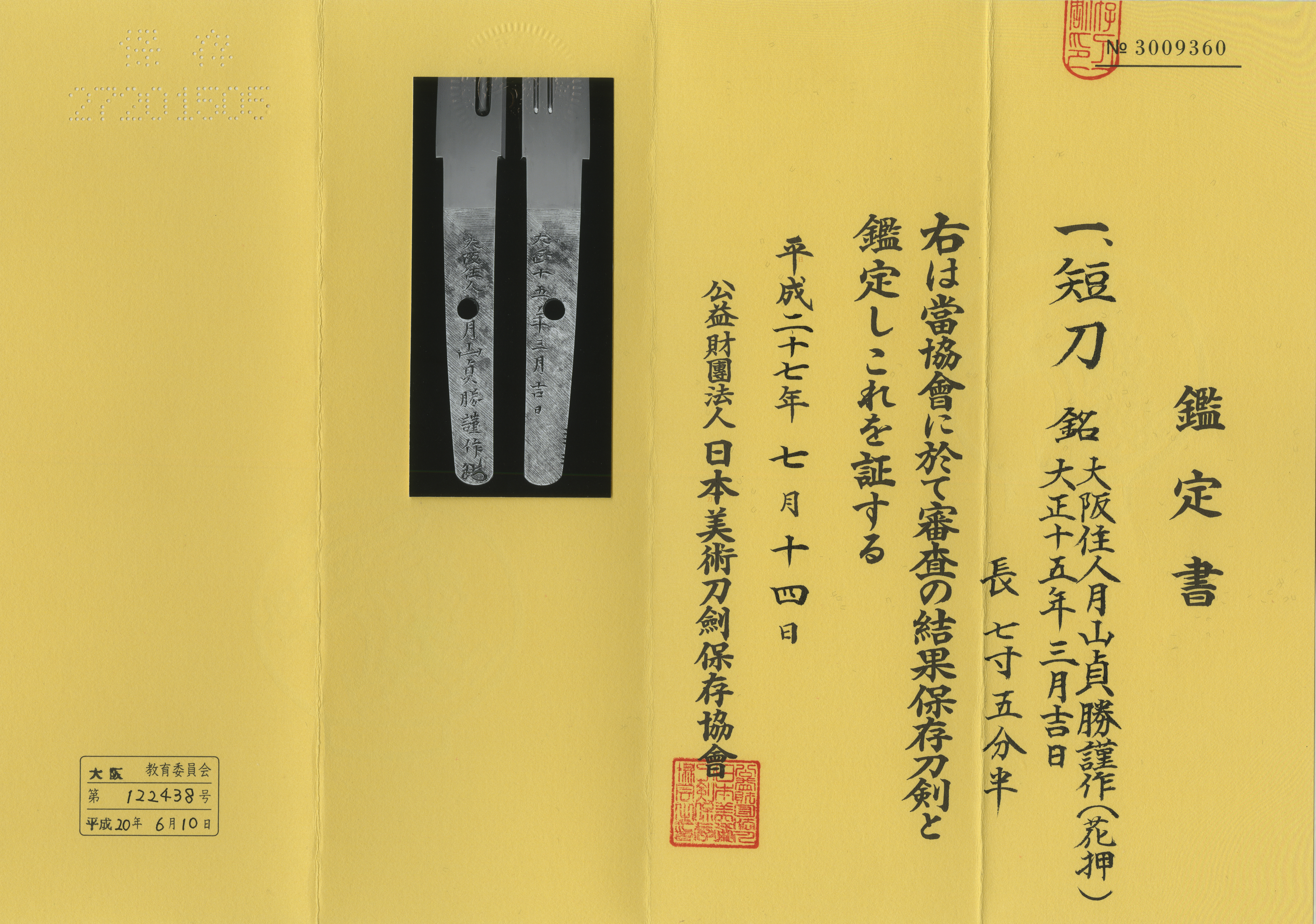