The blade was polished.
Habaki : Gold foiled double habaki.
Blade length : 29.1 cm or 11.46 inches.
Sori : 0.2 cm or 0.08 inches.
Mekugi : 1
Width at the hamachi : 2.73 cm or 1.07 inches.
Kasane : 0.36 cm or 0.14 inches.
Era : Late Kamakura period.
Shape : The blade is rather wide with mitsumune style Hirazukuri Tanto.
On the front, Suken and Bonji and on the back, Gomabashi are engraved.
Jitetsu : Koitame hada and mokume hada mixed with jinie attach nice Rai texture.On the Ji, utsuri appear.
Hamon : Niedeki sugauha base with rather thick nioikuchi and in Ha, there are many sunagashiKinsuji work.
Boshi is Hakikake style and turns back yakisage.

Special feature : Rai Kunimitsu was a son of the Rai Kunitoshi.
Rai Kunimitsu was skillful swordsmith who made suguha hamon and sosyu style active hamon.
He made a few Tachi and many Tanto made during his lie.
This sword was influenced by Sosyu style hamon with active wavy temper line.
Rai Kunimitsu is well known sword maker during so many years ago from the first stage.
Japanese government designated Rai Kunimitsu as national treasure 3 swords and 21 Jyuyo Bunkazai as special swords.

Historical background : At Genko 2nd(1332)(680 years ago) Emperor Godaigo tried to overthrow Government but failed.
So he transported to a tiny Oki island.
But next year, he and his allied forces defeated the government. 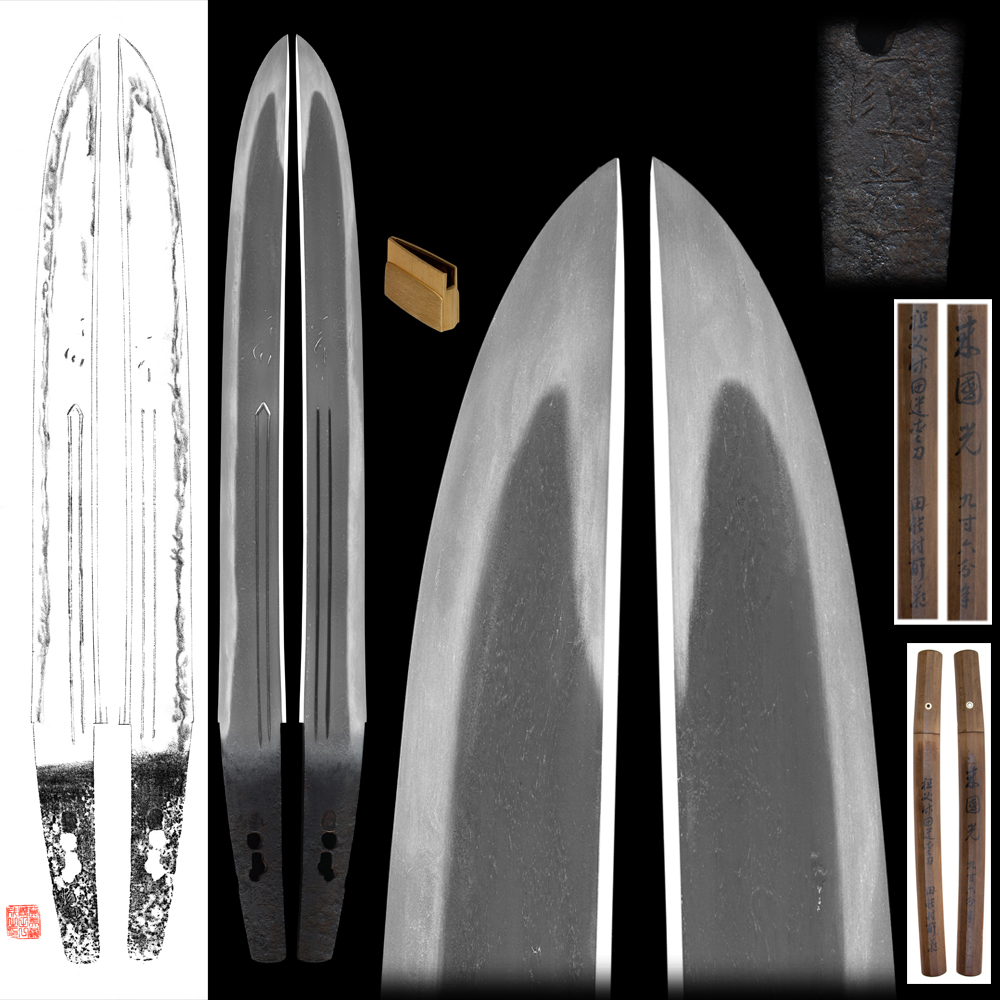 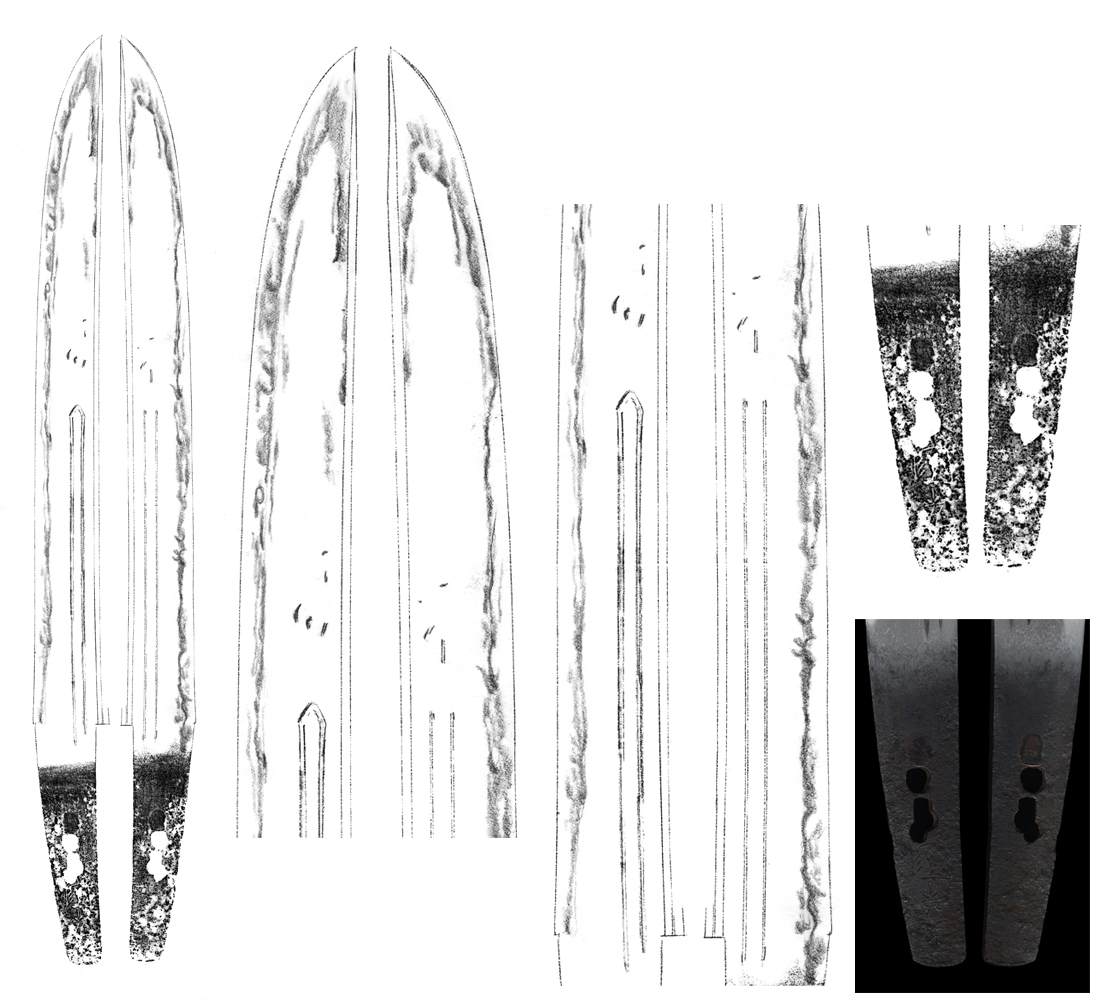