Special feature : Bicyu Kami Tachibana Yasuhiro was second son of the first generation Tameyasu who was called Tomita Gorozaemon.
First he was working at Kisyu provence and moved to Oosaka and made Ichimonji style and Gunome midair and also Doran ba midair hamon.
He was influenced gunome midair from Oosaka sword makers a lot.
This sword is Gunome cyoji midair with thick nioikuchi hamon.
The condition is very good without kiss and flow healthy blade.
Hamachi is healthy quite nice sword.

Historical background : Kanbun first (1661) August 19th Tokugawa Mitsukuni became a domain lord who was a grandchild of the Tokugawa Ieyasu.
He made a book of (Dai Nihonshi Big Japanese history)
He learned and influenced a lot from Chinese famous wise man Koshi which was exhort his though and belief Confucianism. 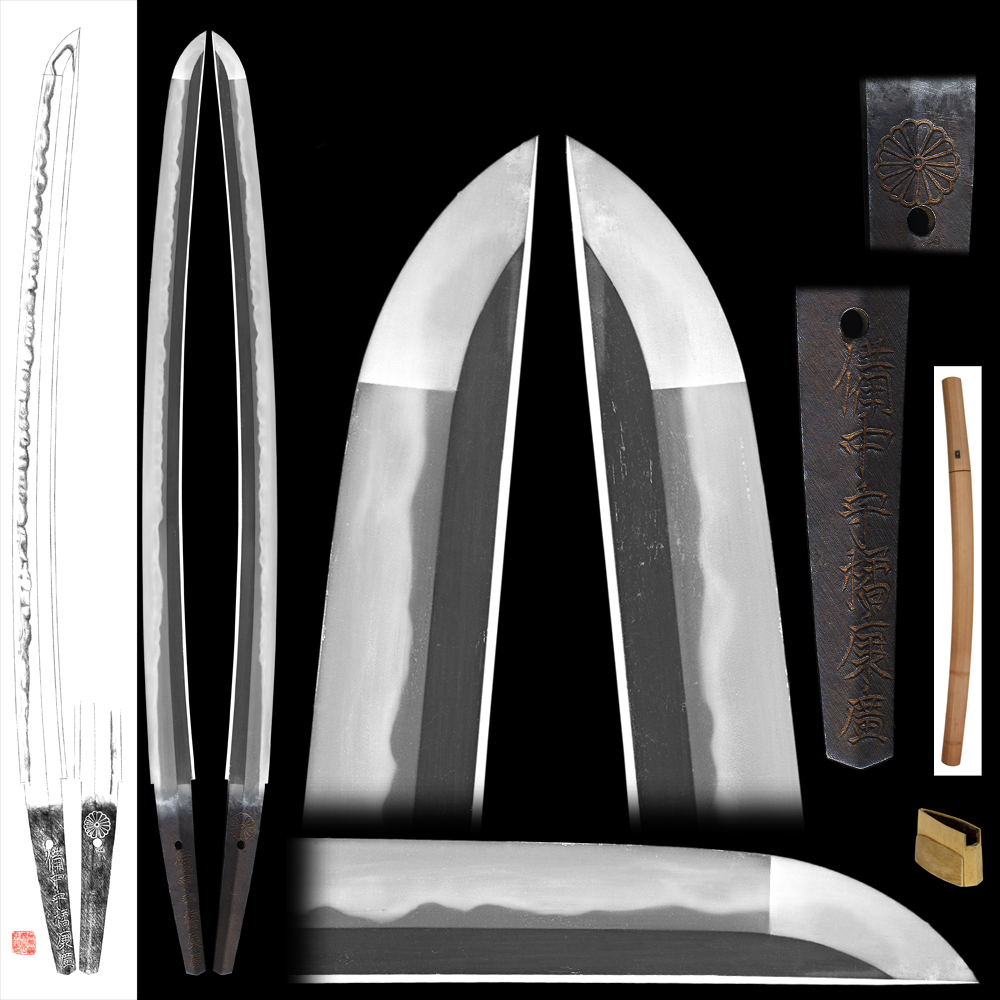 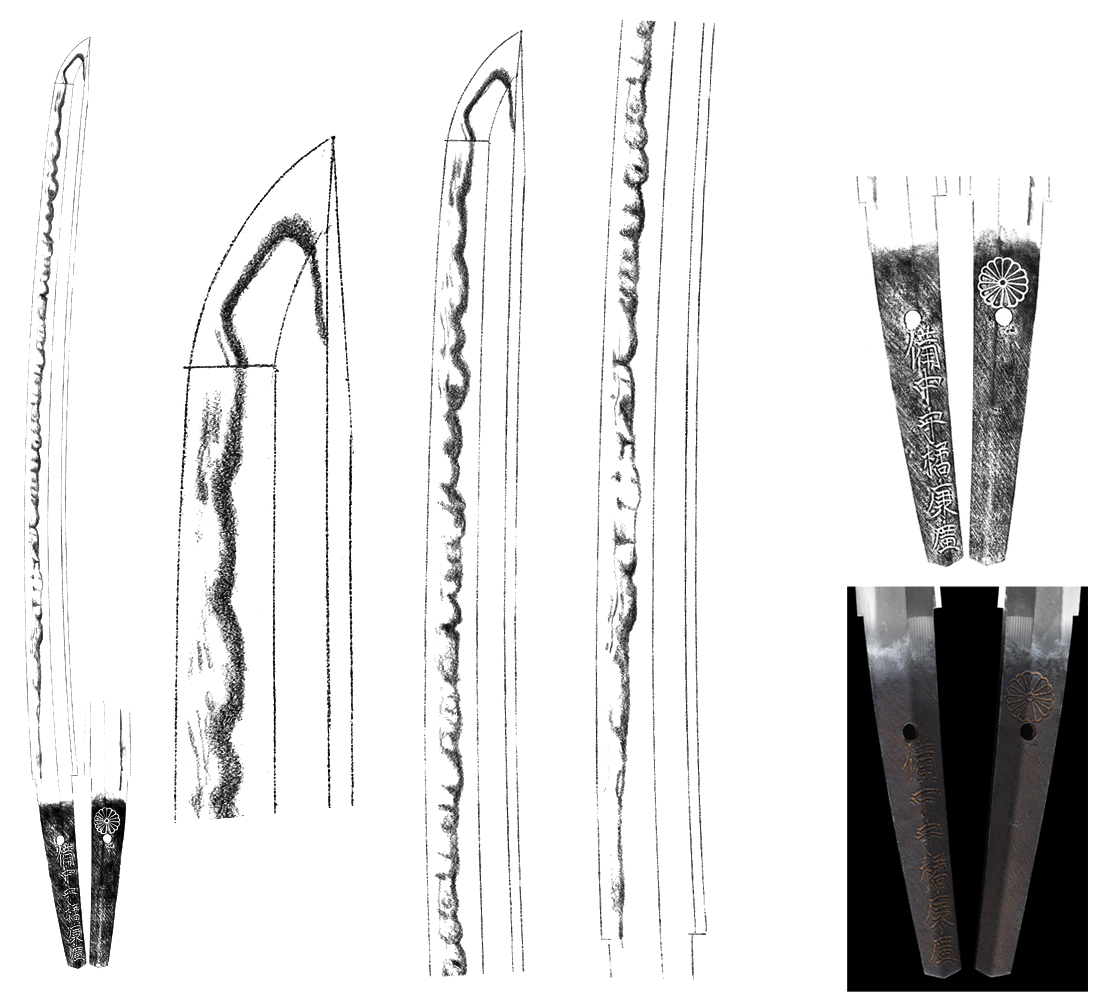