Special feature : Naotane, born Shoji Minobei in 1778 or 1779 at Yamagata in Dewa province, considering from his title Taikei used at a later date, his birthday is possibly 15th July, went to Edo and become a pupil of Suishinshi Masahide.
The Akimoto family in Yamagata province retained Naotane around 1812.
Naotane got the title Chikuzen-Daijo in 1821and stepped up to the Mino (No) Kami in 1848. As building up a solid reputation,
he got many invitations to forge sword in various places.
He added the name of place to inscribe the signature.
Naotane passed away in 1857, aged 79.
Naotane could make a variety of styles : Bizen-den, Soshu-den, Yamashiro-den and Yamato-den.
He was good at Bizen-den and Soshu-den in particular. His swords are ranked at the highest rank called Saijo-saku in the last days of the Tokugawa shogunate.
Especially his swords forged in the Tempo era (1830 to 1844) called Tempo-uchi are highly appreciated as his best examples attained maturity.
At Edo period Tenpo era, many sword makers made high ranking swords.
Generally we can understand if the blade was made Tenpo era, the blade is high quality without watching blade.
In case of the Naotane also which was made Tenpo era, many high quality blades were made like Jyuyo bijyutu national treasure.

Historical background : Tenpo no Kaikaku(Reform of Tenpo era) was done by Mizuno Tadakuni but failed.
At that period in Chin dynasty, the opium war occurred and spread the tension in Japan. 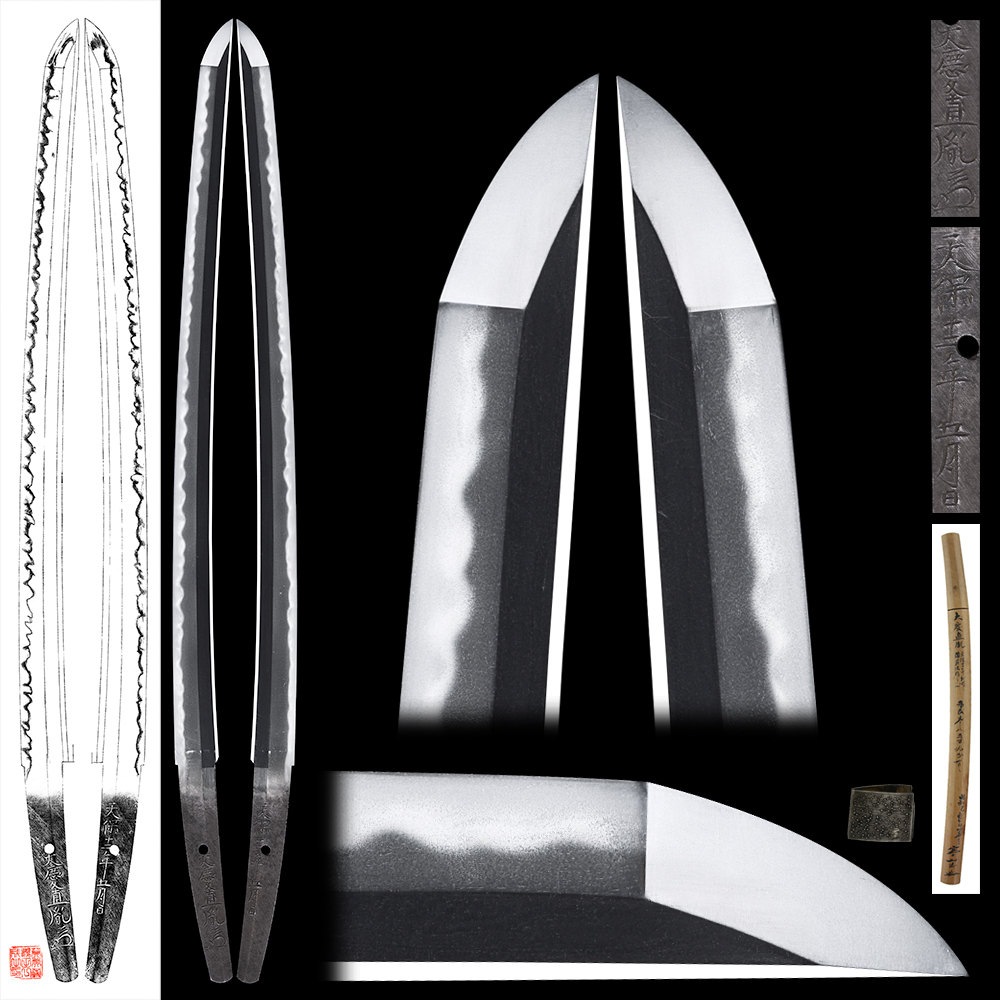 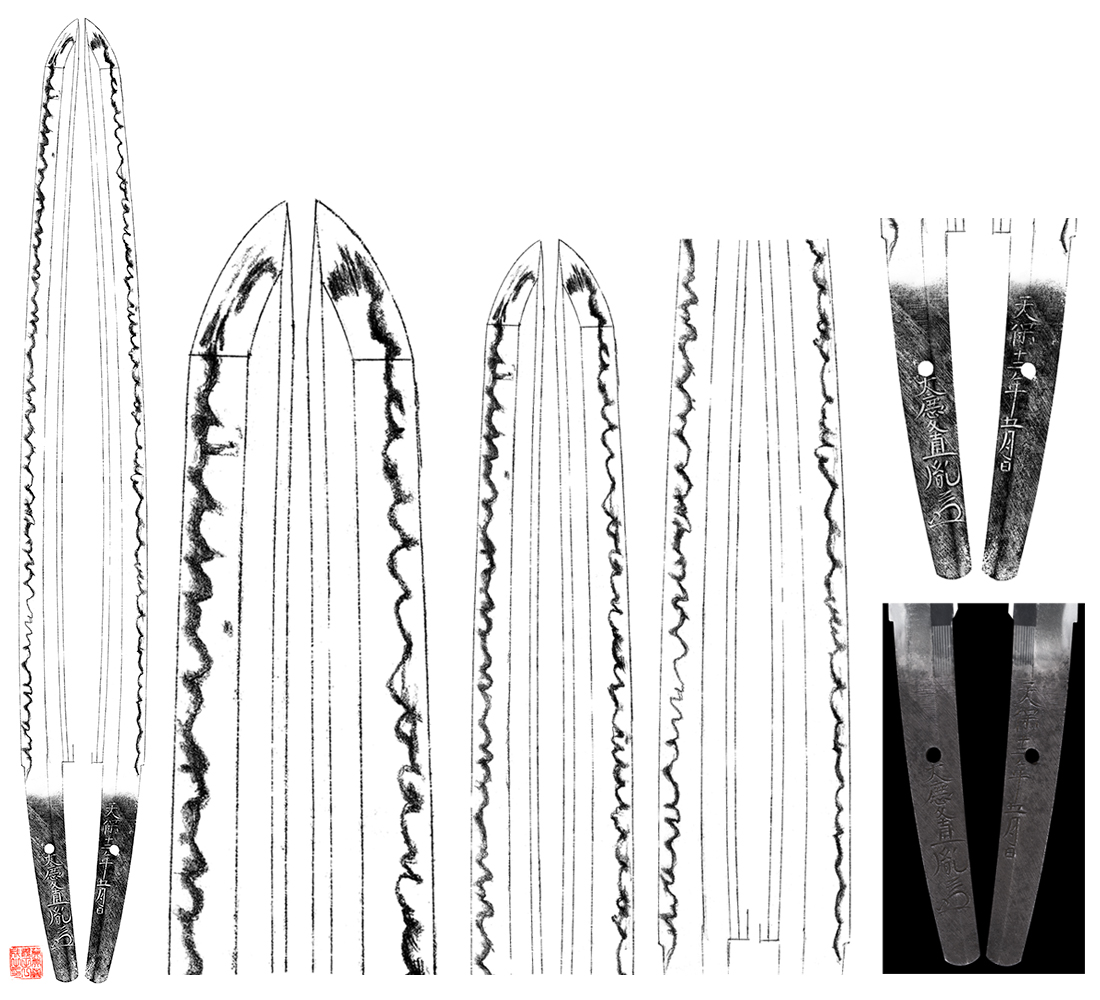 Wakizashi in Shirasaya with Koshirae (NBTHK Kicho Paper) Signature:Kanemitsu The blade was polished.(old policing) If you need polishing ¥25,000 will be added. Habaki :Shakudo single hanbaki. Blade length : 36 cm or 14.17 inches. Sori : 0.5 cm or 0.19 ...