Special feature : Tadakuni the First made this wakizashi.
He was born in 1598 as a son of Yoshiie.
Yoshiie was also a swordsmith of Hizen province.
Tadakuni was a pupil of Tadayoshi the First who consolidated the foundations of Hizen-to.
Tadakuni was designated Harima Daijo in 1634 at the age of 37.
At the same time he started to make sword for the domain of Ogi in Hizen province.
He passed away in 1691, aged 94. He was very good at gunome-midare hamon with deep nioi-kuchi and his sword was ranked at Shinto-Josaku.
This piece has gorgeous hamon and rare crab and peony engraving on the nakago.
It is excellent piece that has passed Tokubetsu Hozon paper.
It is cherished as family treasure and was handed down to the son who went to the war field.
The regretful farewell of parents and son could be imagined. 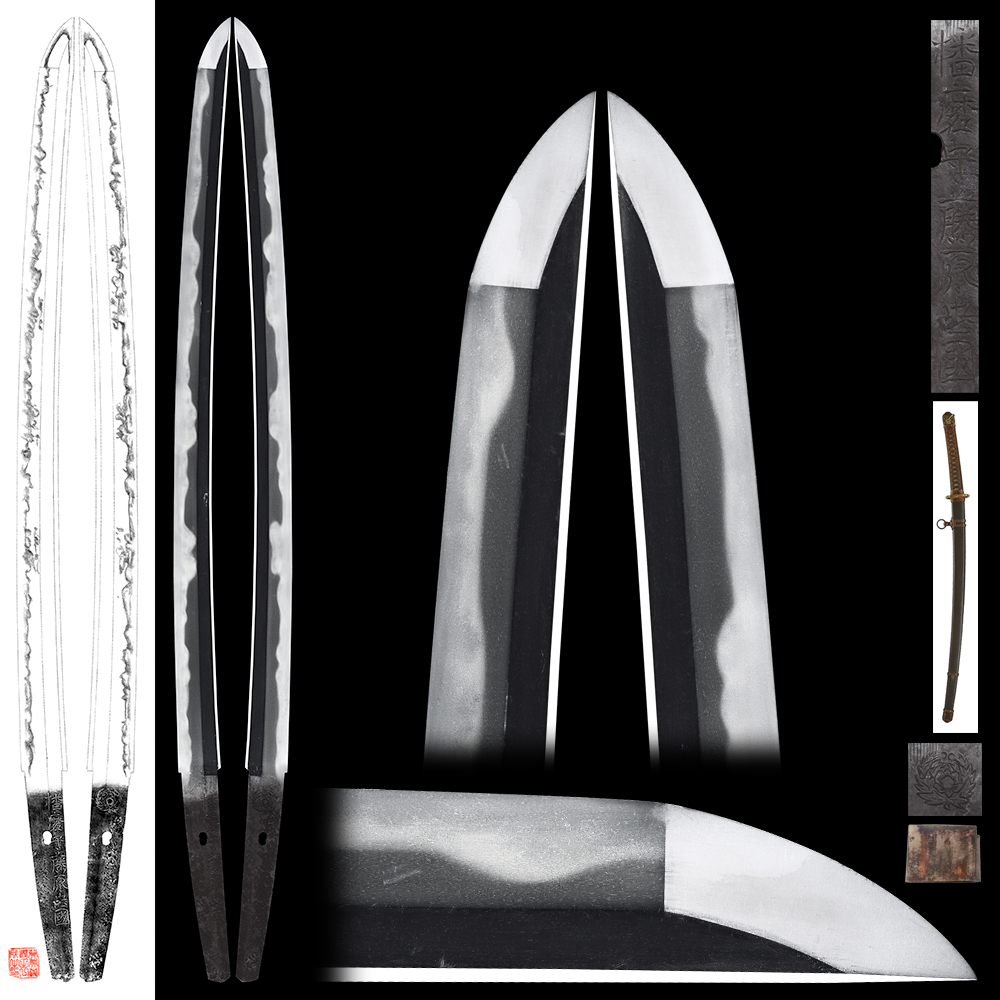 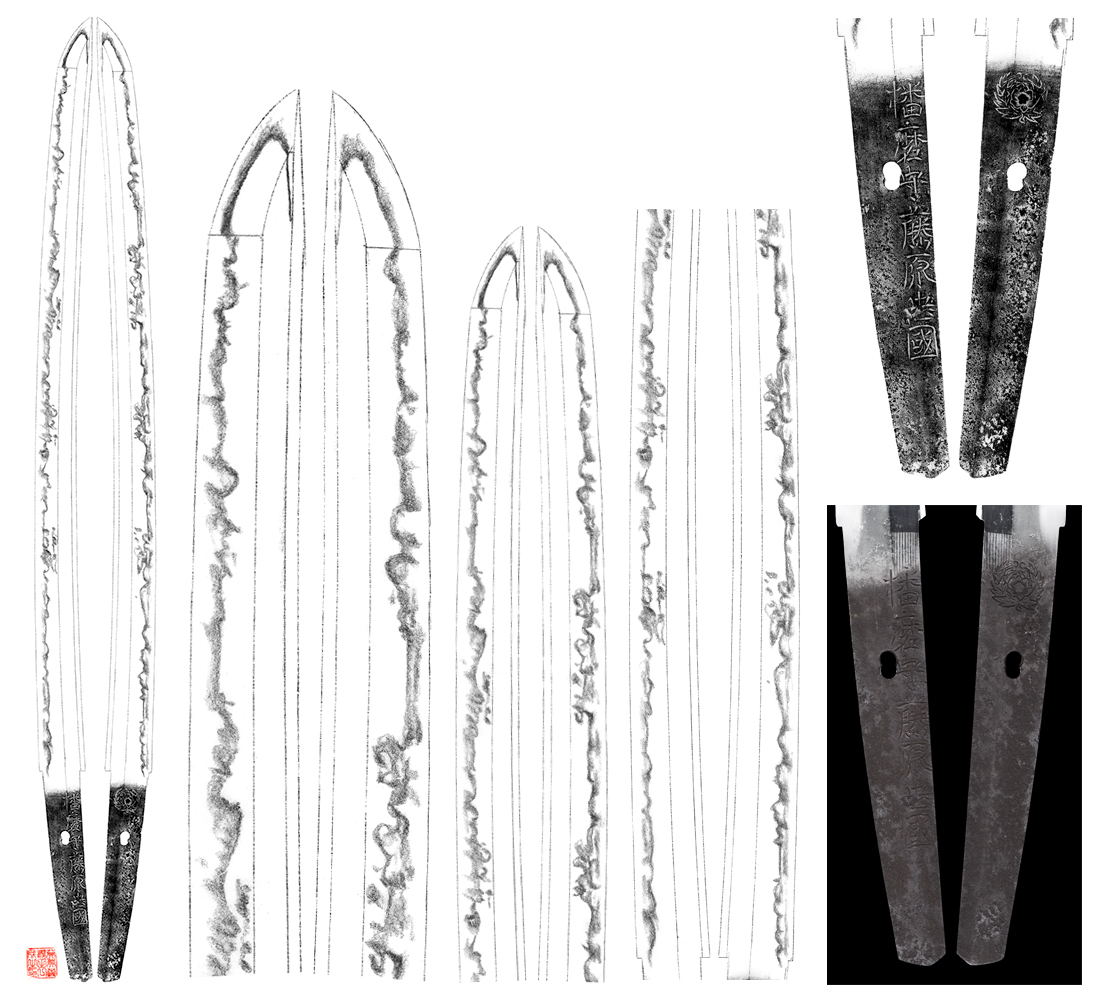