Special feature : Suishinshi Masahide the First forged this wakizashi.
It is an accepted theory that he was the founder of Shinshin-to.
Masahide was born in Dewa province, present Yamagata pref. in 1750.
It is said that he learned in his youth under Kunikane the Forth at Sendai
or a smith forging farming tools. Masahide went to Edo and learned under Miyakawa Yoshihide,
a swordsmith of Shitahara school on the introduction of a certain samurai at the age of 22.
Masahide started serving the Akimoto family in 1774 and studied the method
of forging sword from an independent standpoint. A daimyo; a feudal lord gave Masahide foreign steel called Namban-tetsu to study. On early works he was fond of brilliant Toran-ba modeled
on Sukehiro that had a tendency to break so he tried to the revival of Koto blade forged
in the Kamakura period aimed at the sharpness. He went to Edo in 1781
and learned Bizen-den under Ishido Korekazu, Soshu-den under Tsunahiro.
Masahide was also an educational swordsmith to discipline an array of excellent pupils,
Taikei Naotane, Hosokawa Masayoshi, Chounsai Tsunatoshi and others.
Masahide passed away in 1825, aged 76.
Suishinshi Masatsugu was a son of Kawabe Sadahide. Sadahide passed away at
an early age so Masatsugu learned under Taikei Naotane who was a pupil of Suishinshi Masahide.
Masatsugu worked as a retained swordsmith of the domain of Tatebayashi in Busyu province.
He lived at Okachimachi in Edo. Masatsugu was so excellent among the Masahide clan to succeed
the clan as the Third using the title Suishinshi. He passed away in 1860, aged 47.
This sword was made at Tenmei 2nd year his aged 36. which is the most active age. 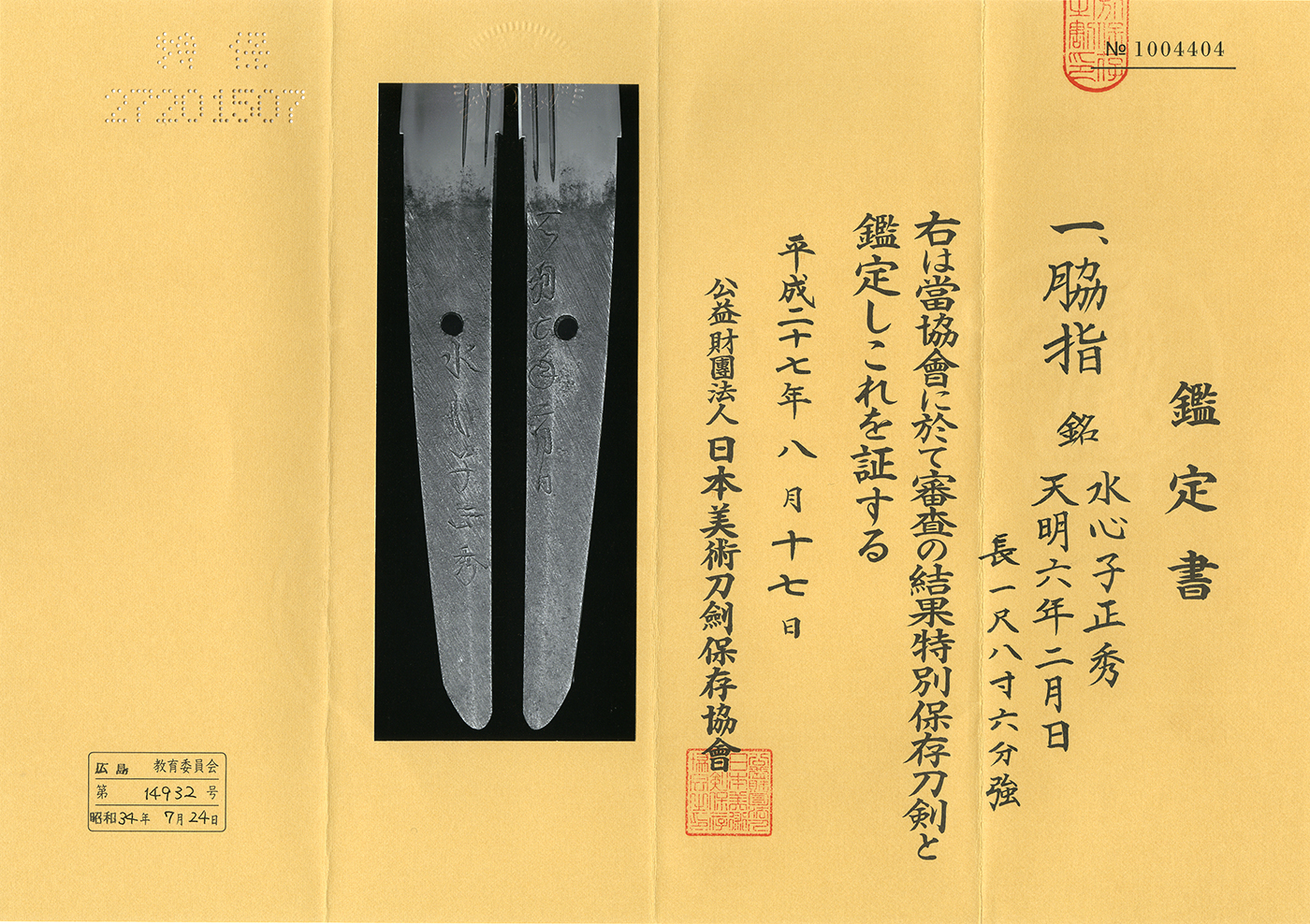