(We divide 4 sections for each sword as Saijo saku, Jojo saku Jo saku and regular saku)
This sword belongs to Saijo saku ranking.

The blade is polished by high ranking polisher.
Habaki :Gold foiled double habaki.
Blade length :30.7 cm or 12.1 inches.
Sori :0.1 cm or 0.04 inches.
Mekugi : 2
Width at the hamachi :2.94 cm or 11.6 inches.
Kasane : 0.52 cm or 0.20 inches.
Era : Late Kamakura period.
Shape : The blade is rather wide and thick Mitumune style Sunnobi Tanto. On both sides of the blade, ‘Bonji’the Siddham script mentioned as Acala and Daikokuten are engraved.
Jigane : Itame-hada and Mokume-hada mixed with Hadatachi, Jinie attach. Texture can be seen well.
Hamon : Niedeki Suguha with small Gunome Midare. This blade is judged as Rai Kuninaga by Matsudaira Ukyo Dayu by Shumei. NBTHK also judged as same in Juyo paper.
First generation Rai Kuninaga was a student of the Rai Kunitoshi and moved to Settsu Nakajima.
This Sunnobi Tanto succeeded both Jigane and Hamon from Rai Kunitoshi.
The blade is rather wide and thick nice jigane and Hamon.
On the tang, clear Shumei mentioned as follow.
Furukiwame (old estimation) Nakajima Rai.
This blade belong to Matsudaira Sakyo Dayu (Matsudaira Terutaka).
He has born at 1665 and became Daimyo of Takasaki domain at 1691, and then became Roju of Edo Shogunate at 1717. Shumei has been done by Terutaka himself.
It is very difficult to find a blade with enough detail about the previous owner. We recommend this precious Sunnobi-Tanto to you. 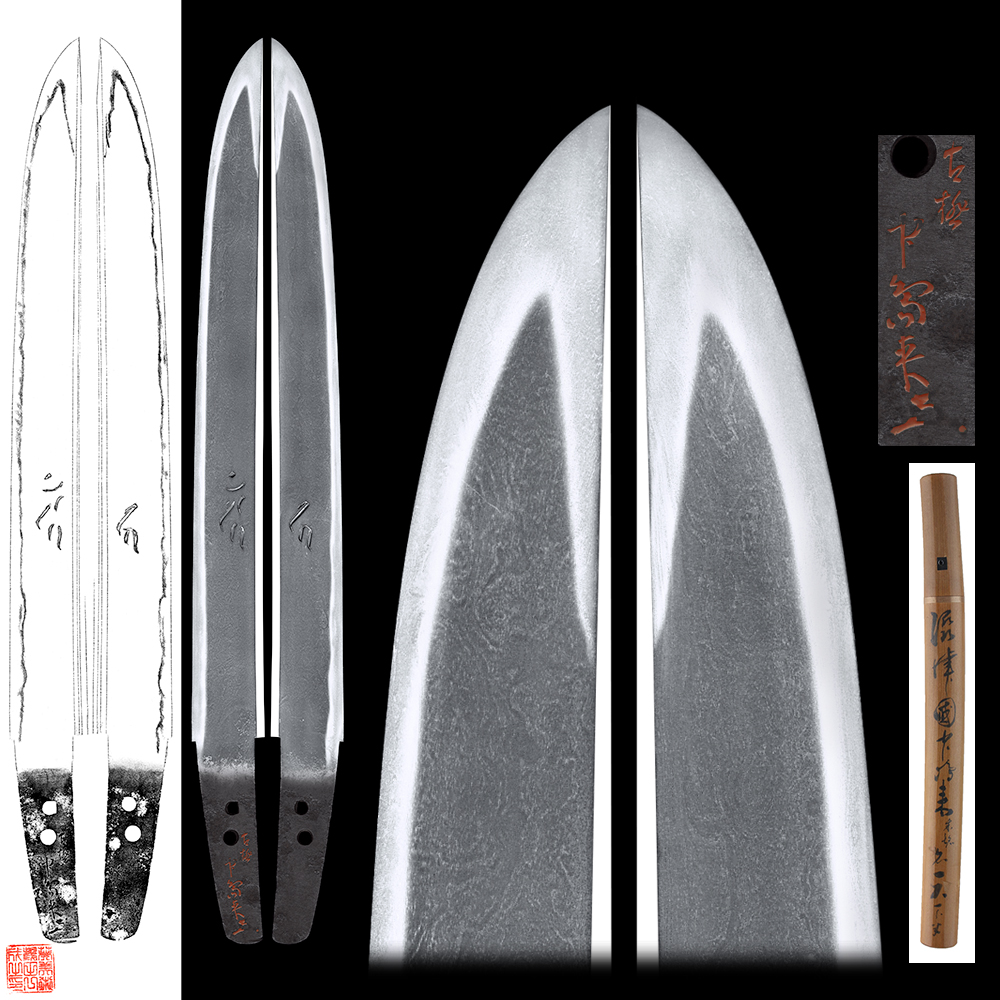 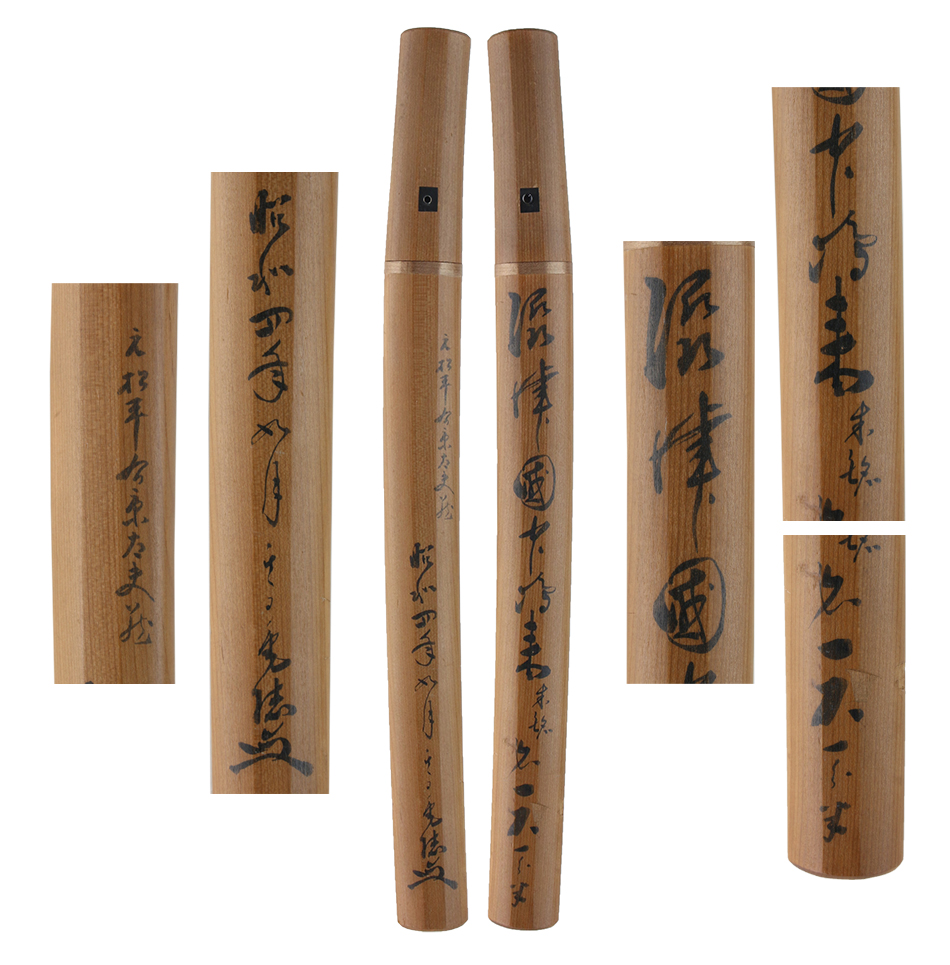 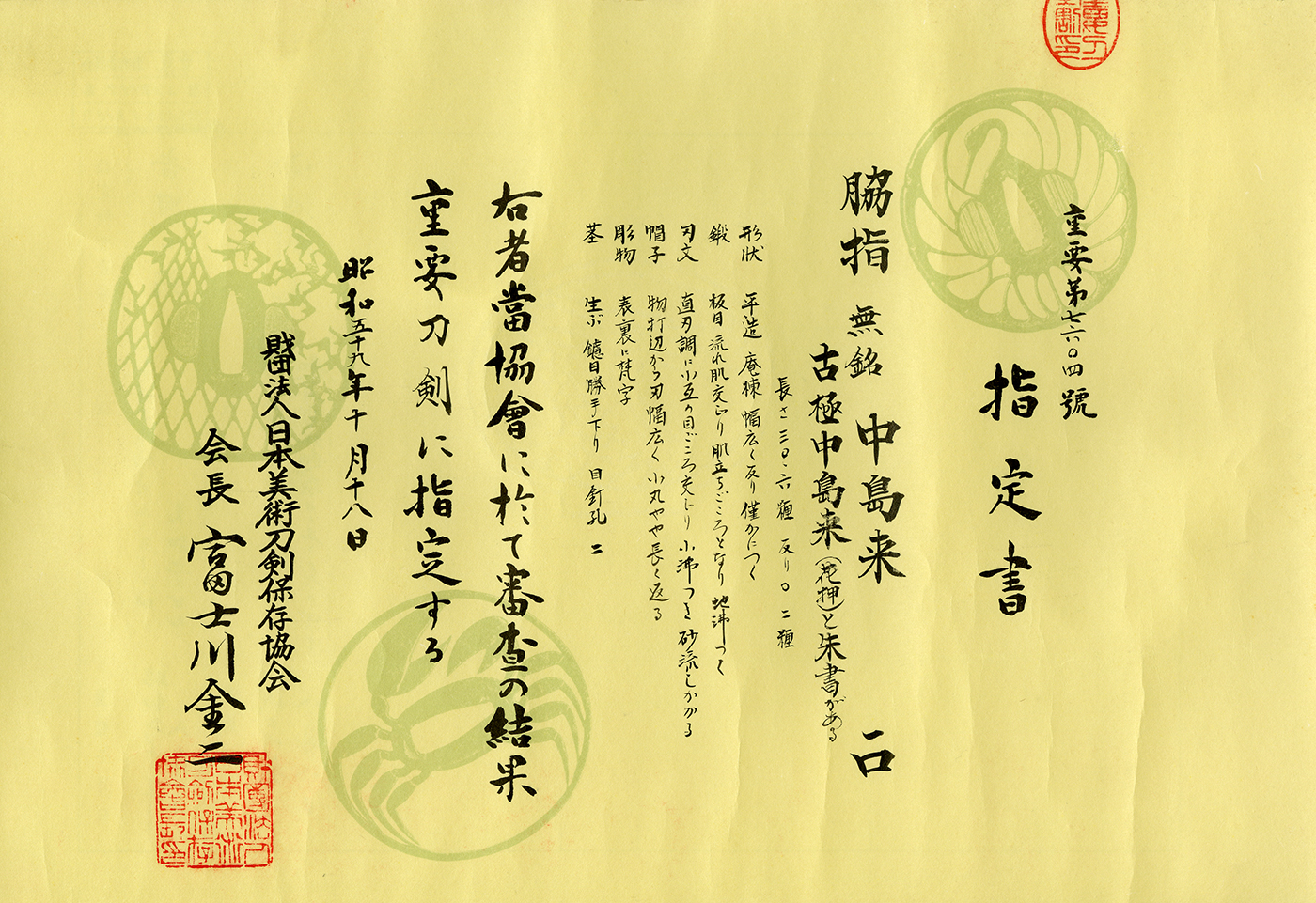 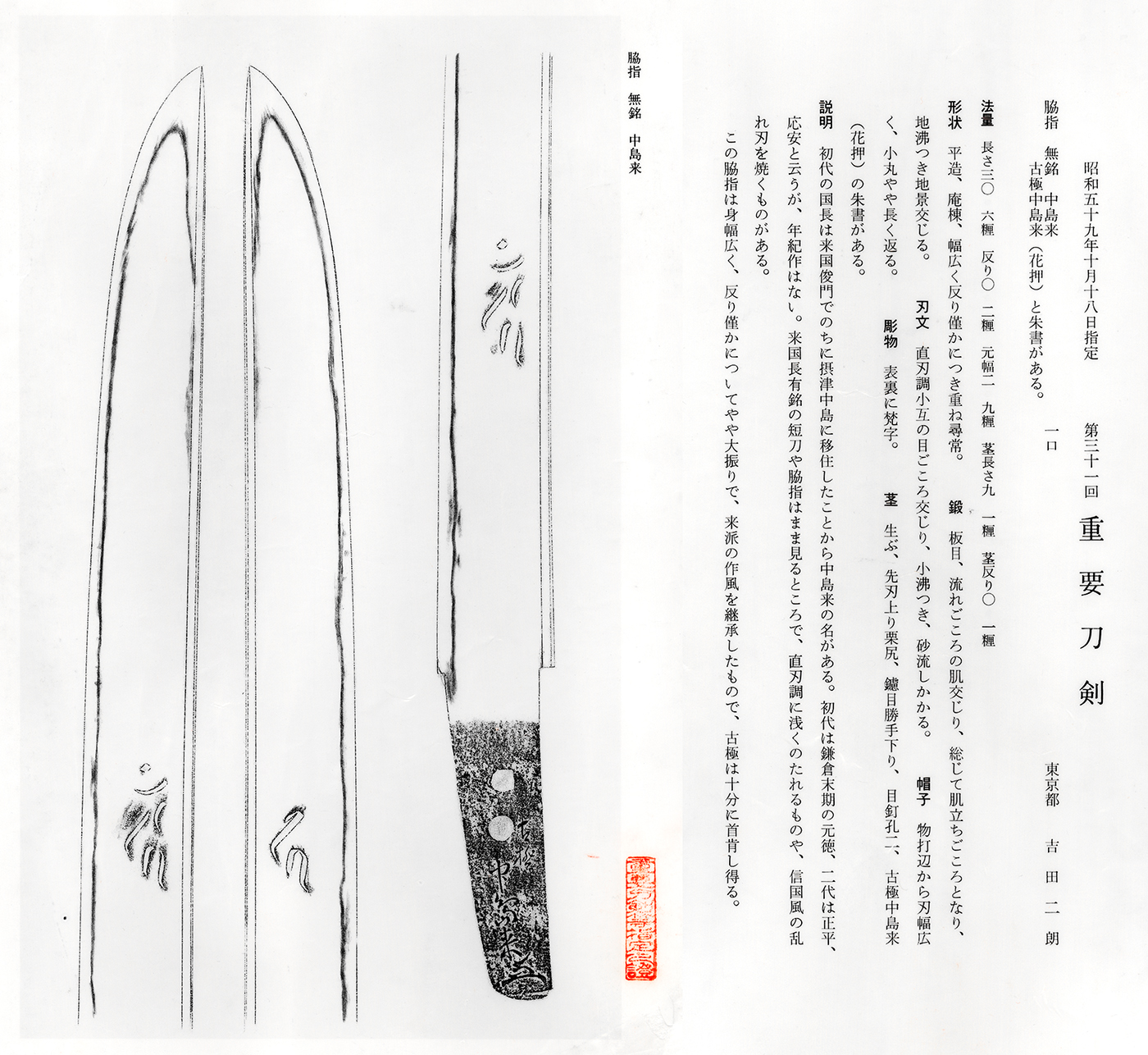