Special feature : Mutsu Daijyo Miyoshi Nagamichi was a sword smith of Mutsu Aizu Domain in Edo Period.
He was a son of Miyoshi Masanaga and was called Miyoshi Fujishiro.
He has passed away Kyonen 2nd when he was 53 years old.
At the time, he was studying under Kotetsu and often called Aizu Kotetsu. His works had high resemblance to Kotetsu work.
It is often appraised that the sword is Nagamitsu or Kotetsu when the Boshi had curvature and round end.
He was born in Kanei 10th year and was born in Aizu.
After his father MIyoshi Masanaga’s death, he has forged sword on his own and
had descended the name of his father. He has received the post of Mutsu Daijyo at Manji 2nd year when he moved up to Edo.
He went back to Aizu Domain and worked as Aizu sword smith afterwards.
The sharpness is very good and had been popular as Saijyo Owazamono top sword smith.
Many of his deep nioiguchi works in Edo Period resembles Kotetsu work.
This piece is the typical Nagamichi work however, if it is re-polished there will be much sunagashi and kinsuji works appearing.
In any case, it is Saijyo Owazamono and is ranked in Jyojyosaku. It is wonderful work. 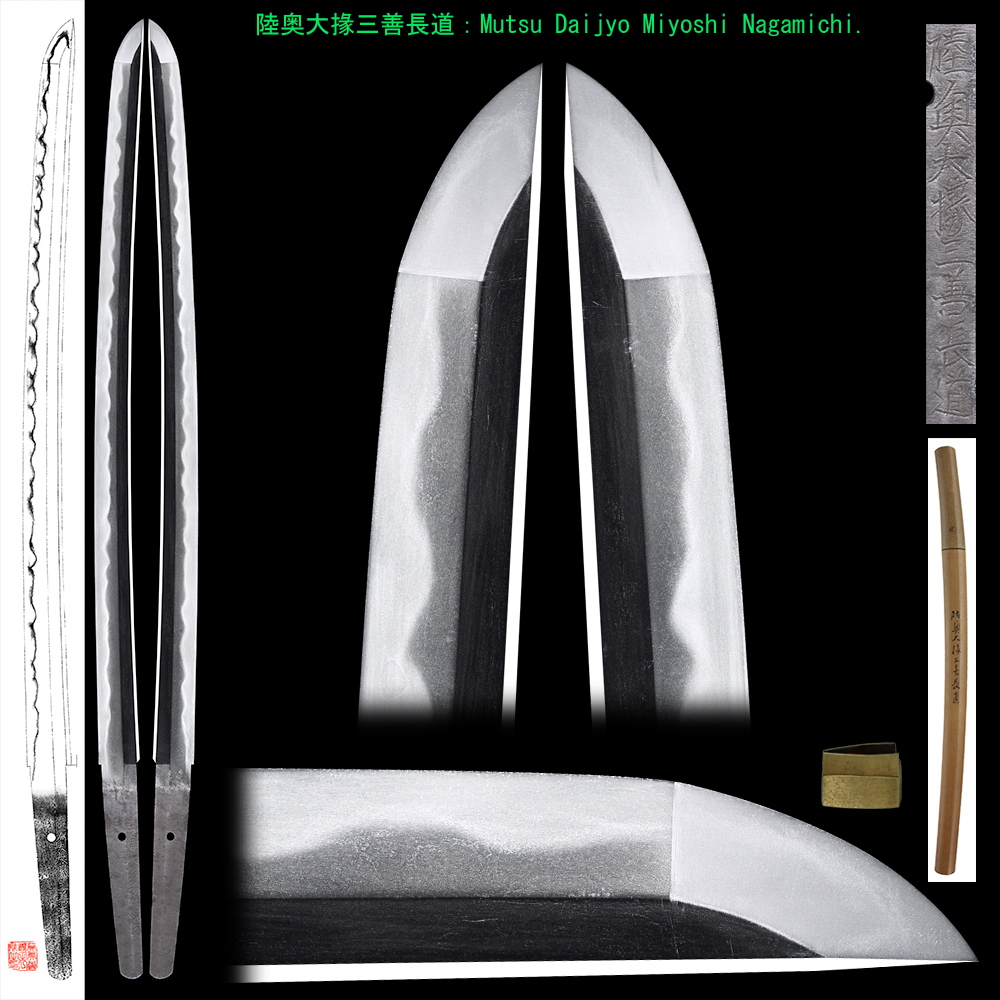 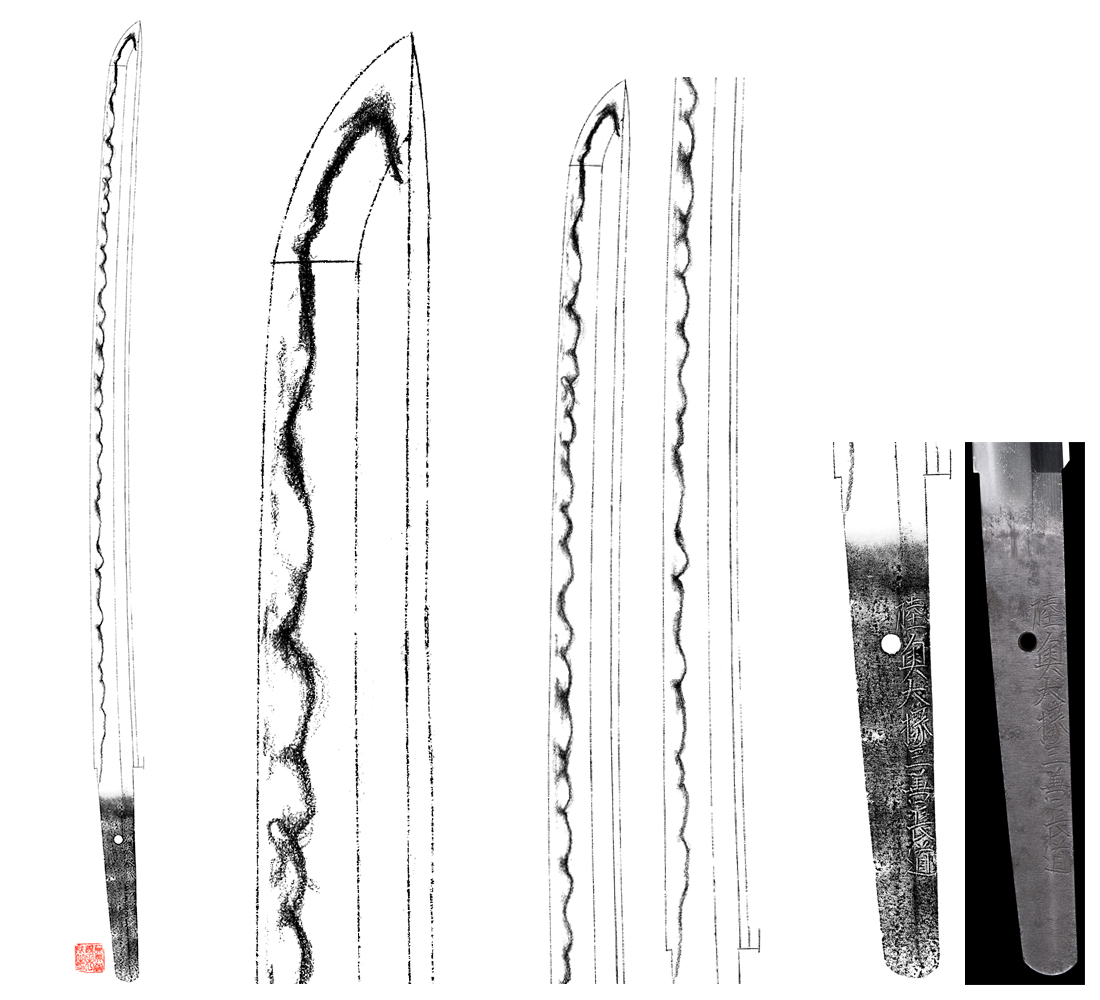 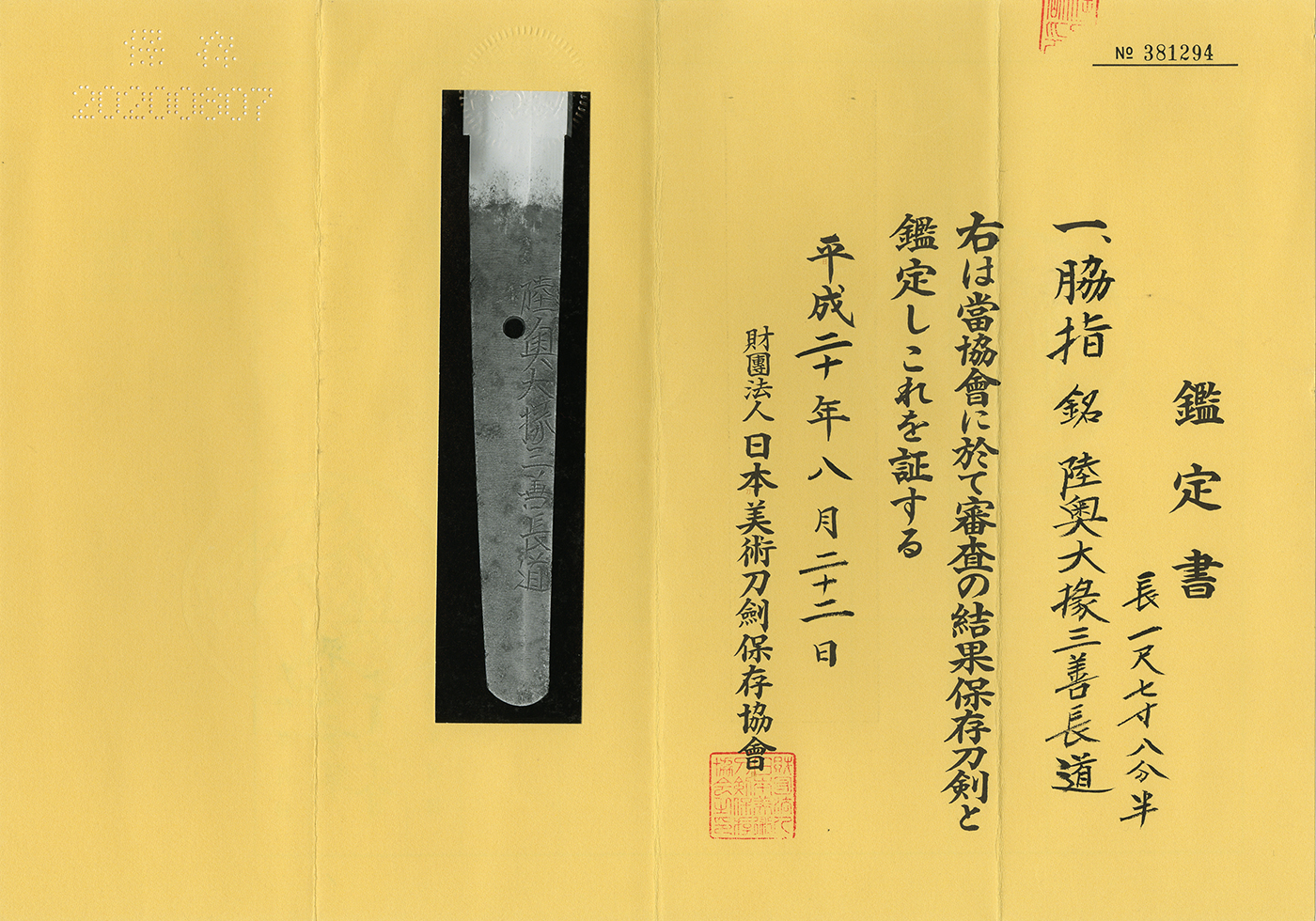