The blade was polished.
Blade length : 40 cm or 15.74 inches.
Mekugi : 2
Era : Late Muromachi period.
Shape : Rather long blade and the shape is good
Jitetsu : Itamehada with chikei and strong jigane
Hamon : Gonome Midare on both side with active sunagashi in the ha.
Soft temper line. Very exotic.

Special feature : Muramasa has manufactured blade at Kuwana、Ise
district bringing up many students. As a son of Akasaka Zae Kanemura, he has been a successful smith at Sengoku era.
The jigane is strong yet the pattern is very delicate.
Some of his pieces includes hints of Soshuden or Hitatsura deki.
There are several generations in Muramasa, however, this piece is made by the most famous 2nd generation Muramasa.
The characteristic of his blade is shown with the same gigane on both side.
The most well-made piece is hakomidare piece which many sword-fans admired.
Also, Muramasa is most recused wordsmith of Tokugawa family.
Tokugawa Ieyasu's grand father, Kiyoyasu and father Hirotada gets murdered by the rebelled vassals by Muramasa blade.
Muramasa is used when enforcing the capital crime of Ieyasu's nephew Nobuyasu.
Because of all these inceidents, Tokugawa Ieyasu ordered to abolish all Muramasa.
All the other remained Muramasa that was abolished by ieyasu was
saved by Bushou who opposed on Ieyasu. The signs were, at the same time, concealed by those Bushou.
The blade is in excellent condition and it is very rare to find a yari in Muramasa pieces. 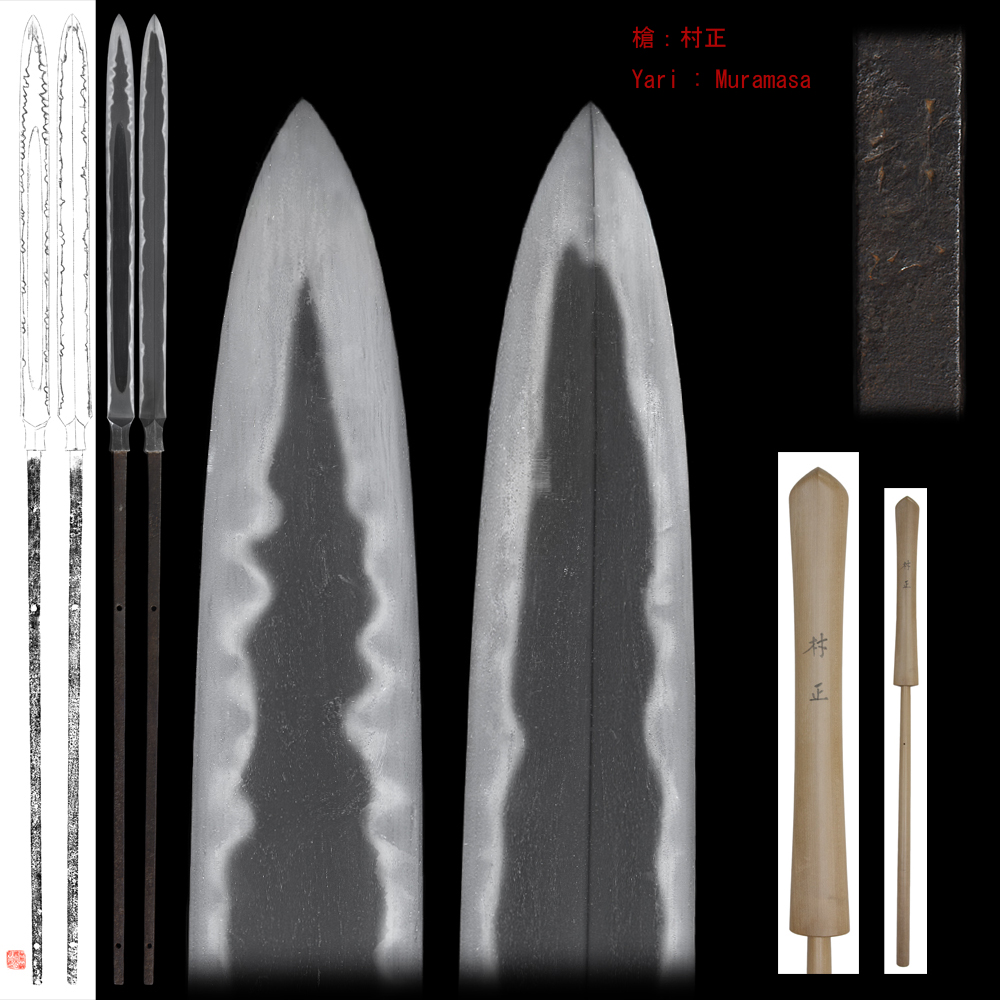