Explanation : He made this sword in his hull energy for Mr Yashiharu Nagata at Taisyo 2nd November lucky day imitate Sosyu Masamune.

(We divide 4 sections for each sword as Saijyo saku, Jyojyo saku Jyo saku and regular saki)
This sword belongs to Jyojyo saku ranking.

Special feature : The First who went by the name of Yagoro was born in 1836 at Hikone in Koshu province, present Shiga pref.
He became an adopted son of Gassan Sadakichi who lived at Osaka.
Sadakazu started to learn when he was eleven years old. He was approved as a Teishitsu-gigeiin,
a Craftman to the Imperial Household in 1906 and received a command to make a gunto for the Emperor Meiji in the next year.
Sadakazu passed away in 1918, aged 73.
Sadakazu’s second son, Sadakatsu was also a famous swordsmith.
Sadakatsu’s third son succeeded the name Sadakazu as the Second was approved an important
intangible cultural assets known as Ningen-kokuho in the postwar Japan.
Generally, as the blade is getting smaller, as the difficulty increases to make it perfect.
This piece is free from blemishes. He had been constant in his devotion to making sword all his life.
Everybody respected him for the nobility of his mind.
His character appears on his works in every corner especially on their meticulous attended tang to the file pattern.
This sword on the nakago mentioned as Sosyu den style.
The Hamon and Jigane are well harmony and excellent beautiful nice sword.
Please look at the Jigane and Hamon well.
We recommend this top ranking sword Gassan Sadakazu. 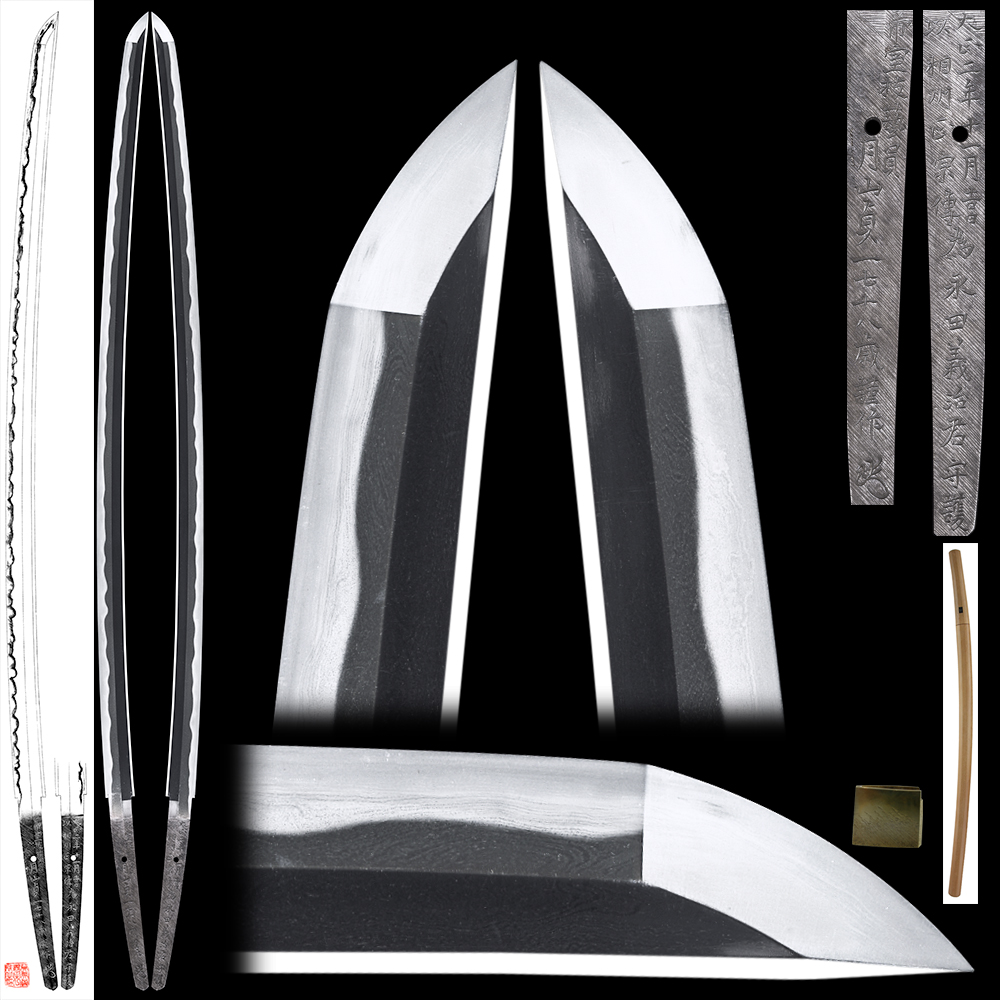 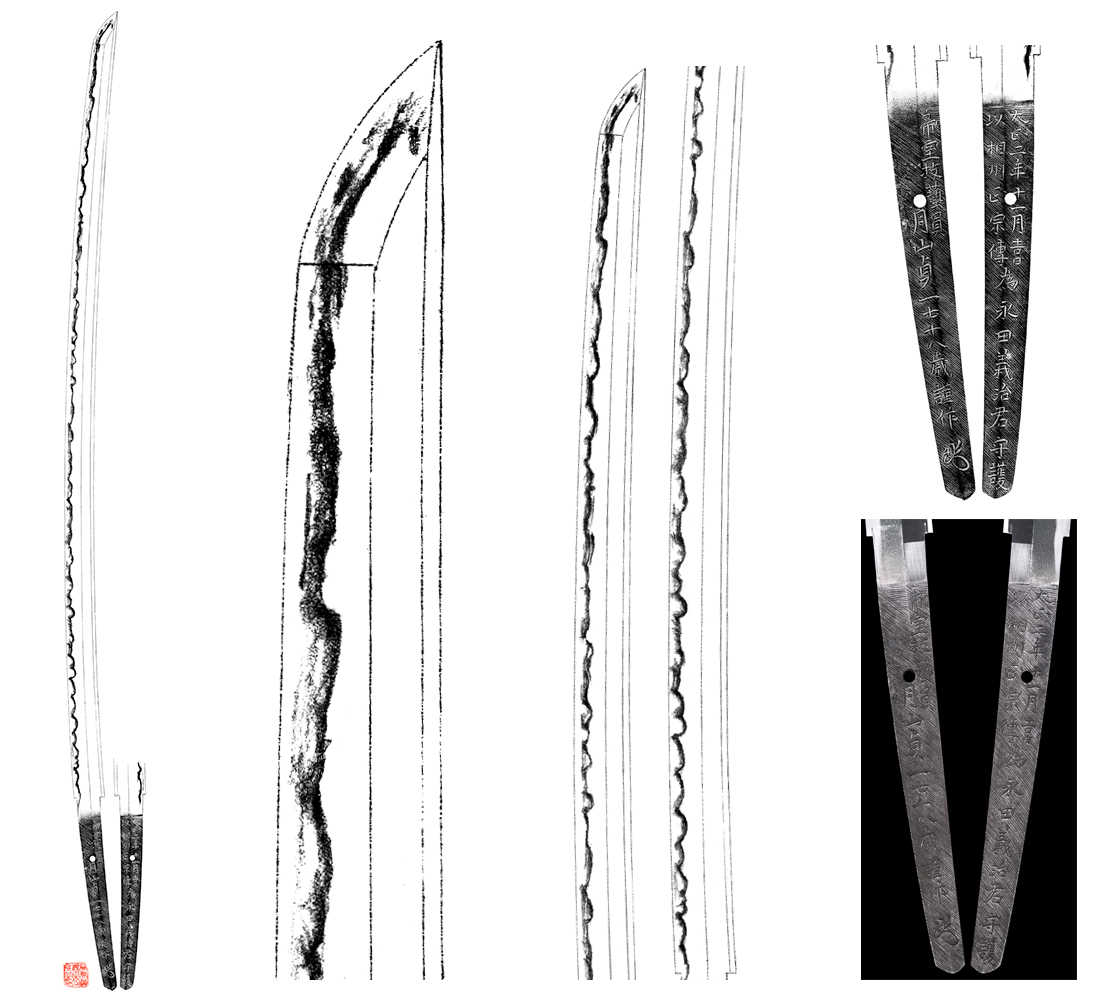 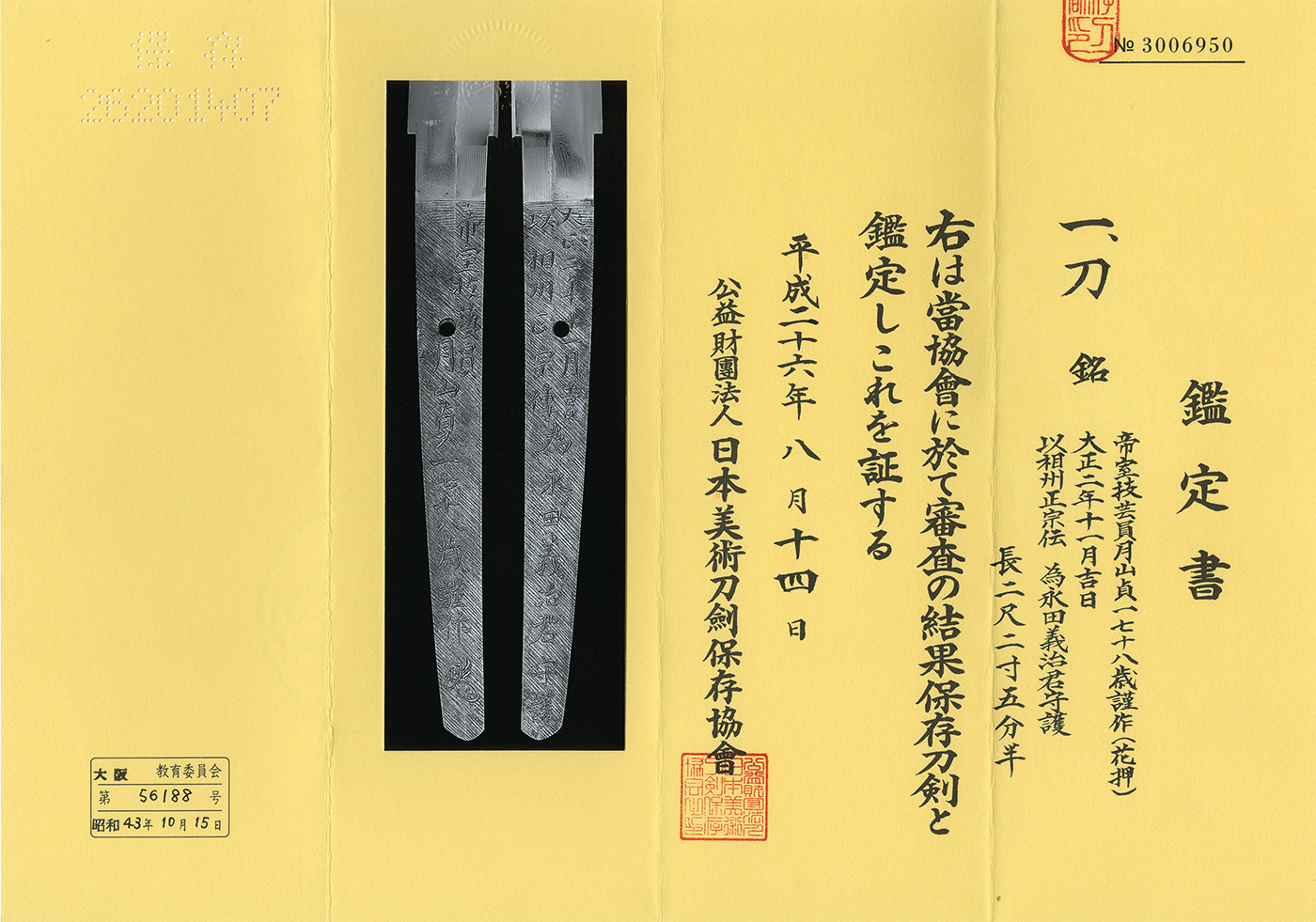