(We divide 4 sections for each sword as Saijo saku, Jojo saku, Jo saku and regular saku)
This sword belongs to Jo saku ranking.

Special feature : Ooe Kanetoshi is a sword smith of Mino province.
Jigane and Hamon looks very similar like Satsuma swordsmith like Yasuyuki and Yasuuji.
The words engraved as ‘君依好鍛之’,Kimi Yoru Yoi Kitae Kore means the blade war ordered to have high quality Jigane texture.
Meanwhile in Japan, there were civil war called ‘Boshin Senso’.
Tokugawa shogunate has been defeated and the political power has been returned to Imperial Court.
This Kosirae is ‘Kino-To’ style, which has been used by Samurais of Imperial Court.

Jigane is extremely nice Mochitetsu (Mochi means rice cake) soft feeling well grained. Not just good Jigane but deep Nioikuchi active Hamon and also Kaen (flame) style Boshi.
This blade is long and thick. It is difficult to find such long Katana in Japan because most of Japanese were not so tall in that ages. From the length and the shallow curve, we can figure out that the first owner of this Katana should be specialist of stabbing.

Koshirae : The Koshirae is unusual long, straight and long Tsuka.
Saya : Black roiro saya and blue stripes are inlayed with pieces of clam shell.
Tsuba : Hollyhock leaves are painted with gold color on Mokko shape iron Tsuba.
Menuki : Nio, the two wrath-filled and muscular guardians of the Buddha are carved on Shakudo plate with gold color. 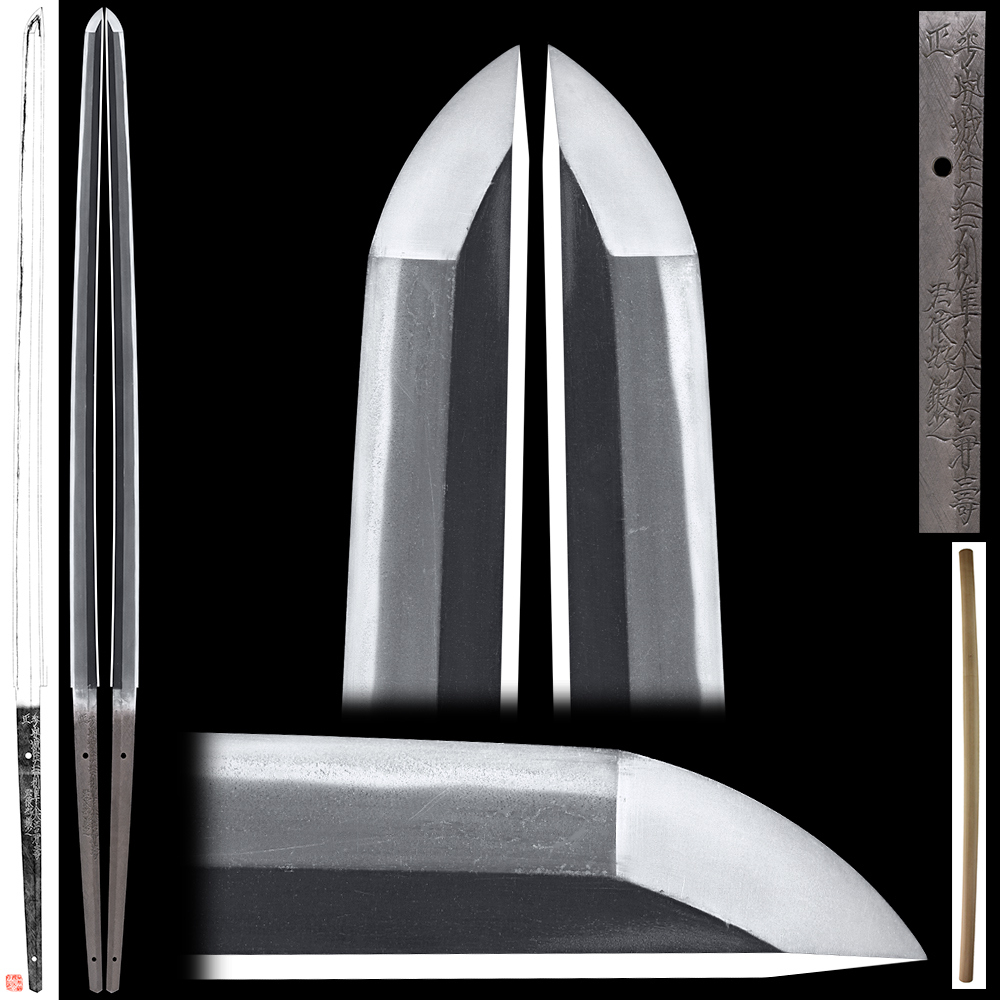 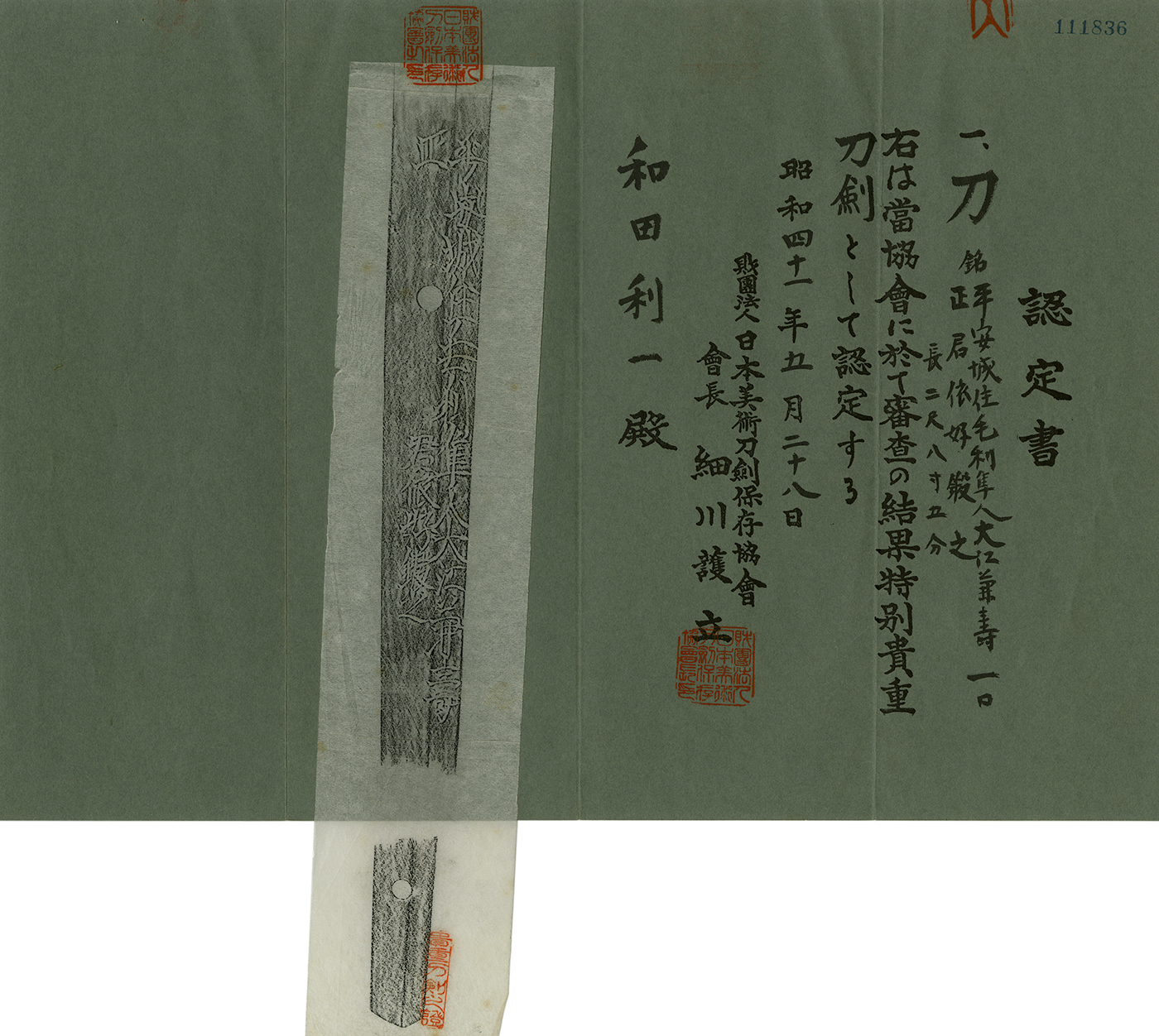 Katana : Mumei (*There is Hagire)