Special feature : Hime Hanshi MInamoto Akitoshi is a sword smith of Harima province. He was living in HImeji.
He was successful as a former swordsmith of Himeji castle until Keio 3rd year（1867） however,
he was forced to stop his work as the sword prohibition was operated.
The condition is good so it is most regretted. 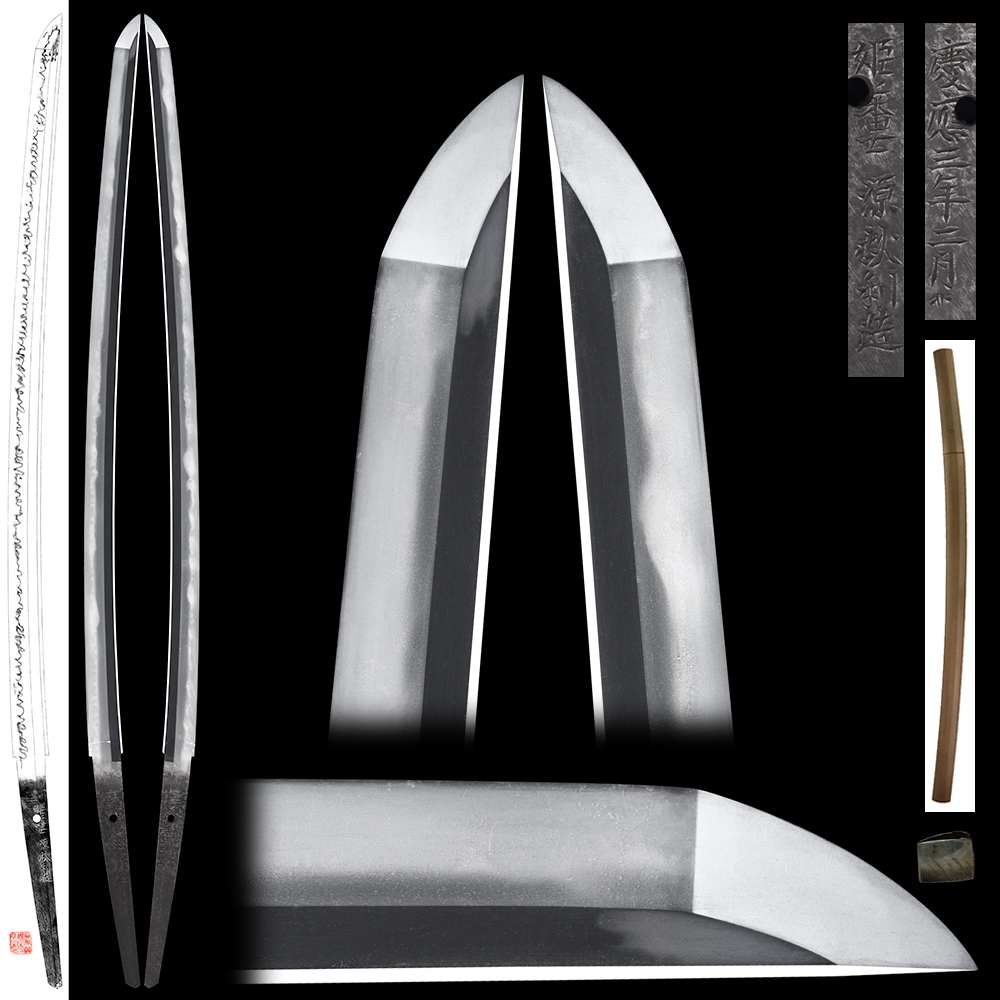