The blade was polished
Habaki :Gold double foiled habaki
Blade length : 73.2cm or 28.81inches.
Sori : 1.2cm or 0.47inches.
Mekugi : 3
Width at the hamachi : 3cm or 1.18inches.
Width at the Kissaki : 1.93cm or 0.76inches.
Kasane : 0.7cm or 0.28 inches.
Era : Edo period Circa Kanbun(1661-1672)
Shape : It is regular width and thickness shallow sori katana. It is a Kanbun Shinto shape katana.
Jitetsu : Koitame hada well grained with jinie attached.
There is clear konuka（fine particles like rice bran) hada. There is utsuri seen on the ji.
Hamon : Consisted in nie structure, it is suguha with undulating kogunome hada.
Ashi is well attached and bright.

Special feature : Hizen koku Dewa Daijyo Fujiwara Yukihiro is the second son of Hashimoto Yoshinobu.
He learned forging skills under the first generation Masahiro
and at Shoho 5th year spring, he received the post of Dewadaijyo.
That is when he learned mixing Japanese steels and western steels to forge sword
for the purpose of obtaining sharpness in the ha. At this time, this western steel has been
putting an eye on this western iron. Leaded by Yasutsugu, many sword smith has used
this skill in there sword production. Yukihiro engraved in many of his sword tangs
that he used western steel. This sword is no exception. He engraved that he has forged
this sword with western iron and has made Yamano Kuemon no jyo Nagahisa to do cutting test.
He must have been very proud of his sword.
At Tenna 3rd year May, he has died at the age of 66.
The using of western steel has influenced the Hizento making because there is still many swords t
hat is written western steel. There is also weakness
that those steels are easily cracked so it has not spread to all the hizento sword making.
At any point, it is very impressive to see the effort of the smith using
expensive western steel at the tiem. This sword has clear utsuri.
It is very hard to obtain Saidanmei cutting test signature sword so it is best buy item now. 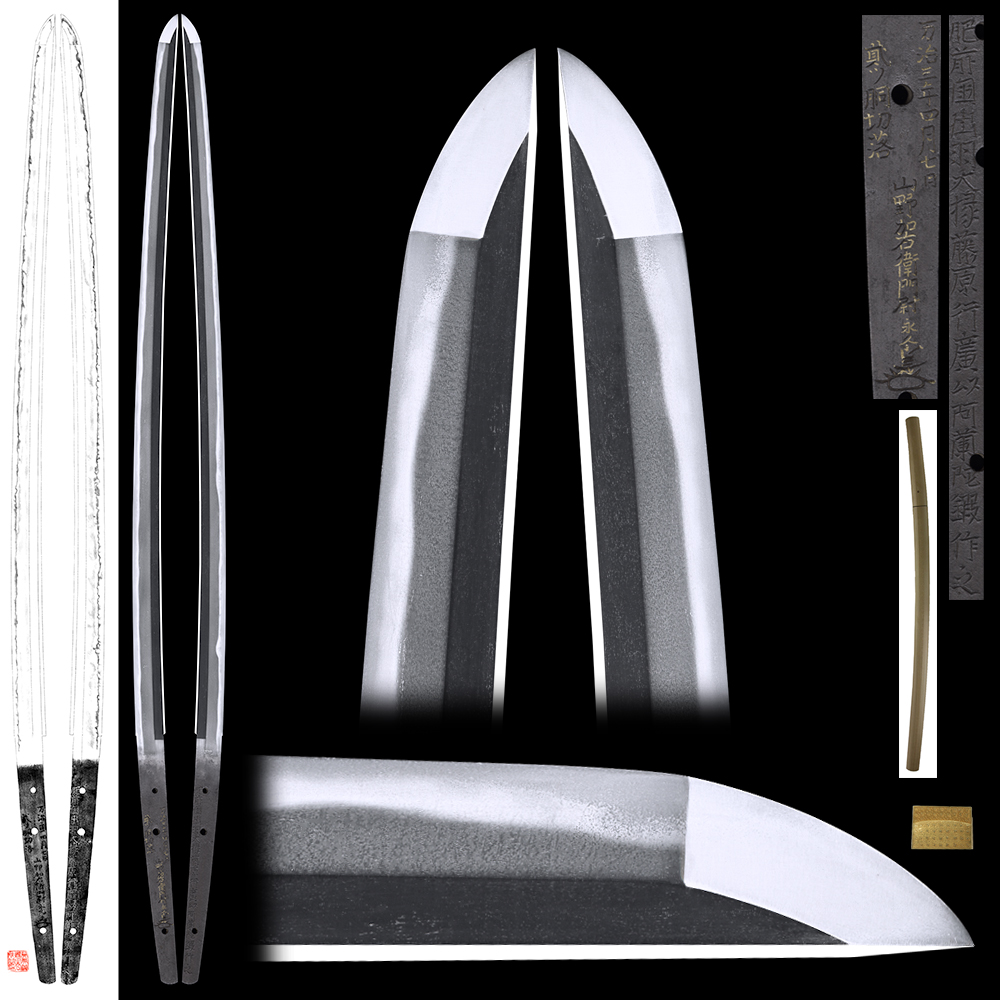 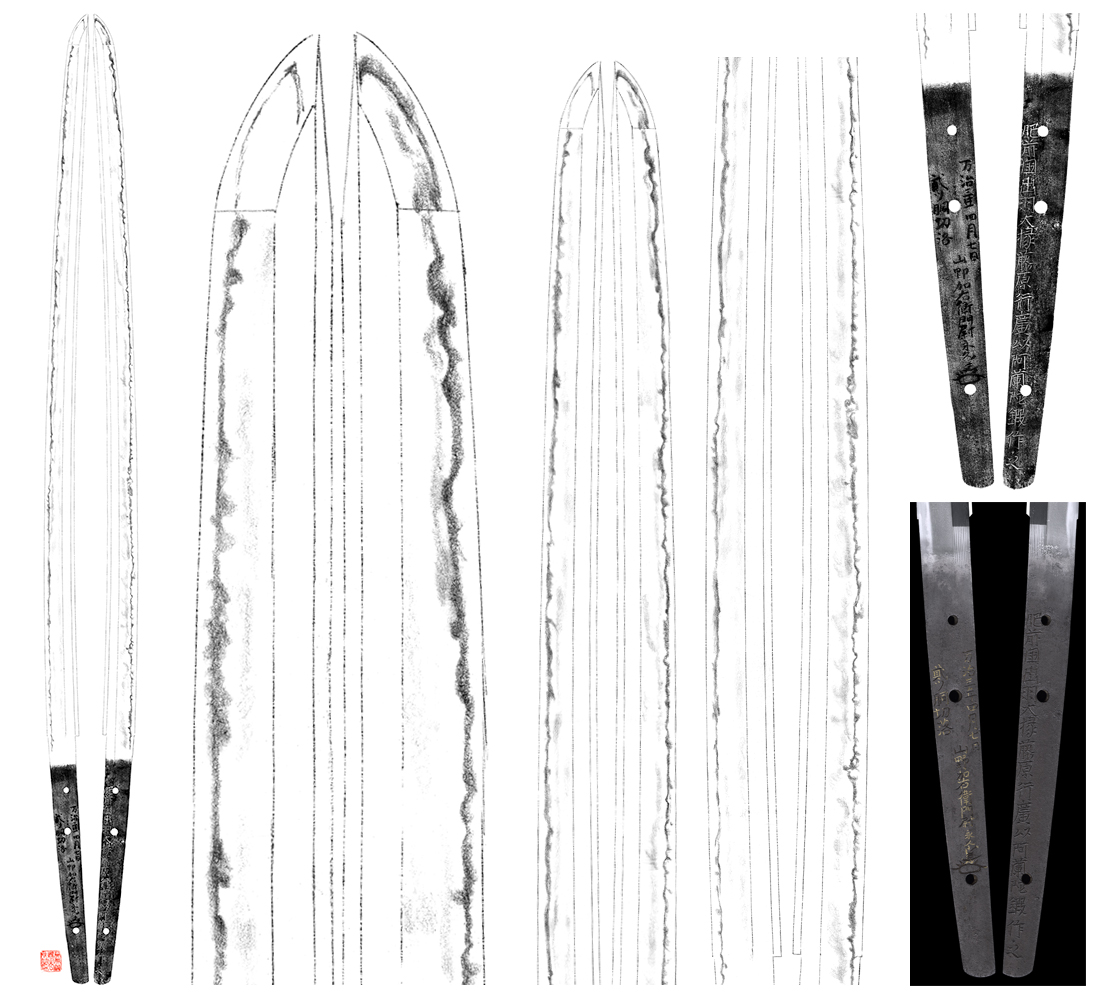