Special feature : Yamamoto Musashi kami Fujiwara
Kanenaka has lived in Echizen and has moved to Edo.
It is quite rare to see signature with Yamamoto written.
Kanenaka made many swords

Koshirae : Owari tsuba in openwork. It is polished
so it would be worth observing if the rust is removed and add new rust.
Tsuba :Copper base tsuba with dragon engraved. Kashira: Tsuno
Menuki : Paulownia is engraved and inlayed with gold.

Historical background: Year 1683 Greengrocer's Oshichi incident. Oshichi,
a daughter of greengrocer family, was one of the victim of the Conflagration of Tenna.
She and her family has to take refuge to Shousenin Temple.
There, she fell in love with a man called Ikuta Shounosuke.
After the house was rebuild, Oshichi moved back to her house with her family.
However, she could not give up on her feelings for Shounosuke.
She set a fire on her own house for the hope to meeting Shounosuke again.
The fire was soon put out, but Oshichi was burned to death as the convict
of setting the fire. This story is used in kabuki play. 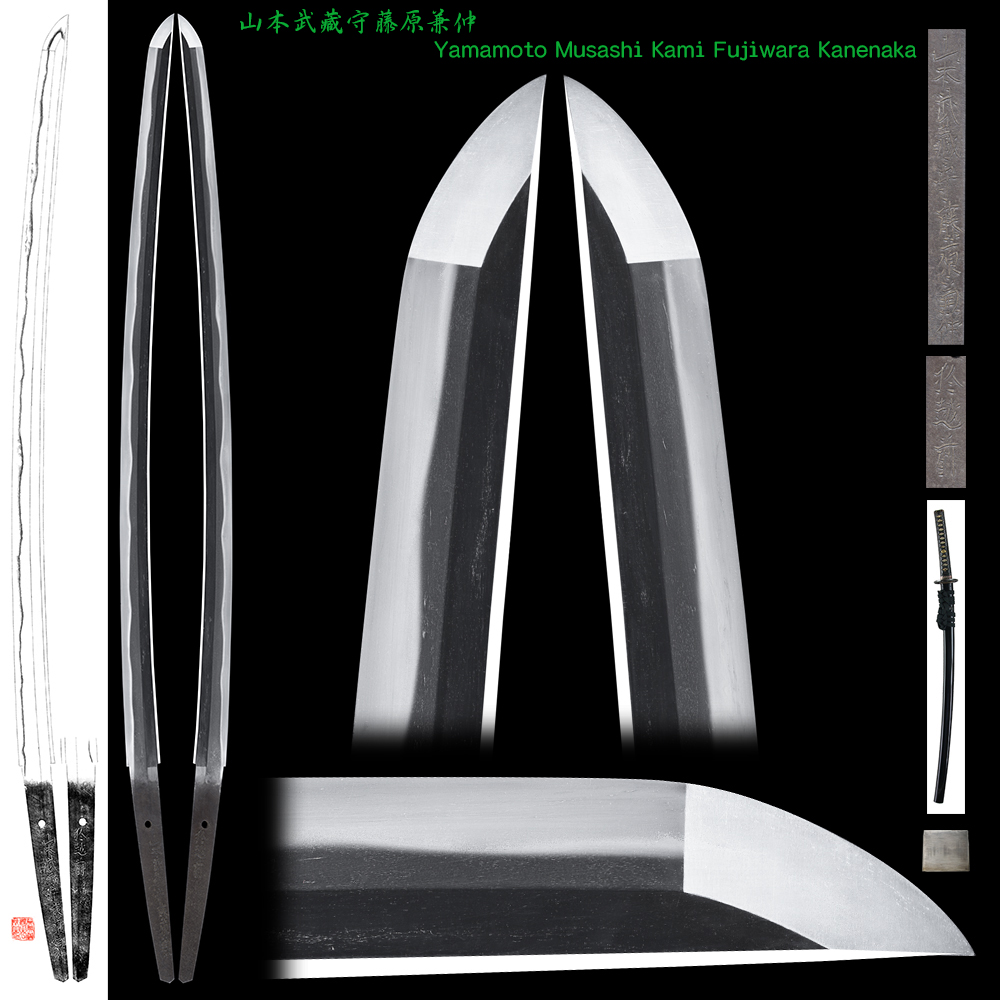 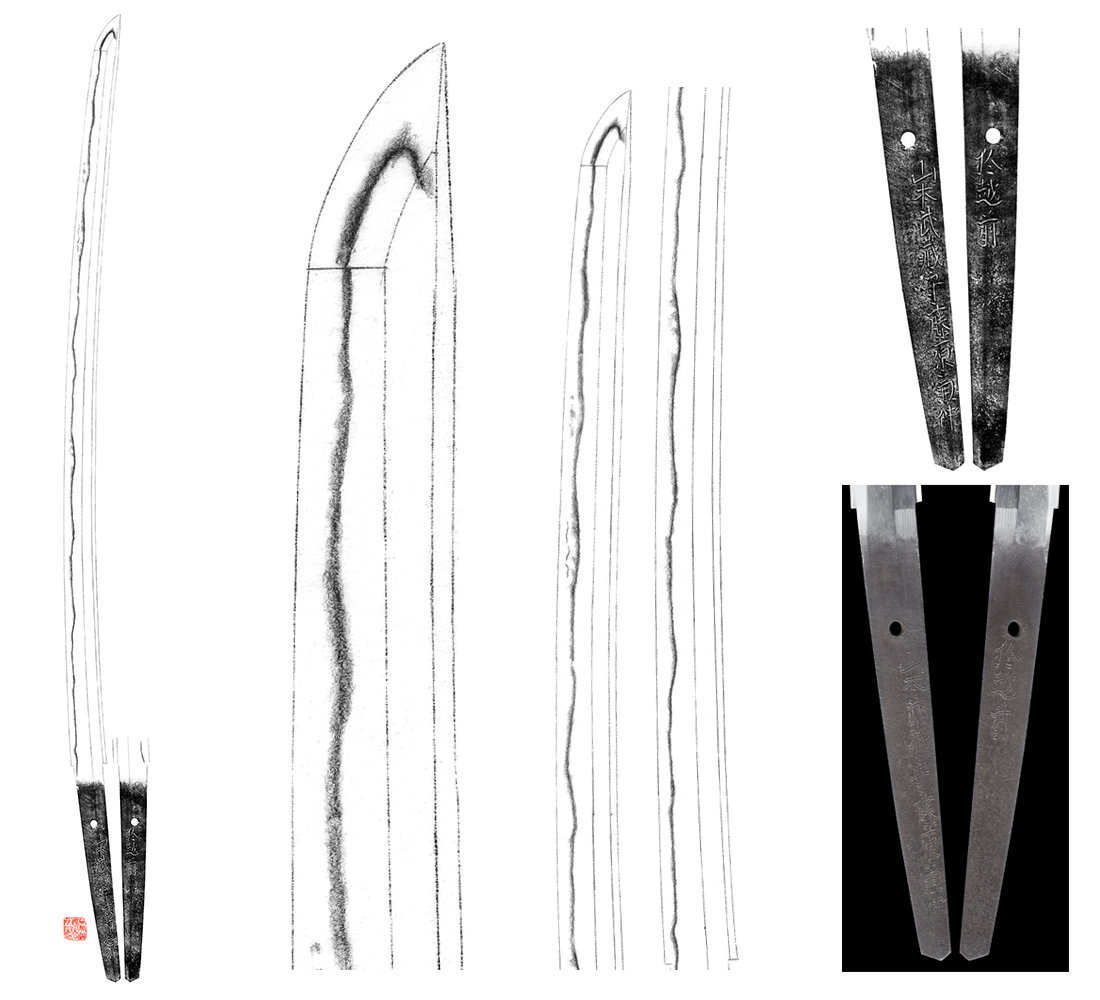