(We divide 4 sections for each sword as Saijyo saku, Jyojyo saku
Jyo saku and regular saki)This sword belongs to
ranking.

Special feature :Harima Daijyo Fujiwara Shigetaka is a sword smith of Echizen school who was active during Kanei period. The family continued until 11th generation around Kaei period(late Edo Period).
Alike Yasutsugu sword, the jigane is dark with feeling of Hokkokumono (Northern province work).
This sword is made by the first generation and seems to be slightly flat.
The signatures become vertically long from second generation to the following generations.
Until the Late Muromachi period many tantos were made but diminish drastically from Edo Period. Hence, it is rare to encounter early to middle Edo period tanto.
It is rustic work of early Echizen Shinto. 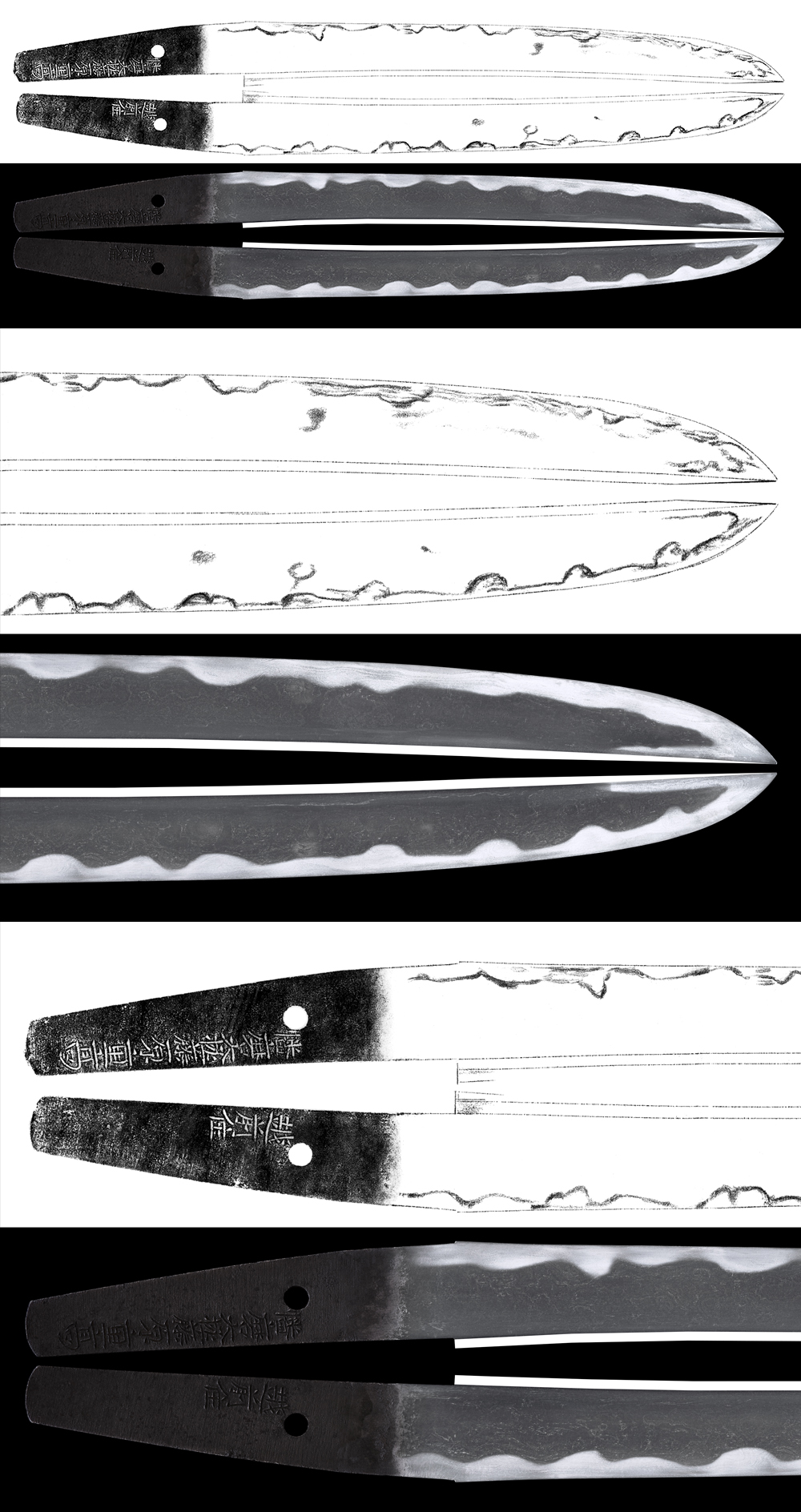 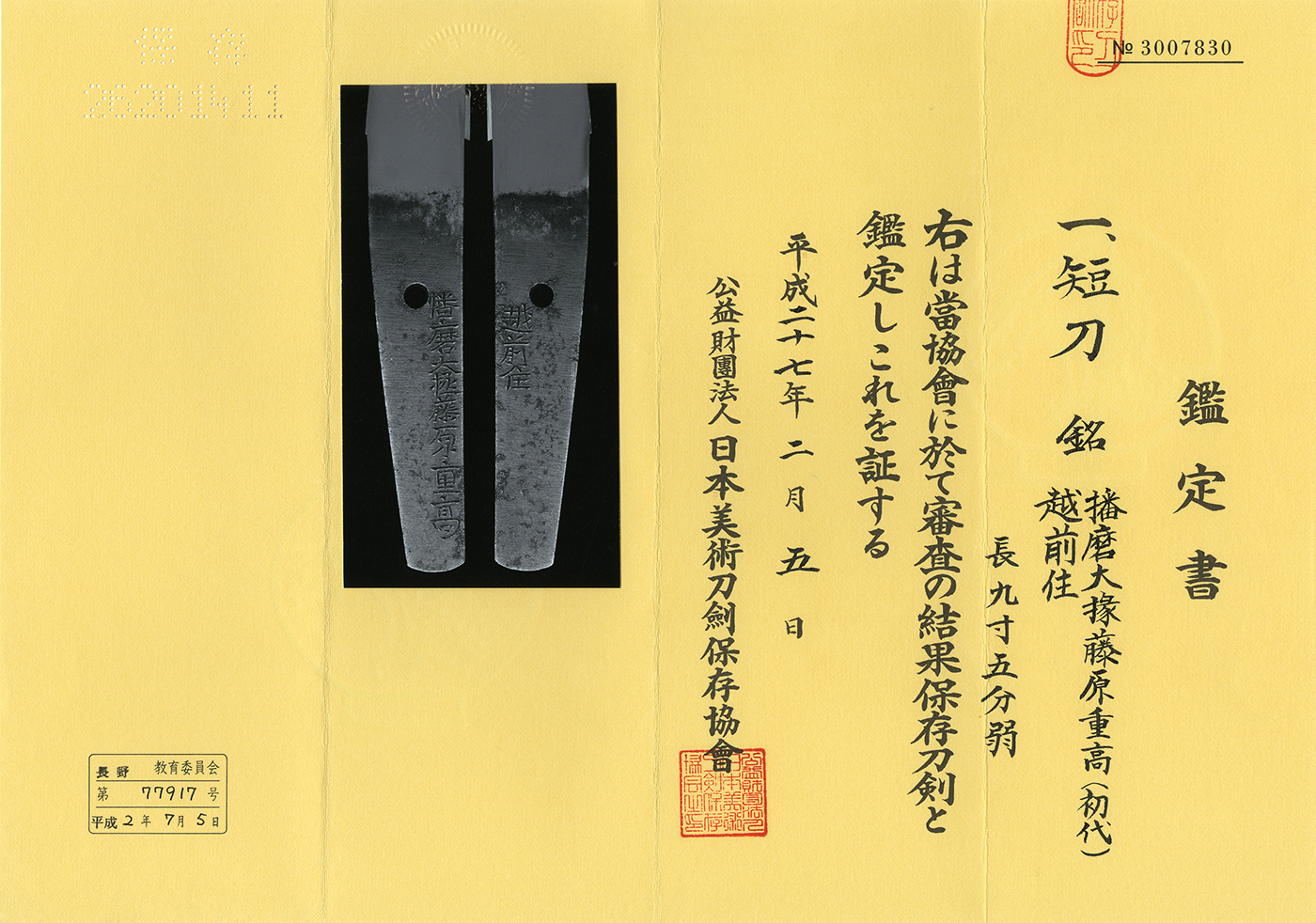