(We divide 4 sections for each sword as Saijyo saku, Jyojyo saku
Jyo saku and regular saku)
This Bishu Osafune Suke… belongs to jyo saku ranking.
The blade was polished by nice polisher.
habaki: silver single habaki.
Blade length : 19.8 cm or 7.79 inches.
Sori : 0 cm or 0 inches.
Mekugi : 2
Width at the hamachi : 2.88 cm or 1.13 inches.
Kasane : 0.55 cm or 0.21 inches.
Era : Late Muromachi period.
Shape : It is wide and thick tanto.
Jitetsu :Itame hada well grained with JInie attached.
There is masa flaw and much Utsuri is appearing in the ha.
Hamon : Nie deki suguha with mixture of Koashi.
It is sharp end with deep turn back.

Special feature : The sword was shortened about 2cm surriage .
Harima, Mimasaka and Bizen province had been prospered
under the protection of the Akamatsu family. Above all,
Bizen province has turned out a great many talented swordsmiths.
A large number of swords were made there in the late Muromachi period
not only supplying the demand of the Age of Provincial Wars in Japan
but also as an important exporting item to the Ming dynasty in China.
It is the accepted theory that the sword made with mass-product
process has the signature begins Bishu-Osafune.
Contrary made to order or conscientiously made sword has
the signature begins Bizen Koku Ju Osafune.
Even though the blade was made by mass productive items
but the blade itself pretty nice condition and nice work. 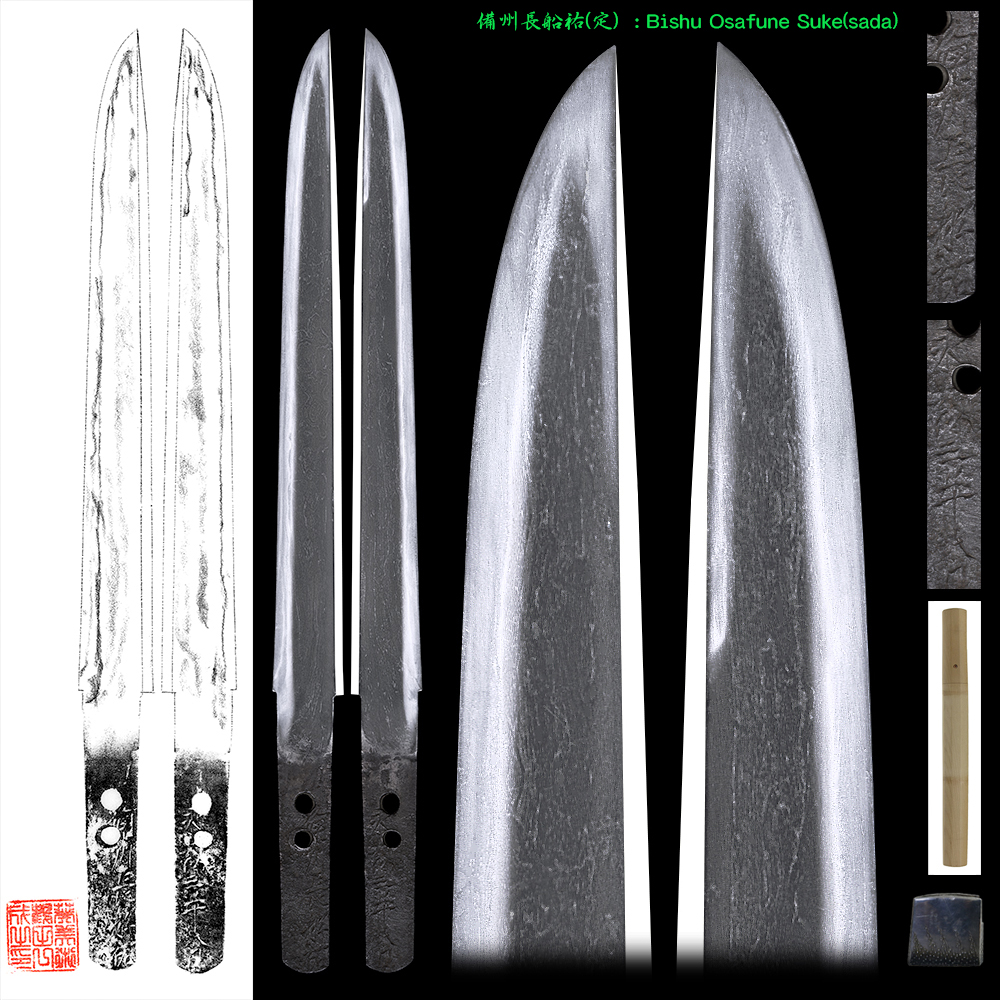 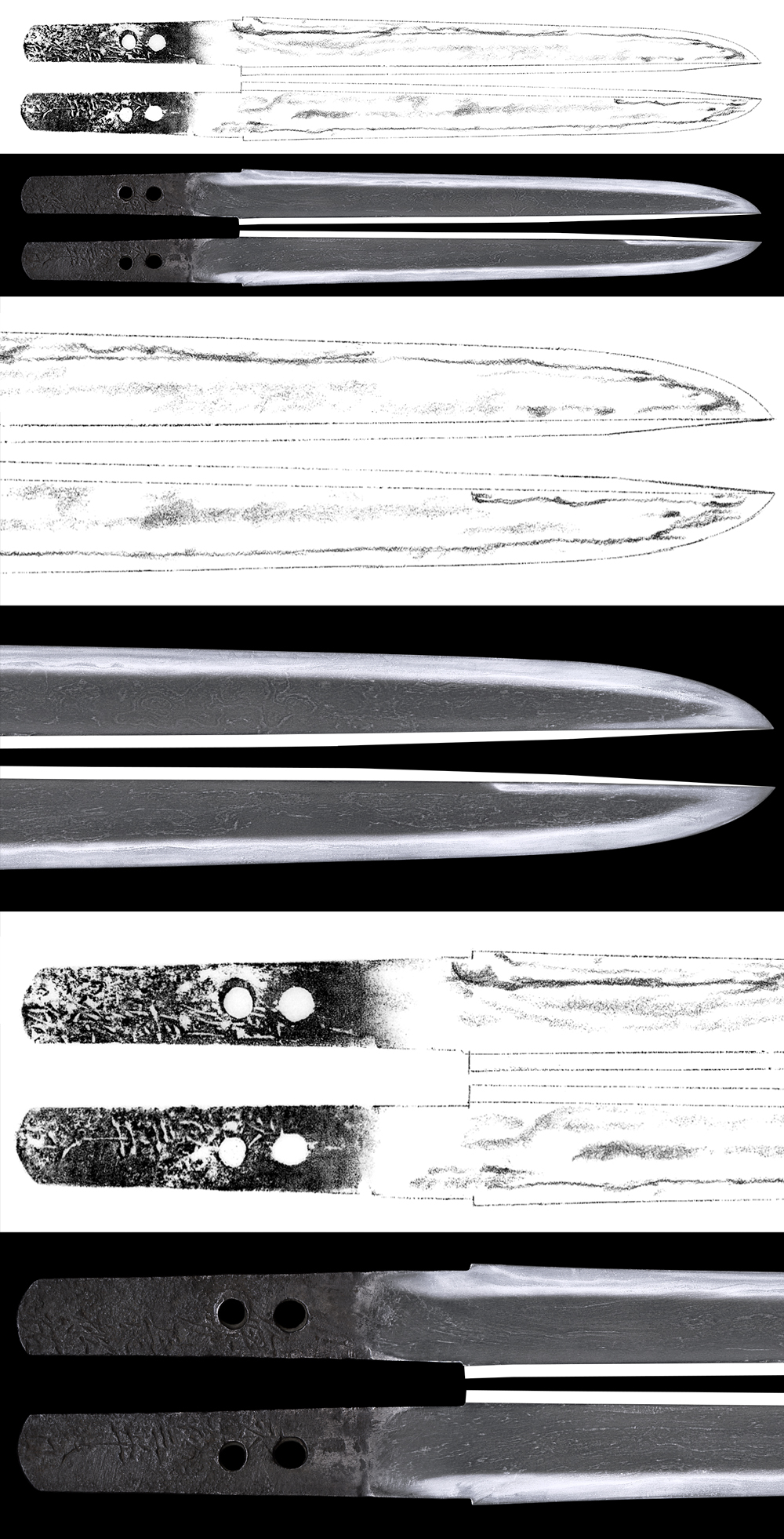 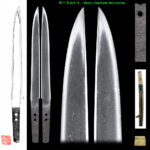