Special feature : Harima, Mimasaka and Bizen province had been prospered
under the protection of the Akamatsu family.
Above all, Bizen province has turned out a great many talented swordsmiths.
A large number of swords were made there in the late Muromachi period not only
supplying the demand of the Age of Provincial Wars in Japan but also as
an important exporting item to the Ming dynasty in China. It is the accepted theory
that the sword made with mass-product process has the signature begins Bishu-Osafune.
Contrary made to order or conscientiously made sword has the signature begins Bizen Koku Ju Osafune.
This Tanto is small openings and lose had
but it has passed more than 450 years.
Kosirae: NBTHK Tokubetsu hozon paper. aikuchi kosorae.
Fuchikashira, kurikata, kojiri: all matching silver fittings consist of the flower design.
Saya was made by black ishimeji style and wrapped black lines.
Kozuka:On the syakudo plate, flower were engraved.
Ware kougai:On the surface some flower design is engraved. 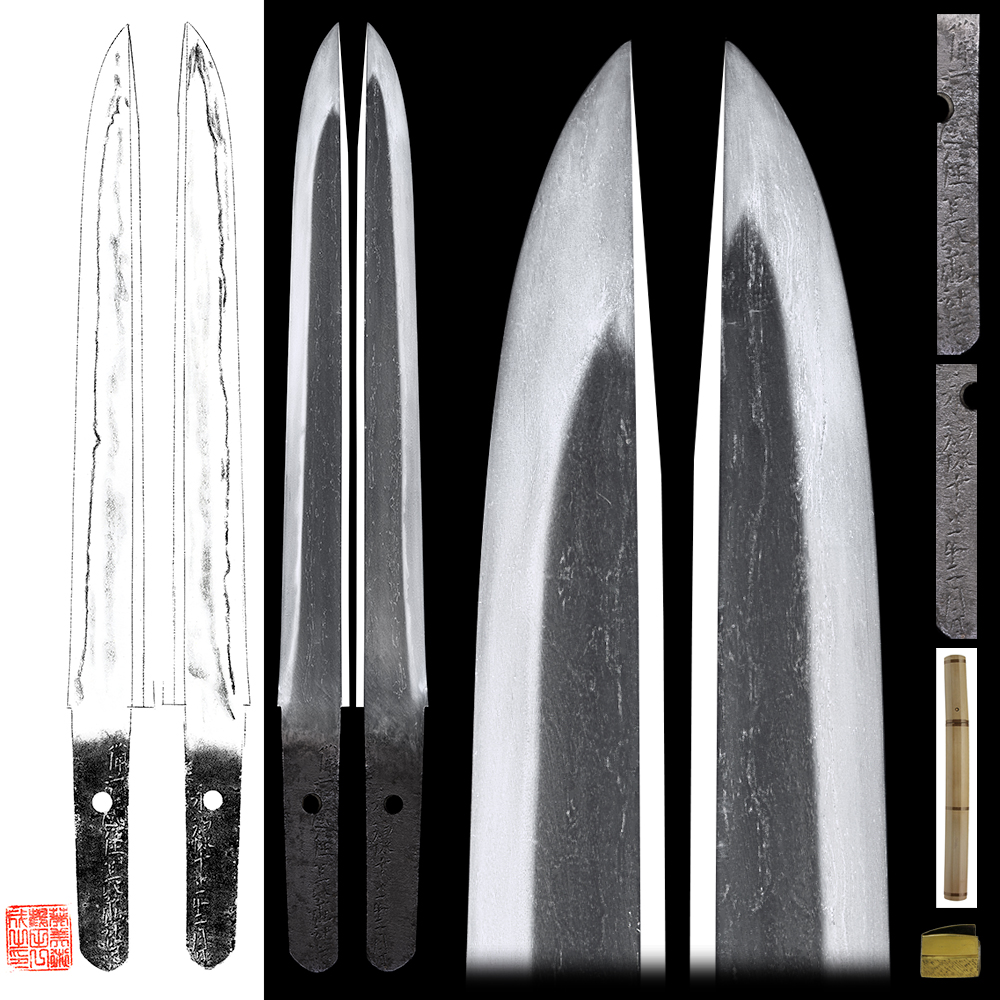 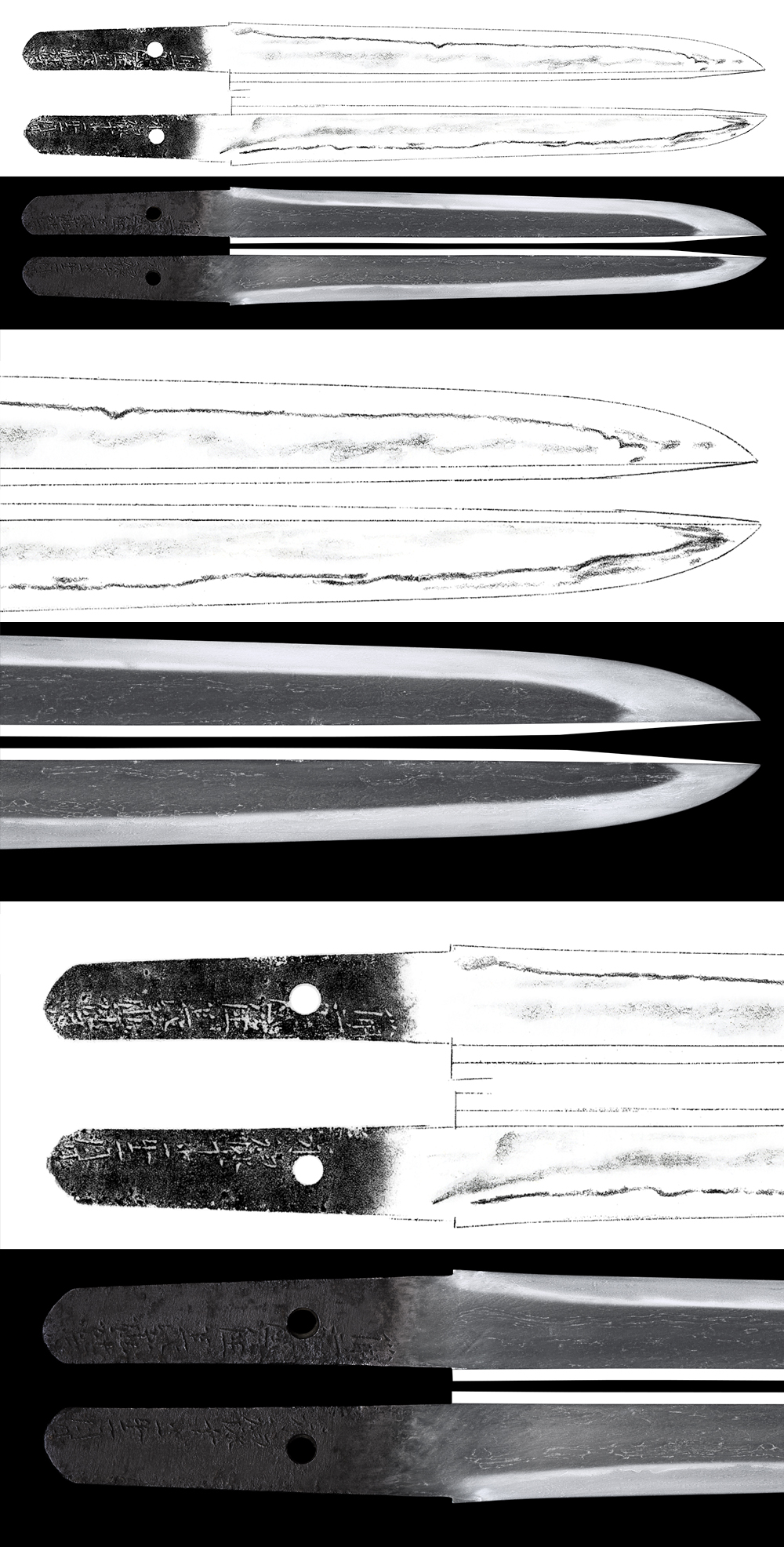 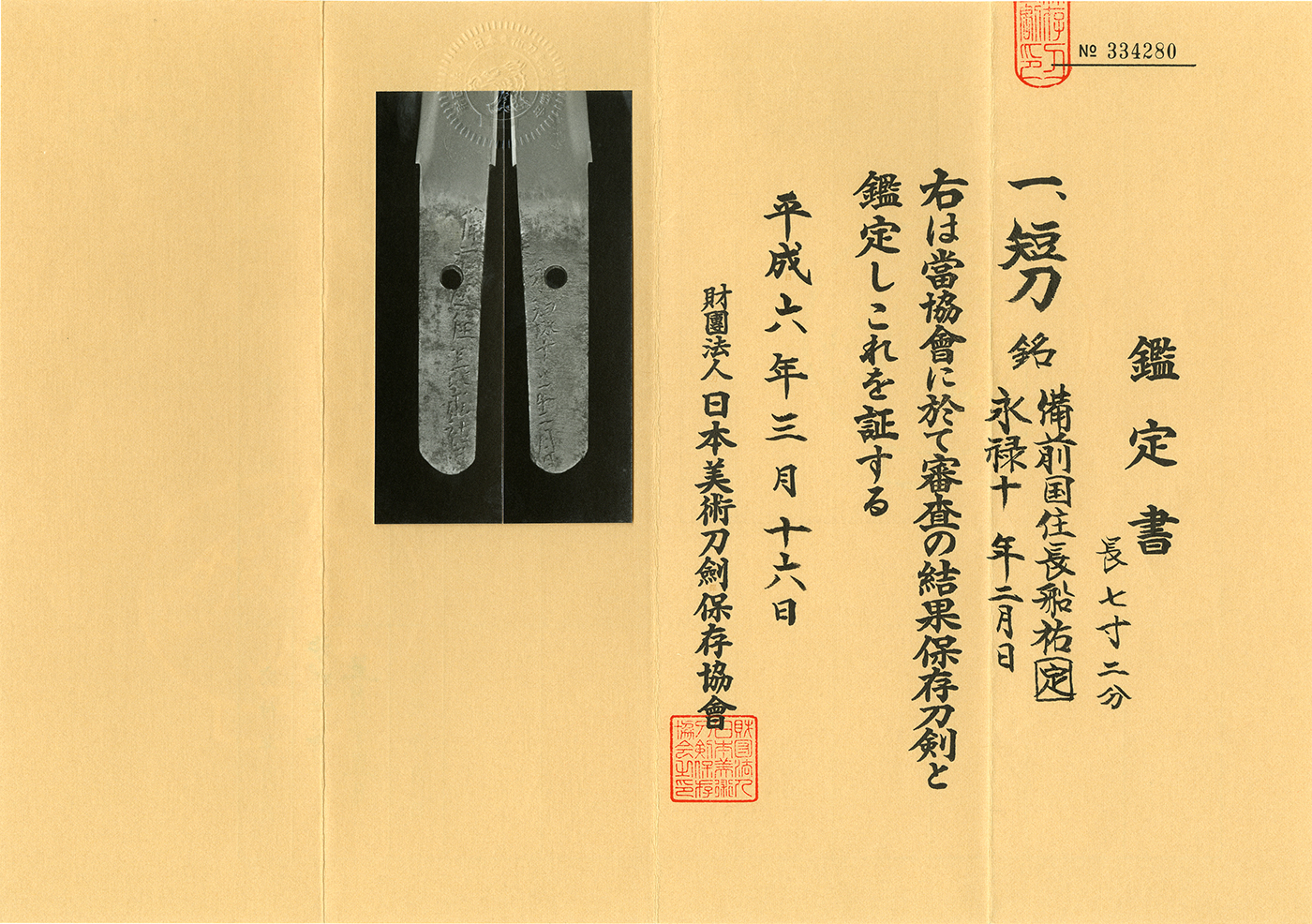 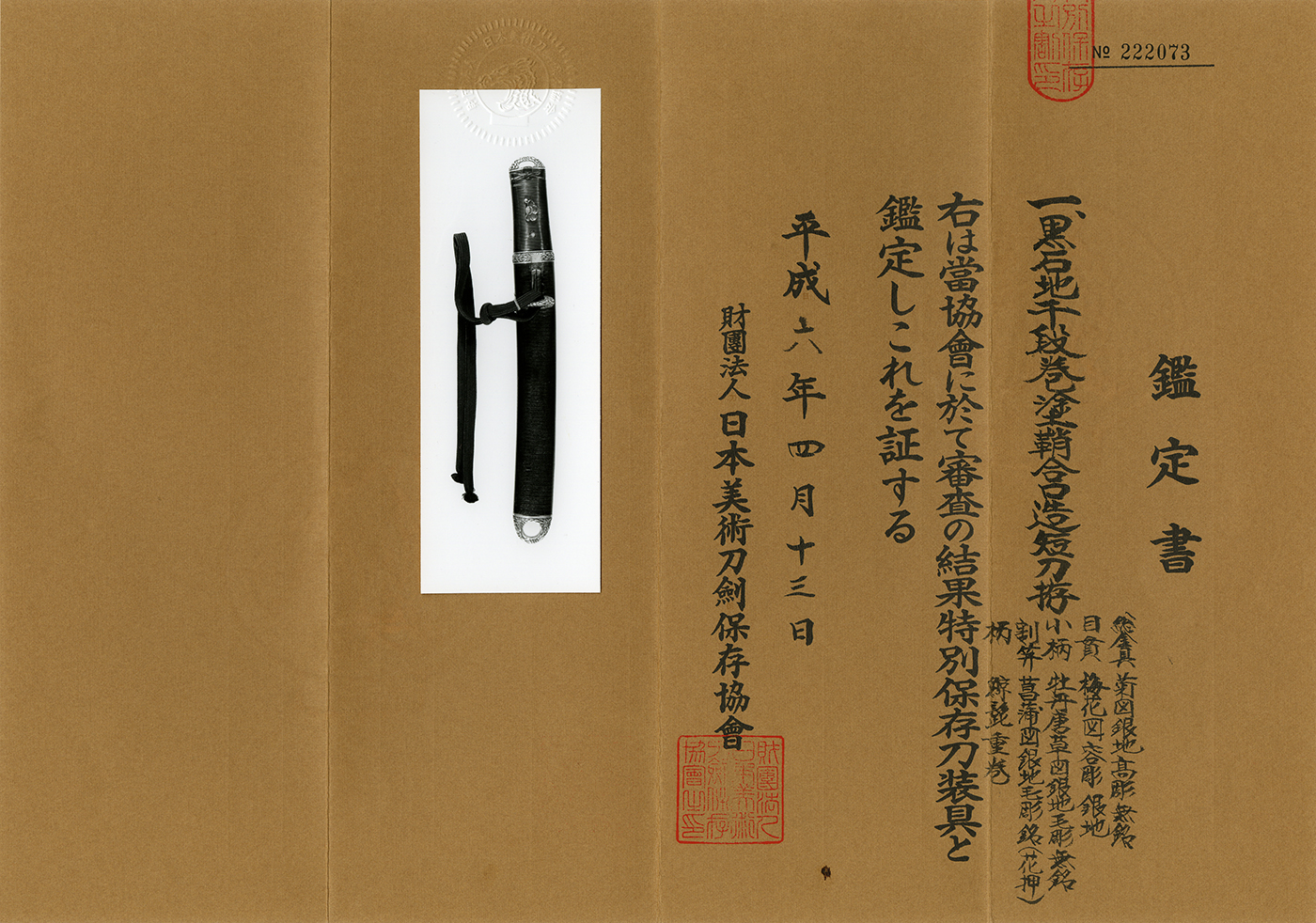