Special feature :Horii Toshihide was a son of the Taneaki born
at Meiji 19th shiga prefecture. This blade was mentioned as Mikasa.
At Japan and russia war flagship which is commanded by captain Heihachiro
Togo was attacked by russian war ship and  blasted vessel Mikasa
with a russian cannon but fortunately escaped.
At the end of the war, Japanese naval officer decided to make many sword
from damaged cannon. and asked to make many tanto and sword to
Horii Toshihede(Hideaki). He accepted navy’s officers request and
made about 1000 swords from the cannon.
These Tanto and swords were sold to navy and army officers,
royal families as a memory of the victory of the war.
Before these swords were sold at the dealer’s market
but recently it is very hard to look for and many collectors keep
this kind of sword as a good memory.
These swords will be good investment in the future. 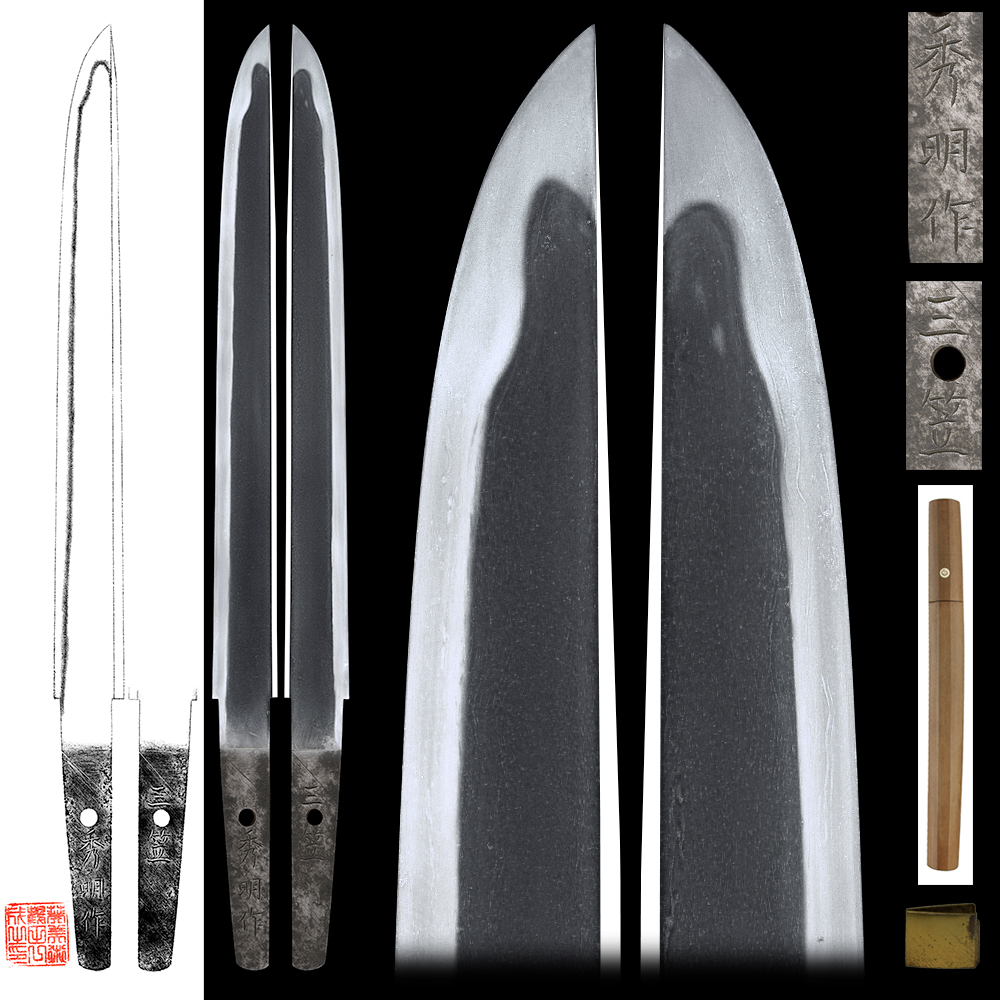 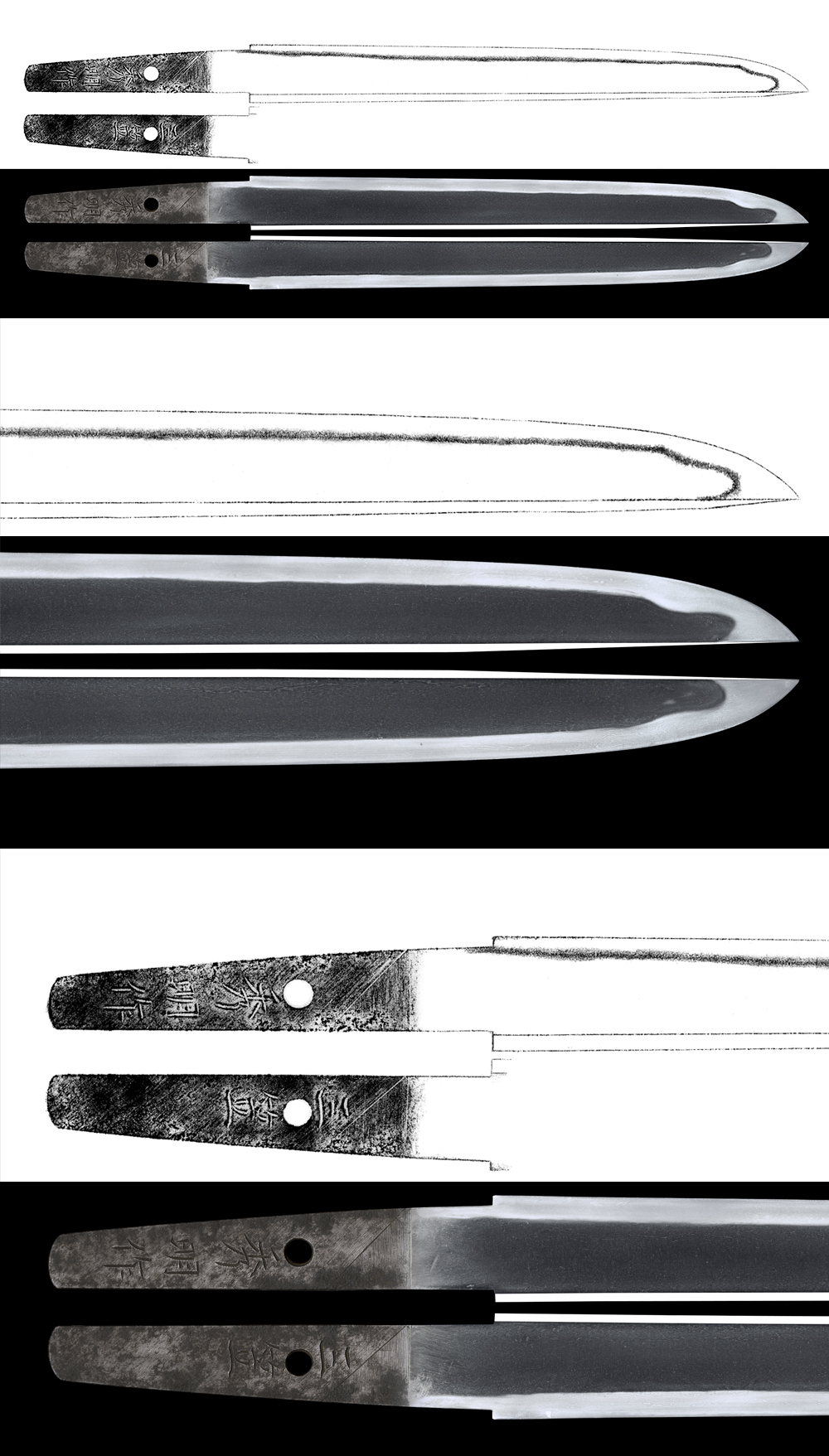