Explanation: This blade was made using precious iron at 1916.
Gassan Sadakazu who is member of Imperial Household Artist.
He also made this engraving.

Special feature : Gassan Sadakazu was born at Oumi province Tenpo 2nd November.
He was a adopted son of Gassan Sadayoshi.
He was very skillful sword maker and also well known as sword engraving.
He spent some years of the bitter experience of the Haitorei . After the decree banning the wearing of swords is repealed,
he started to make swords. he could make Soshu den, Bizen den, Yamato Den, Yamashiro, etc every kind of school.
Also Ayasugi jigane which is Gassan's traditional school.
Unfortunately he passed away Taisho 7(1918), 83 years of age and succeeded this school to his son Gassan Sadakatsu.
The 2nd generation Gassan Sadakazu became Ningen Kokuho (human national treasure).
This blade was made in 1916. There is engraving Waka poet "Asahi ni Niou"
This Waka poet was made Motoori Norinaga. He was a Japanese scholar of Kokugaku active during the Edo period.
This poet means that Japanese's mind is like a wild cherry tree that was lit by the morning sun.
This poet was also used for commando(Kamikaze) favored in Japanese.
This blade was made using precious iron. 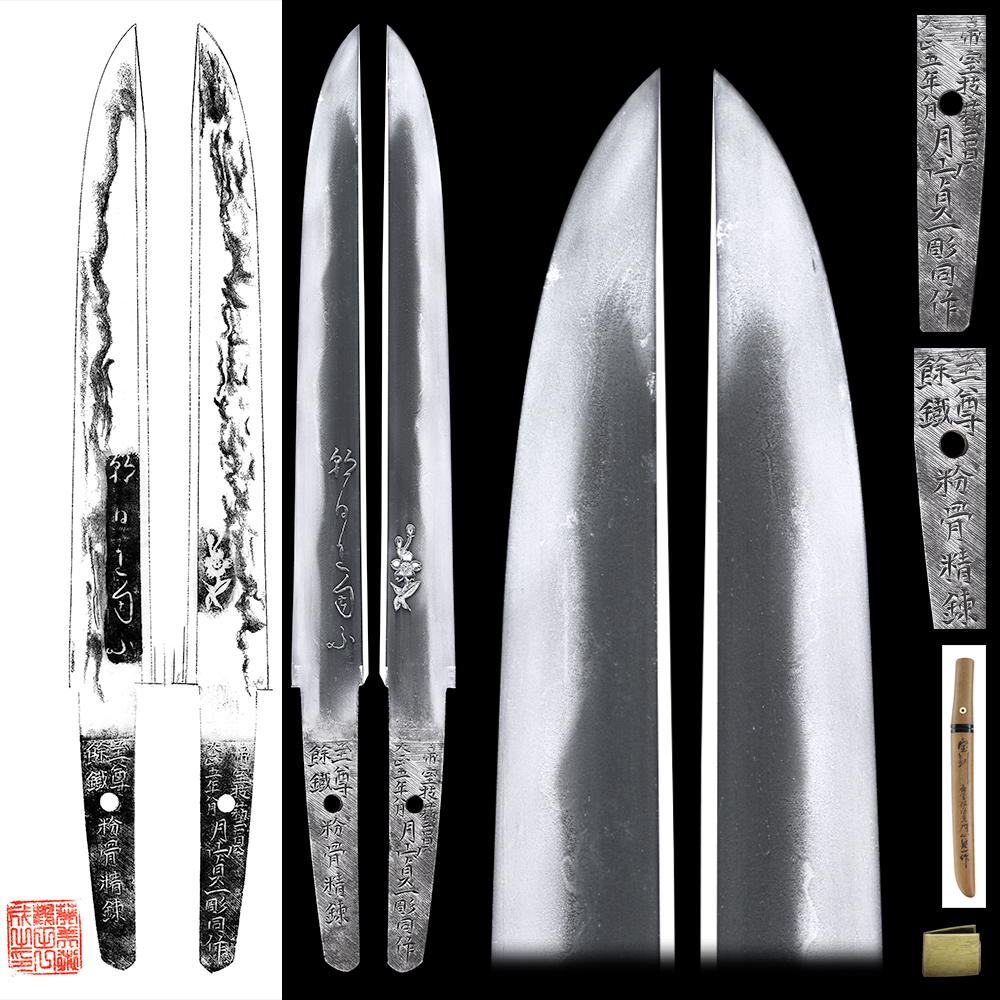 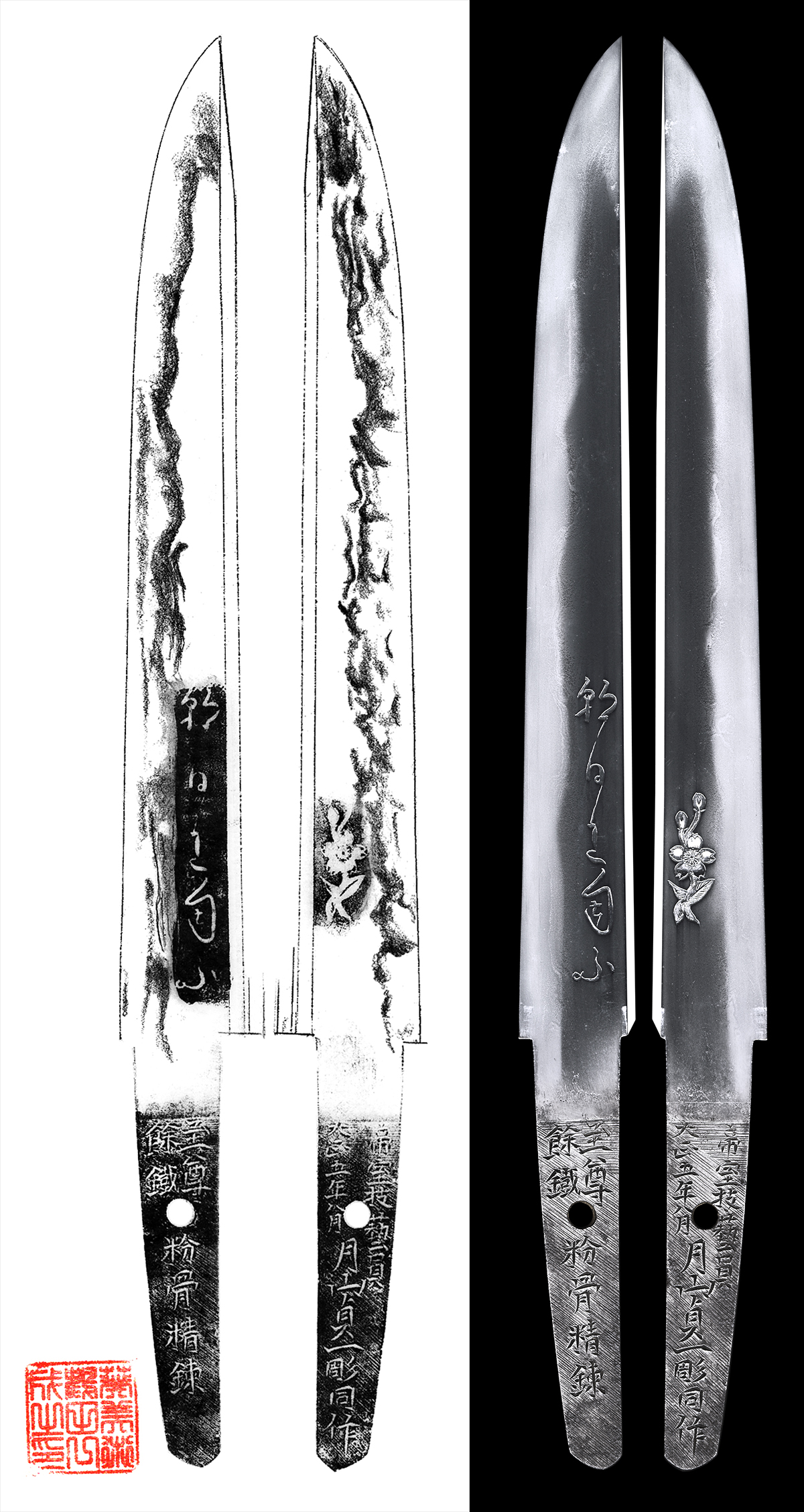 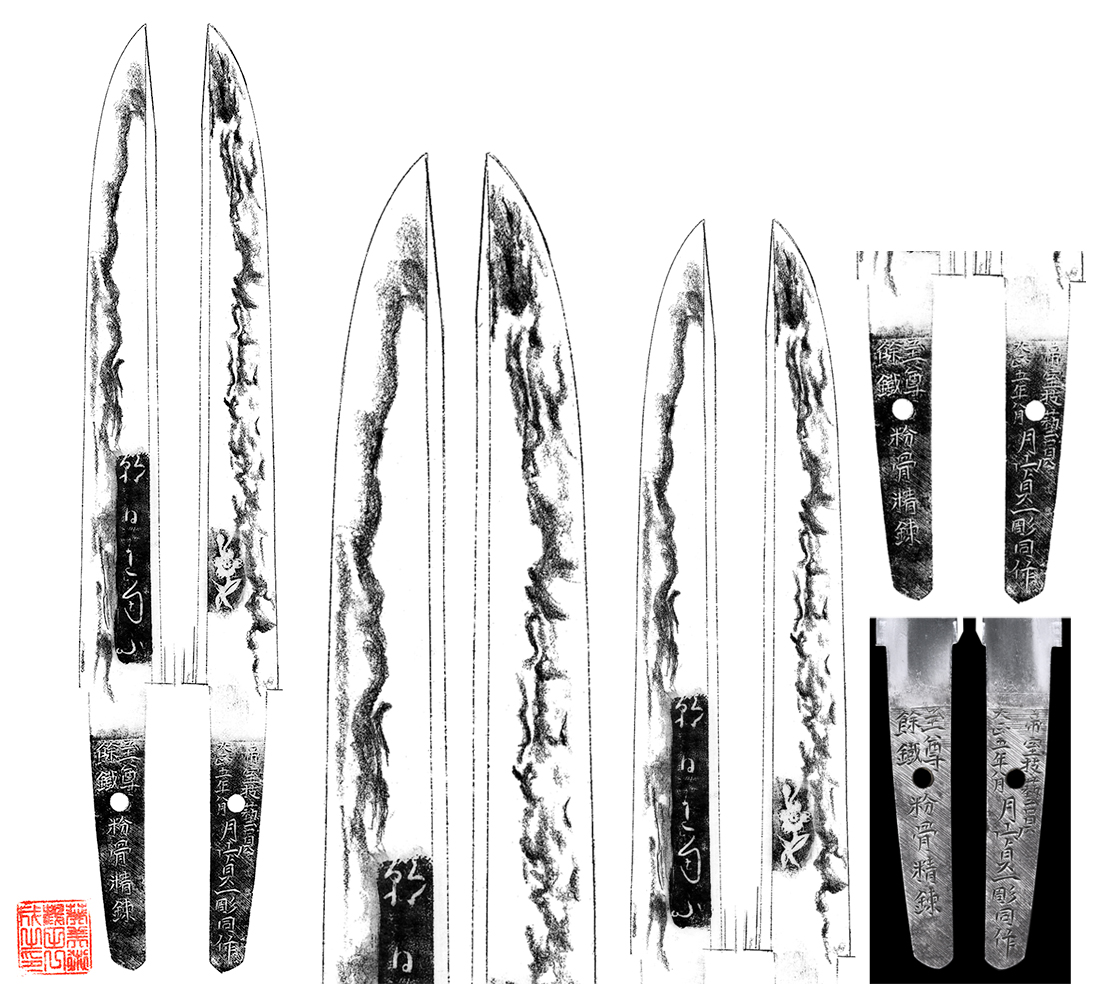