Special feauture : Hiromasa is a stream of the Hiromitsu and worked Muromachi period Kansho era.
Hiromasa is well known Soshu swordsmith.
Not on this blade but he engraved Kenmaki-ryu (dragon twisting toward to the sword) very often because for religion purpose.
Most of the blade forged by him are Tanto.
This Tanto is having very active Hitatsura Hamon on the clean nice Jigane.
Many Kissaki-Moroba style swords were made at Bizen province on late Muromachi period, but it is difficult to find such style of the blade at Soshu province.
Kissaki-Moroba style swords are having special meaning for imperial family.
Katana called ‘Kogarasu-maru’ is one of ‘Gyobutsu’, the imperial treasure. Kissaki-Moroba style originate to this Kogarasu-maru and this sword was granted to the supreme commander someone going to subjugate the enemy of imperial court from ancient ages.
Nad from engravement done to Habaki, this blade seems to be owned by person concerned imperial court nearby emperor.
Previous owner said that this tanto belonged to royal family.
We recommend this top ranking Moroba Zukuri Soshu Tanto with unusual style. 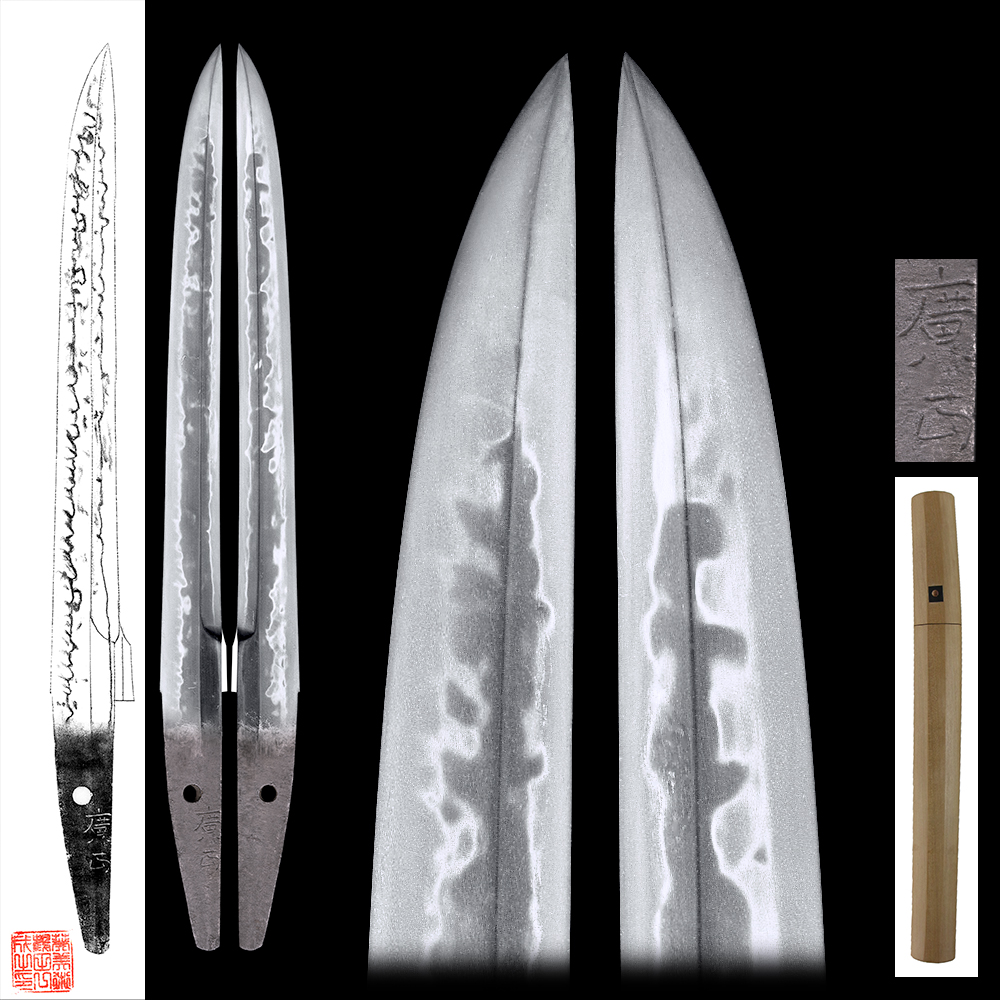 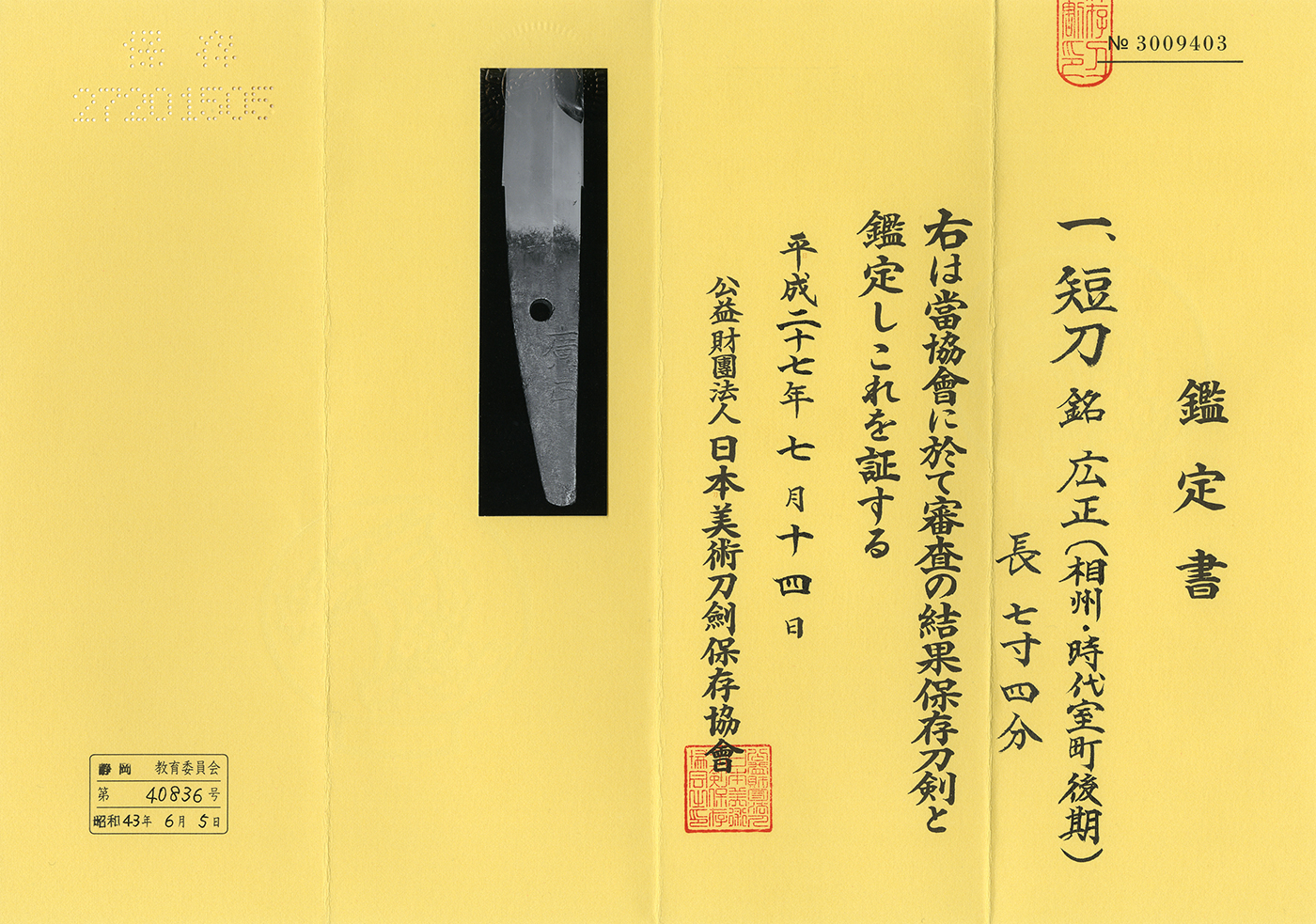 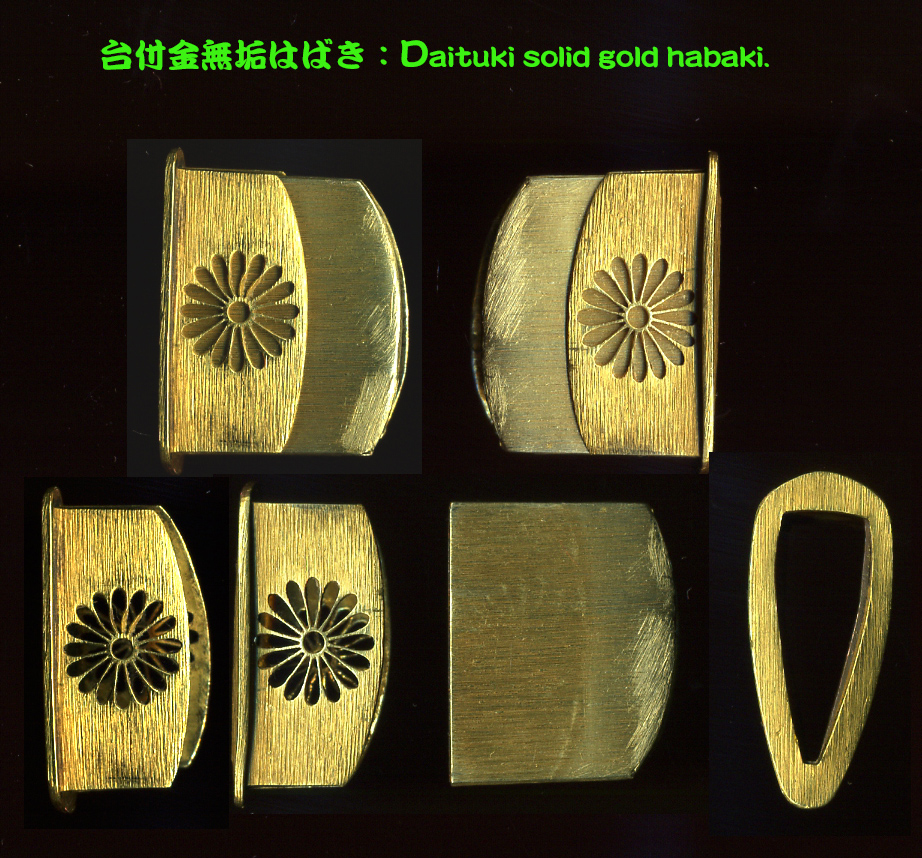