Special feature : This 2nd generation Kanesada is a son of the first generation Kanesada
and called Kichiuemon. He got the title of the Izumi Kami was Eisyo 8 year.
Kanesada and also Kanemoto both sword smiths are well known both wings of the Seki sword makes.
Kanesada school continued to 11th generation at the end of the late Edo period.
Especially 2nd generation Kanesada which is called Nosada was loved many Daimyo
and high ranking samurai like Takeda Nobutora, Shibata Katsuie, Akechi Mitsuhide,
Hosokawa Yusai and Mori Nagayoshi and also Shimazu Daimyo family.
So, many samurai and famous Daimyo treated as family's fine treasure.
Even though small Machiokuri, the blade is still healthy and engraved whole 5 kanji characters
Izumi Kami Kanesada very clearly which is rare for the tanto.
Veru famous politician Hirohumi Ito who was assassinated at the Harbin station in China before the war
holder Izumi Kami Kanesada in ifs stick every time during travel.
Mori Cyoka used Kanesada Yari and engraved as Ningen Mukotsu(there isn't born in human being)
which mean that the Yari is very cut well.
Tadaoki Hosokawa killed 36 his Vassals by his Kanesada.
From that story Kanesada 2nd generation has been highest reputation cut well swords.
At the end of Edo period Toshizo Hijikata who was a member of the Shinsengumi had Izumi Kami Kanesada
11th generation which is a stream of Kanesada school.
By the way, The Tanto which was engraved 5 character Izumi Kami Kanesada is rare item.
This Tanto was polished by Sashikomi style so if the blade will be polished again by high ranking polisher,
the blade will be changed a lot. We recommend this highest sword Nosada for you.

Koshirae : I think the Koshirae was used at Tea ceremony.
Koshirae was made by wood except stub and Kogai.
Kogai is used as a stopper. 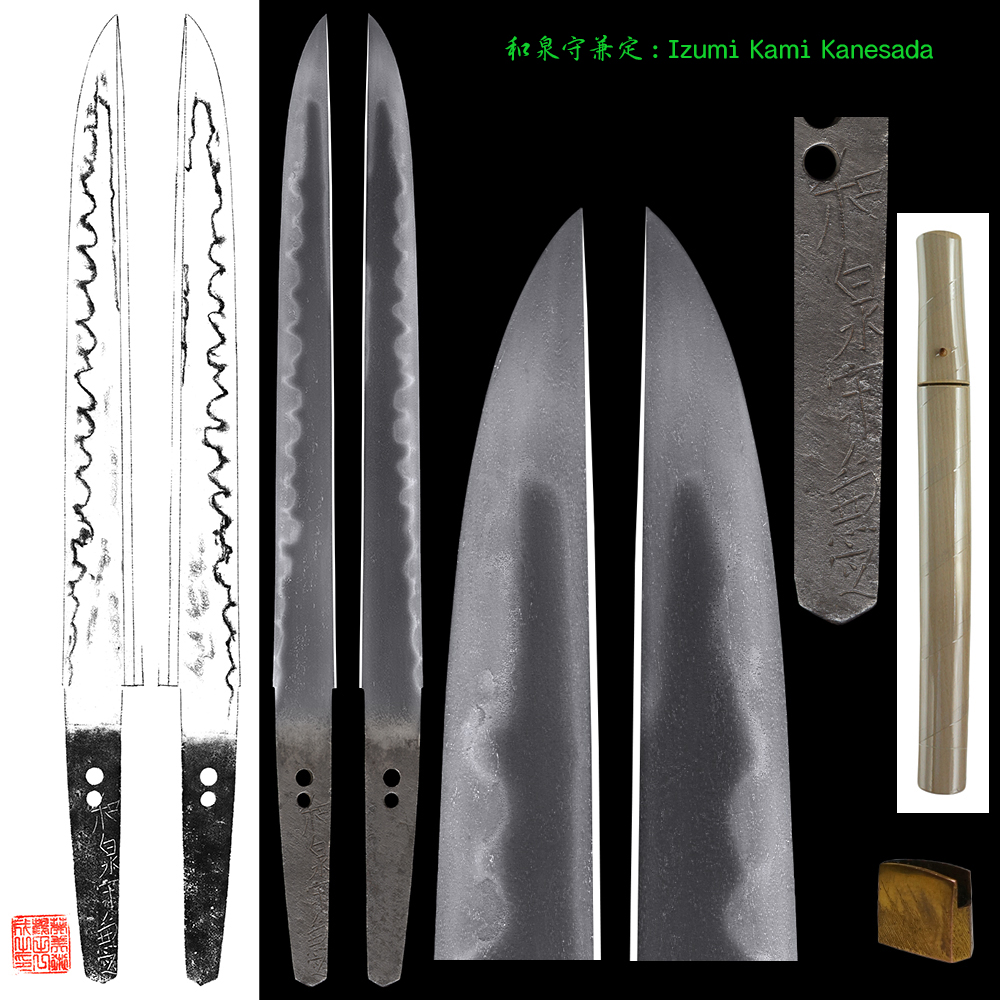 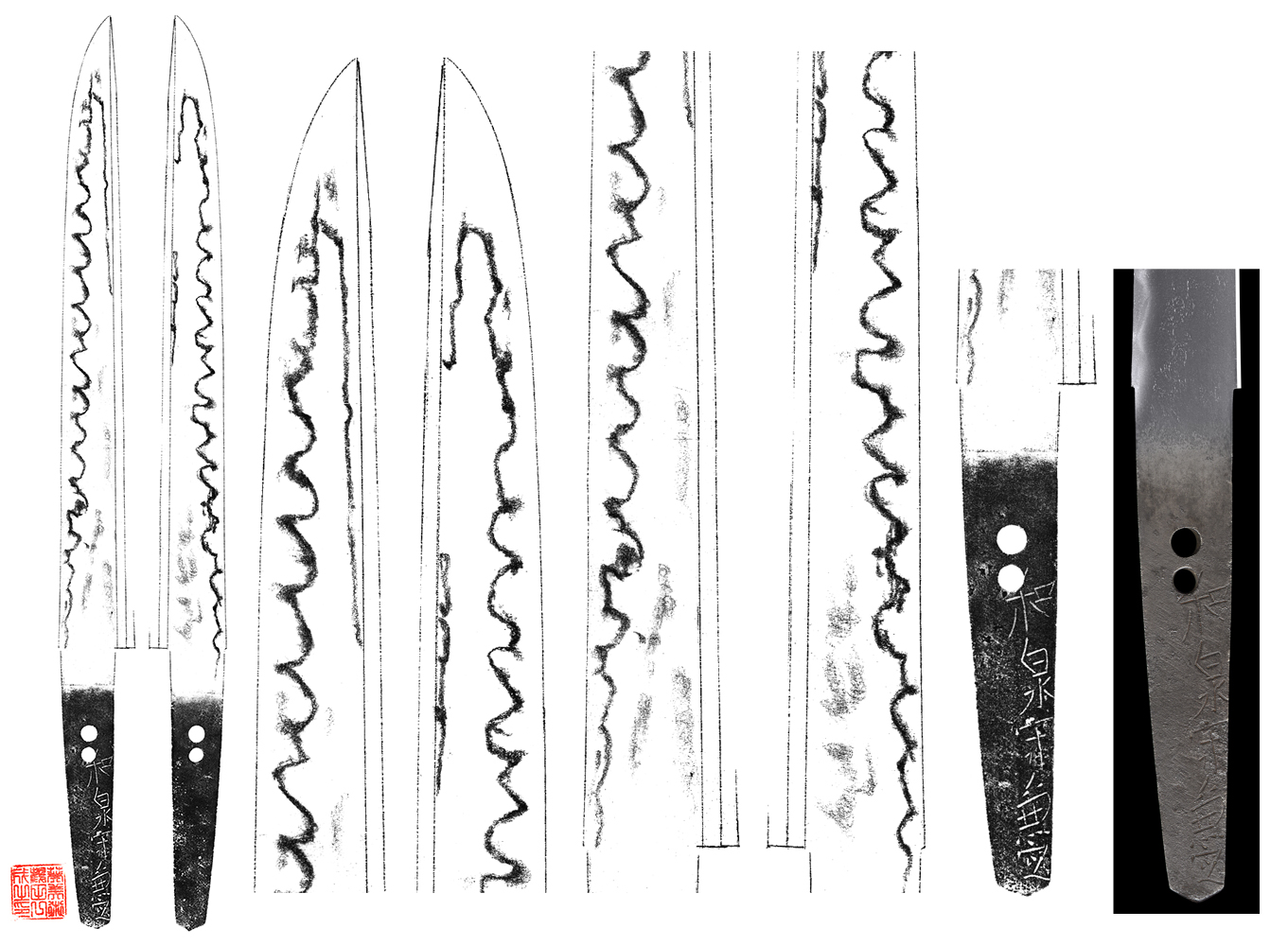 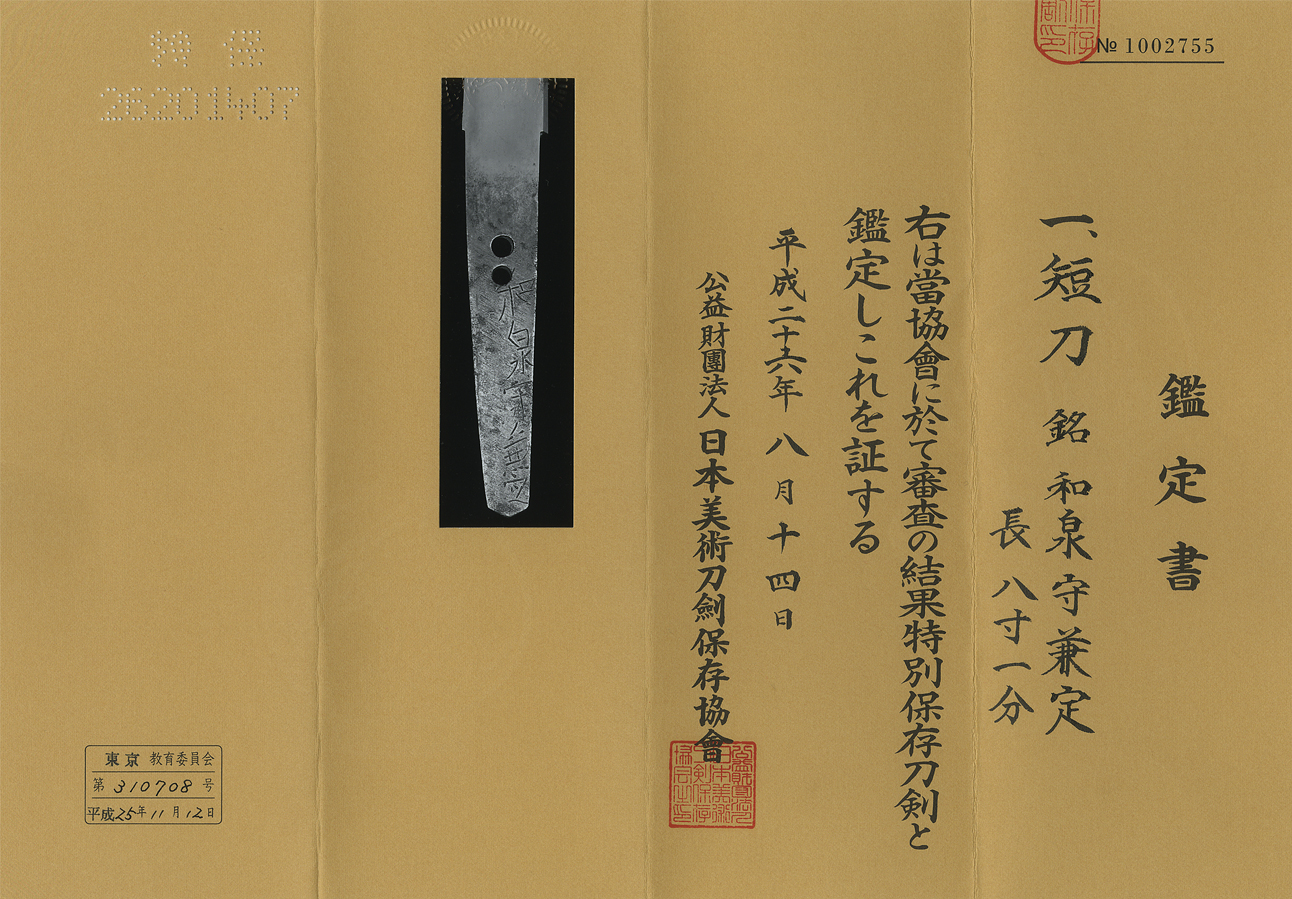