Special feature : Toshihide (Minamoto Hideaki) whose real name was Kaneyoshi Horii.
He was born in 1886 as the third son of Hirokichi Tokuda in Shiga pref,
became a student of Horii Taneaki in 1904. Horii Taneaki was a student
and the son in law of Horii Taneyohsi who was a swordsmith of purveyor
of the Imperial Household Agency.
Toshihide used three swordsmith name : inscribed Kaneaki since 1905,
Hideaki since 1913 and Toshihide since 1933.
He made Souden Bizen style swords.This blade was made at Taisho era as his name
was called Hideaki. This blade is quite active and fantastic.
generally speaking He made Tanto with suguha hamon
but sometimes he made like this midareba hamon.
We can say This Tanto is Aoe utsushi style which was made
Nanbokucyo period Aoe Tsugunao. It is very active Aoe style bigger Tanto. 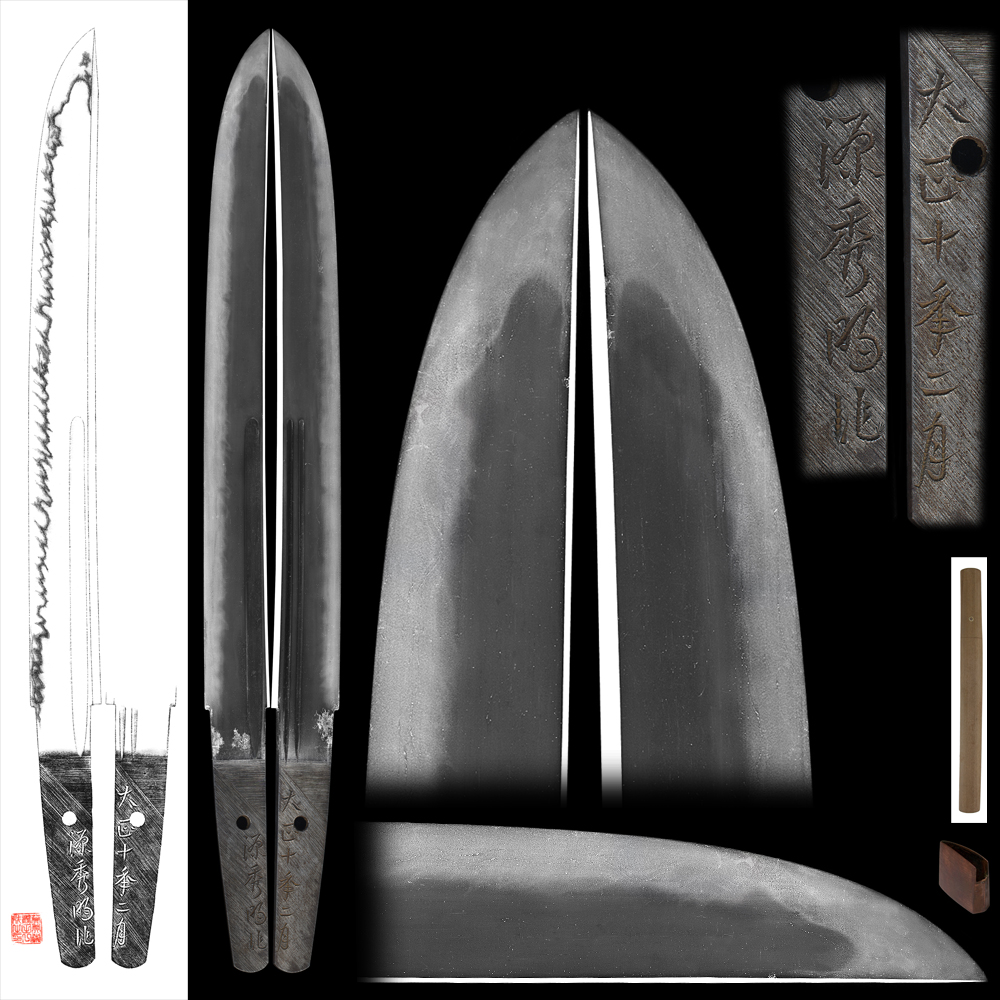 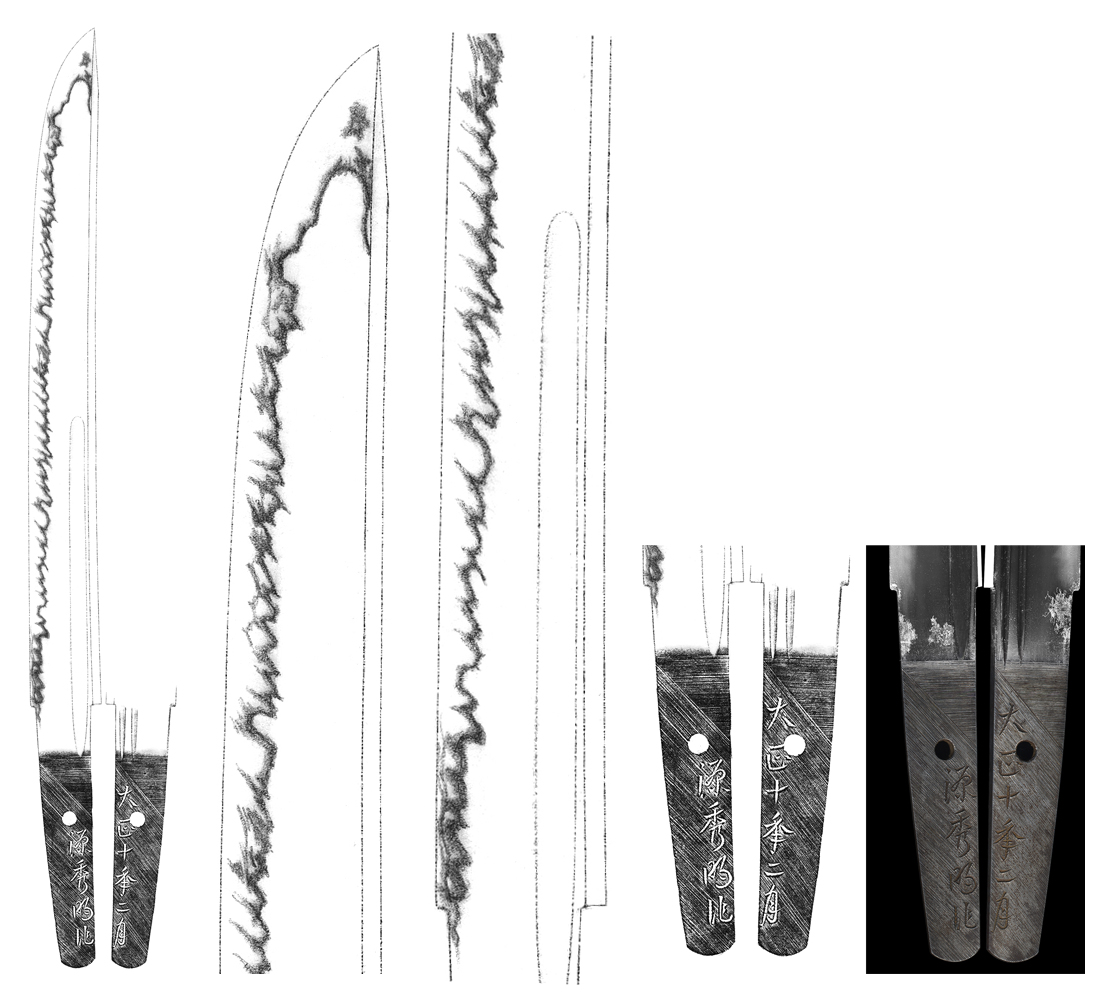