Special feature : Miyamoto Kanenori was born at Tenpo 1st year(1830) Ho-ki province.
His name is Miyamoto Shigahiko and studied under the famous Yokoyama Sukekane.
He obtained mandate for the relationship between master and student.
Therefor he was given one of sukekane word Kane from his master and
He changed his name Kanenori without changing his name for good.
At 1877 Ansei 4th, he returned to his country and became Daimyo Totori family sword craftman.
By the Haito-rei(decree banning the wearing of swords）he obliged to stop making swords.
After that he became members of Tesitu gigeiin(Japanese government technical craftsmen)
with Gassan Sadakazi. After that he made swords for Royal family, Ise syurin treasure sword also Meiji shrine.
At Taisyo era, He made a sword for marshal(five silver stars),royal family and shrine treasure swords and also emperor sword.
He passed away at 1915 Taisyo 15th age 97 years of lad.
This Tanto was made age 85 years of old by Teisitu Gigein Miyamoto Kanenori.
He is one of the final shinshito sword makers.
it is rare to find Miyamoto Kanenori in the market, because he made swords for royal
family and high ranking army or navy officers and also shrine.
The blade is healthy and nice work. 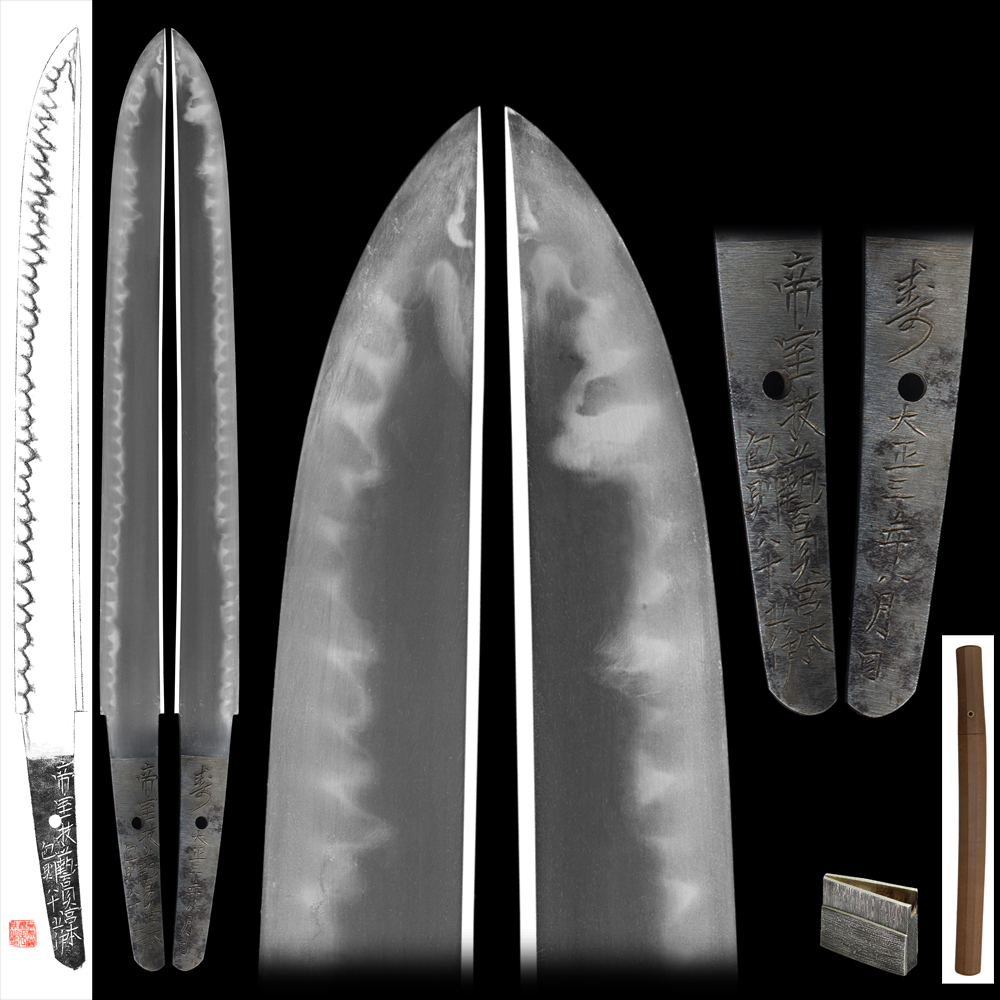 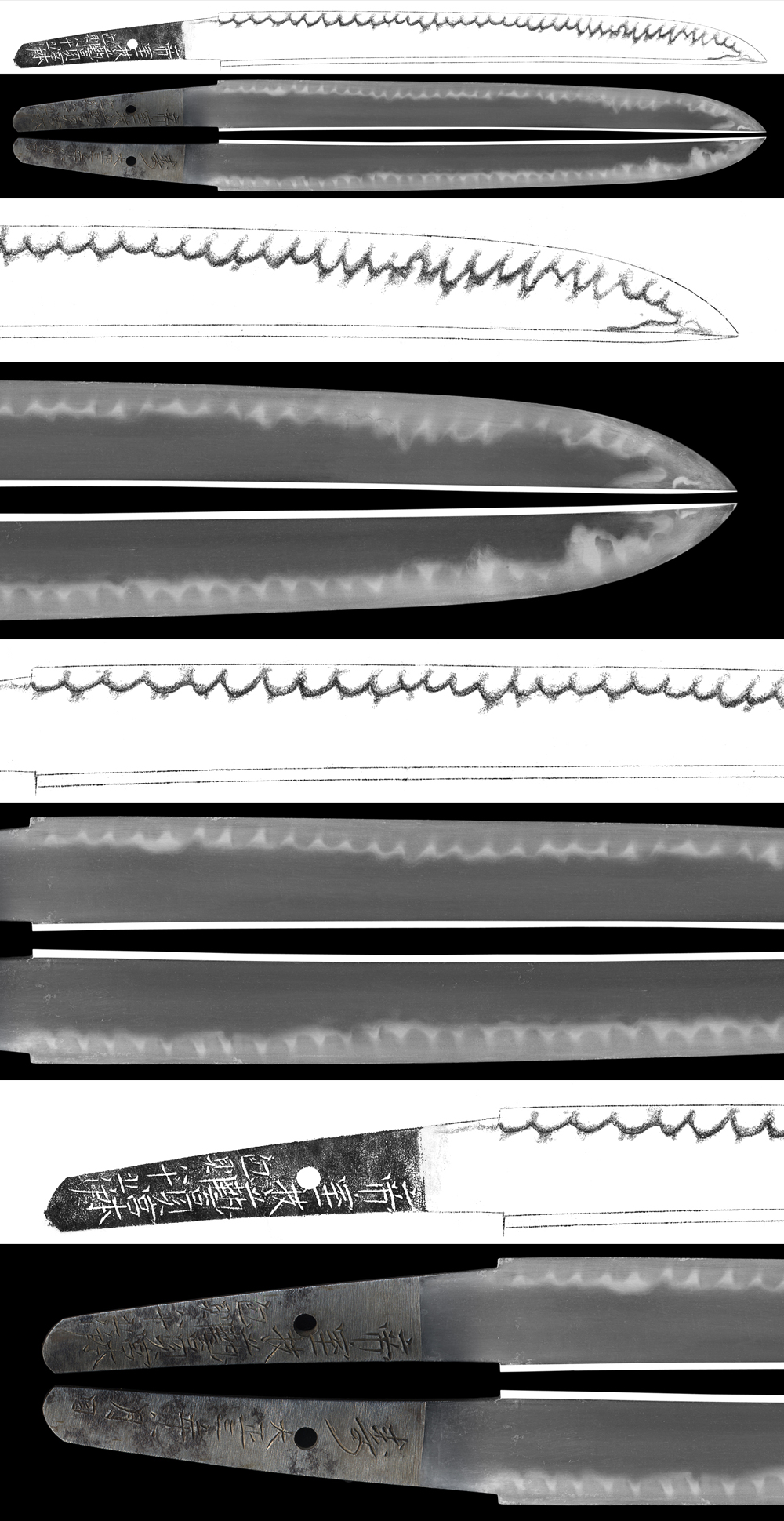 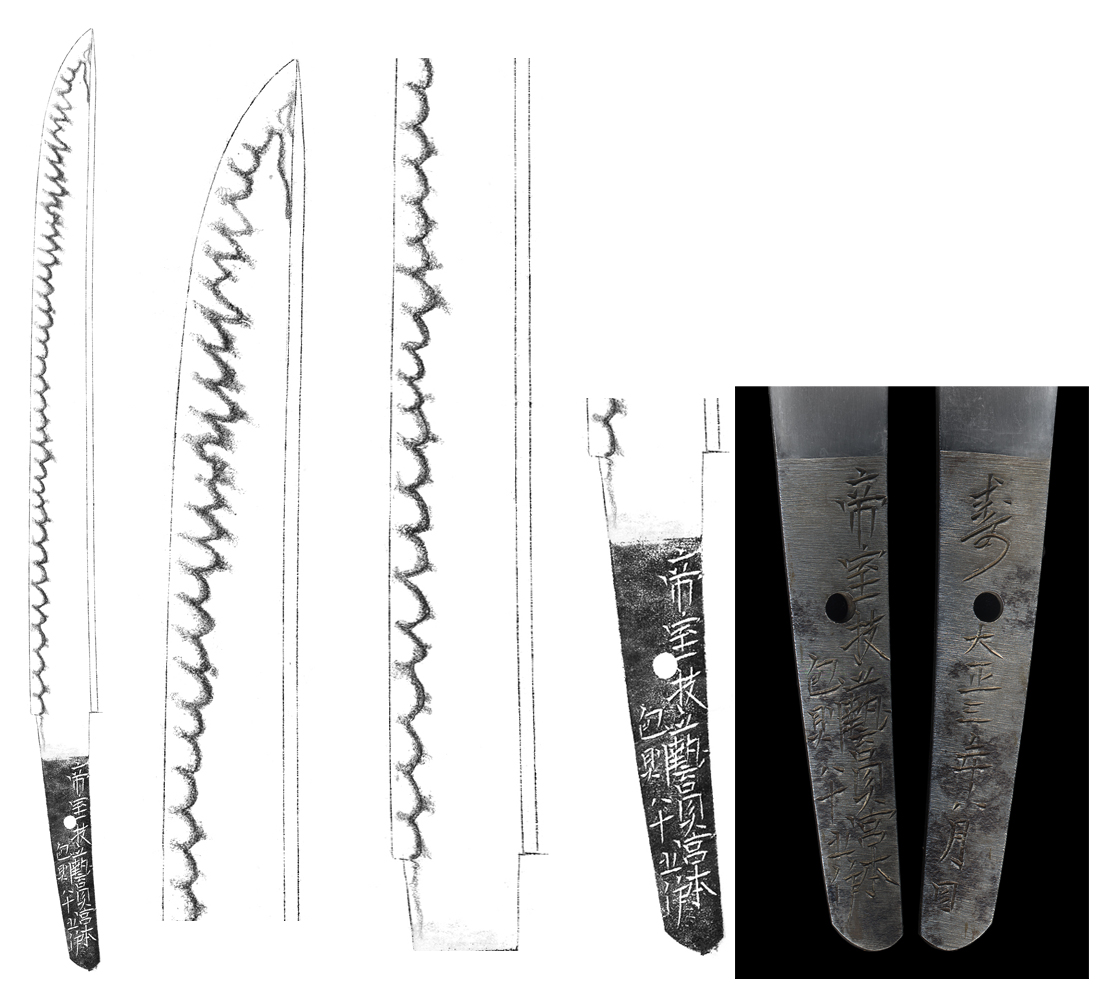