The blade was high quality polished.
Habaki: Gold single foiled habaki
Blade length : 46.06cm or 18.13inches.
Sori : 1.05cm or 0.41inches.
Mekugi: 1
Width at the hamachi : 4.06cm or 1.6inches.
Kasane : 0.9cm or 0.35inches.
Weight of only blade:895g
Era : Late Edo period circa Bunka(1804-1818)
Shape :It is called “The devil’s knife from the wide(4.06cm) and thickness.
Jitetsu :Koitame hada well grained with jinie attached. The jigane is dark and clear.
Hamon : Nie ground with deep nioiguchi, jinie and chikei attached. The jigane is dark
and health with many sunagashi and kinsuji works.

Special feature : Houki no kami Taira Ason Masayuki is a son of second generation
Masayoshi. He was born in Kyoho 18th year (1733). He has passed away at at
Bunsei 1st year(1818) but has kept forging sword until he was 85.
The sword is identical to that of Yamato no kami Motohira and has been the two
masters of Satsuma province. Generally the jigane of both swords has dark ji and there are chikei seen.
Hamon is also same in the swords of both smithes. The hamon of both swords are pointy gunome midare .
There are also many sword with active sunagashi and kinsuji works. The clear Nanbokucho shape is well seen.
There are also many swords that imitating Shizu Utsushi. Therefore there were some swords that has been evaluated
as Shizu after the signature has been scraped off.
This sword was order made when he was at the age of 79(Bunka 8th year 1811）.
It is clear that this sword is called devil’s knife by viewing the width and thickness.
We have never seen such sword not that we know of. It is magnificent look sword. It is 895 grams sword that
is very rare to be seen. The signature Kawasaki Sekizaemon Kanesuke is said to be a highly payed bushi(warrior) of
Shimazu family.

Historical background: Late Edo period, Ogata Kougan learned Dutch studies at Edo and Nagasaki.
He has Opened Dutch cramming school and has brought up Oomiya Masujiorou and Fukuzawa Yukichi.
At Bunkyu 3rd year at age 54, he passes away. 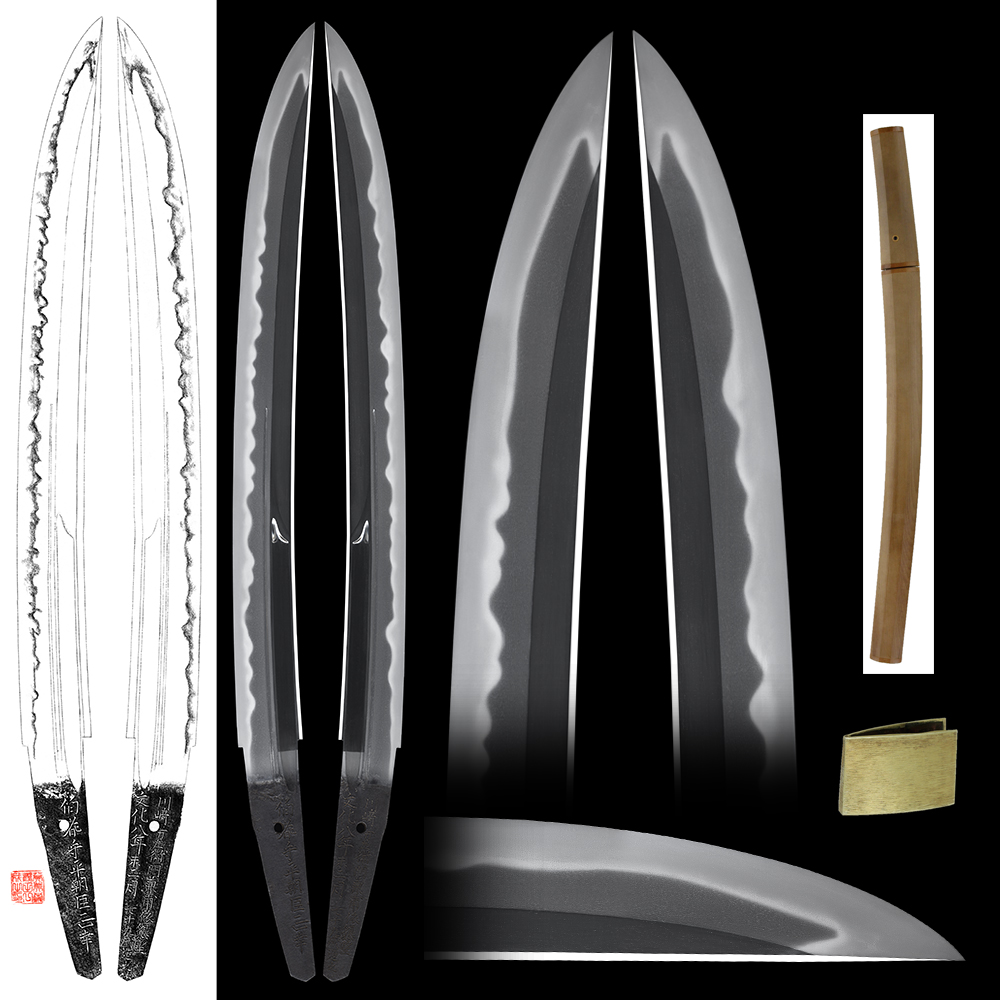 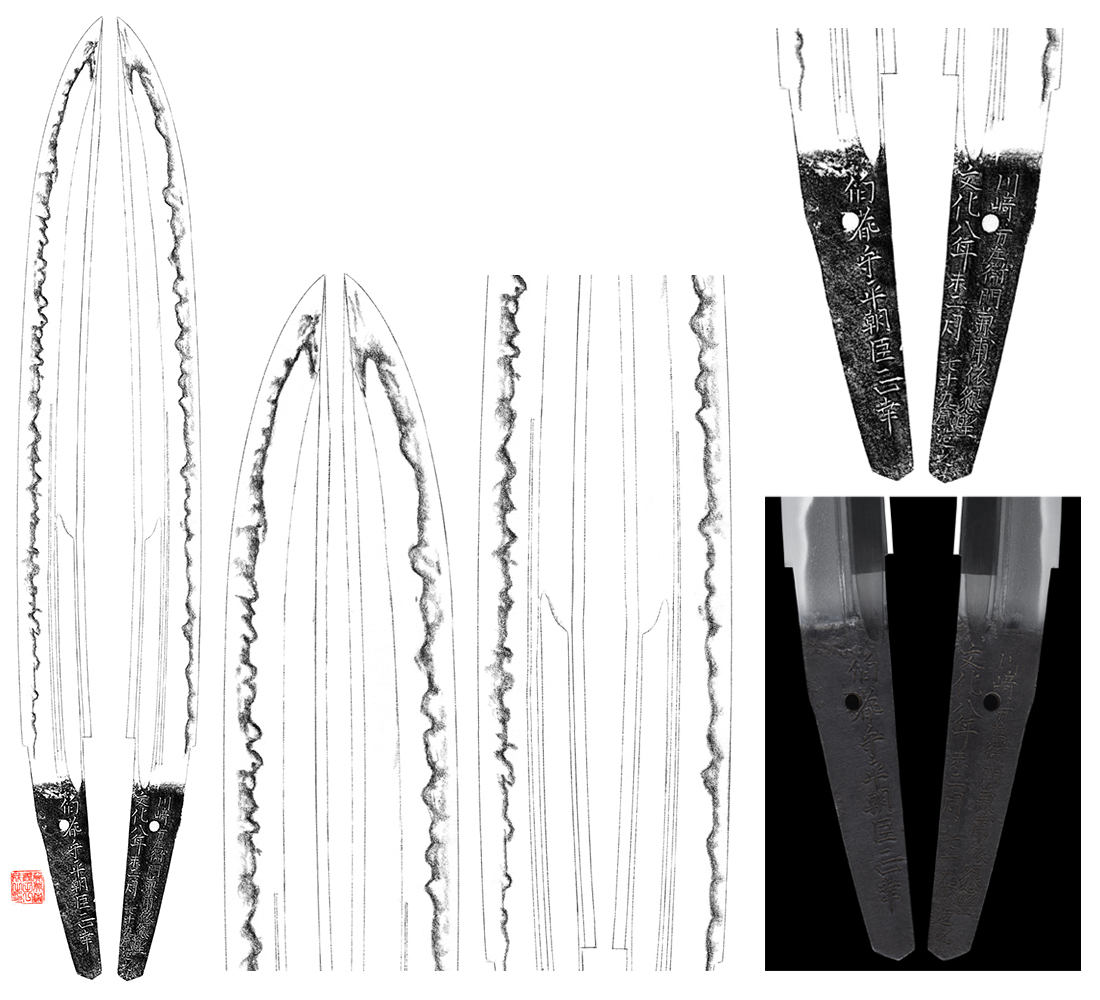