Special feature : Kunisuke was born in Ise province.
First generation Kunisuke was born at Ise province and called Kobayashi and a samurai of the Nagato Kami
but unfortunately his master’s family was downfallen so he changed his job to be a sword maker.
He moved to Oosaka and suited under the Kunihiro. This sword maker was a son of the first generation kunisuke and between first and 3rd generation. so he was called nakakawachi(middle swordsmith)
He found Kobushi cyoji midair hamon for the first time and this technique succeeded to his students.
The blade is active hamon and nice Jigane.

Kawachi no kami the 2nd was a swordsmith in Settsu province, and he is called Naka-Kawachi.
He made mainly Kobushigata-Choji midare Hamon.
This blade was typical work by 2nd generation Kawachi no kami Kunisuke.

Historical background : Tokugawa Shogun issued the ban of holding sword by murchant.
So a lot of sword makers obliged to close business.
Until Bunka Bunsei era, there are nothing to look at famous sword makers. 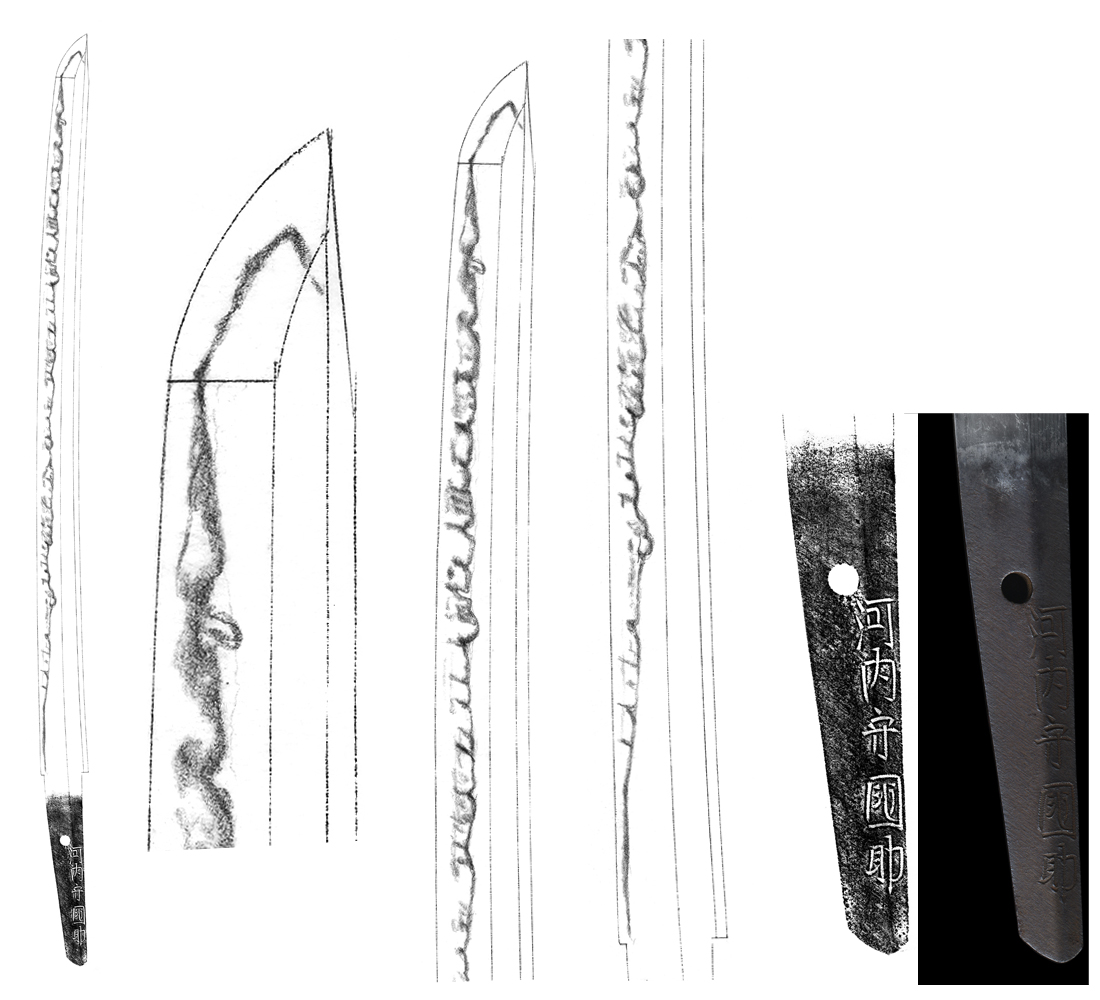