Special feature : Shinano Daijyo Fujiwara Tadakuni was called Yamamoto Hachidaiyu and a student of the Dewa Daijyo Kunimichi and helped him for making swords.
Kanei era, he moved to Inshu province and changed his name to Tadakuni and after that Kanei 11th August, he got the title of Sinano daijyo. He passed away Kanbun 6.

Historical background : 1637 Kanei 14th Shimabara no Ran happened.(revolution)
At early Edo period, Daimyo Harunobu Arima governed Amakusa but he tried to severe tax was collected.
Religion pressure also piled up and fought stubbornly,
Farmers and some high ranking samurai Amakusa shiro fought against Daimyo but defeated by the Shogunate army.
Shimabara seigneur Katsuie Matsukura who collected a severe tax against farmers and religious for christ was beheading for the Shogunate.
But by this event, Tokugawa shogun decided to broke off diplomatic relations with Portugal because the reason this issue was made by christianity. 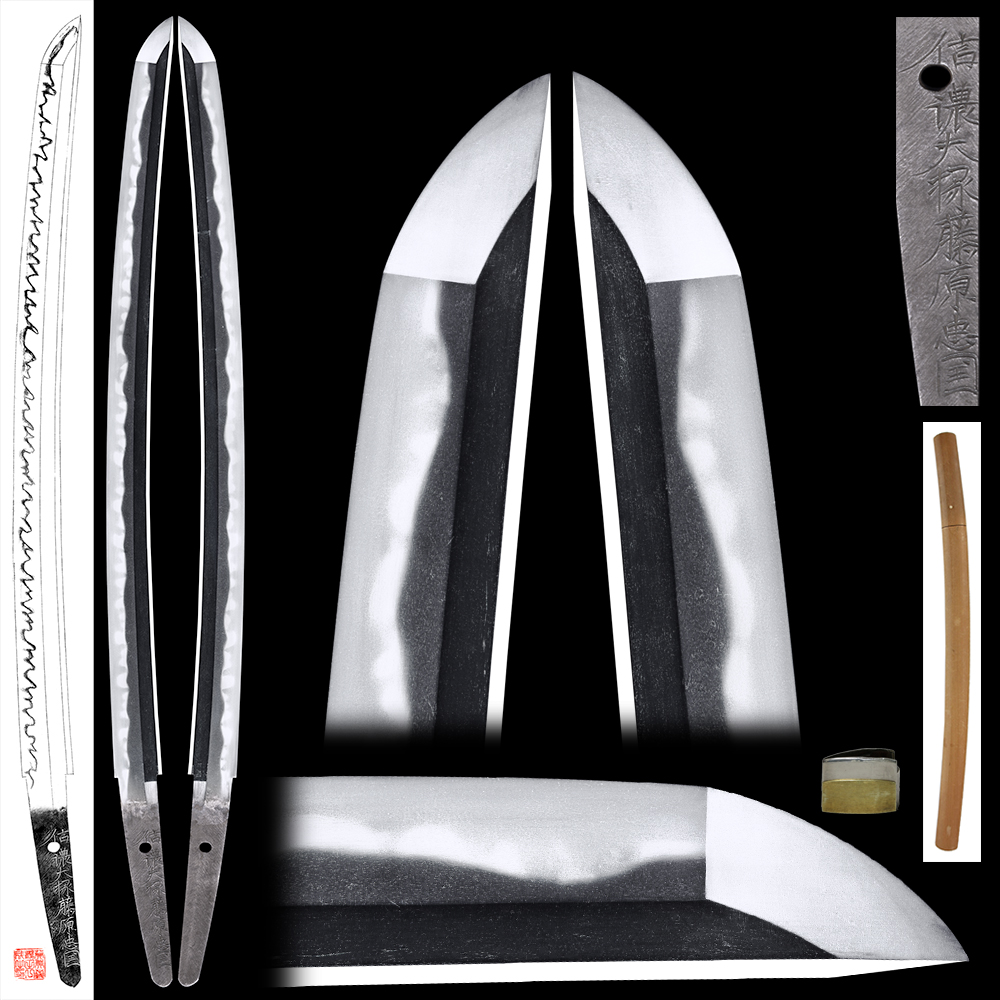 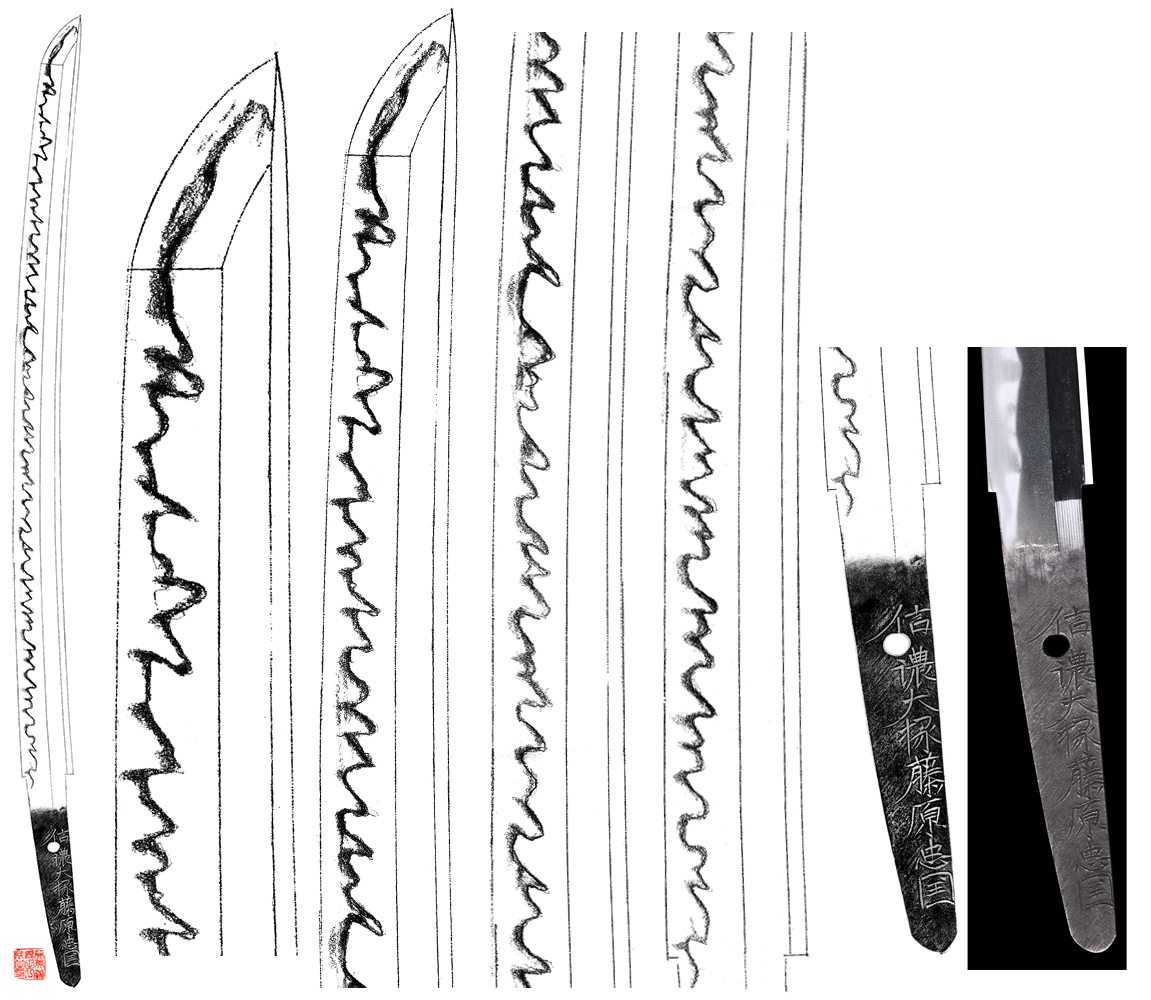 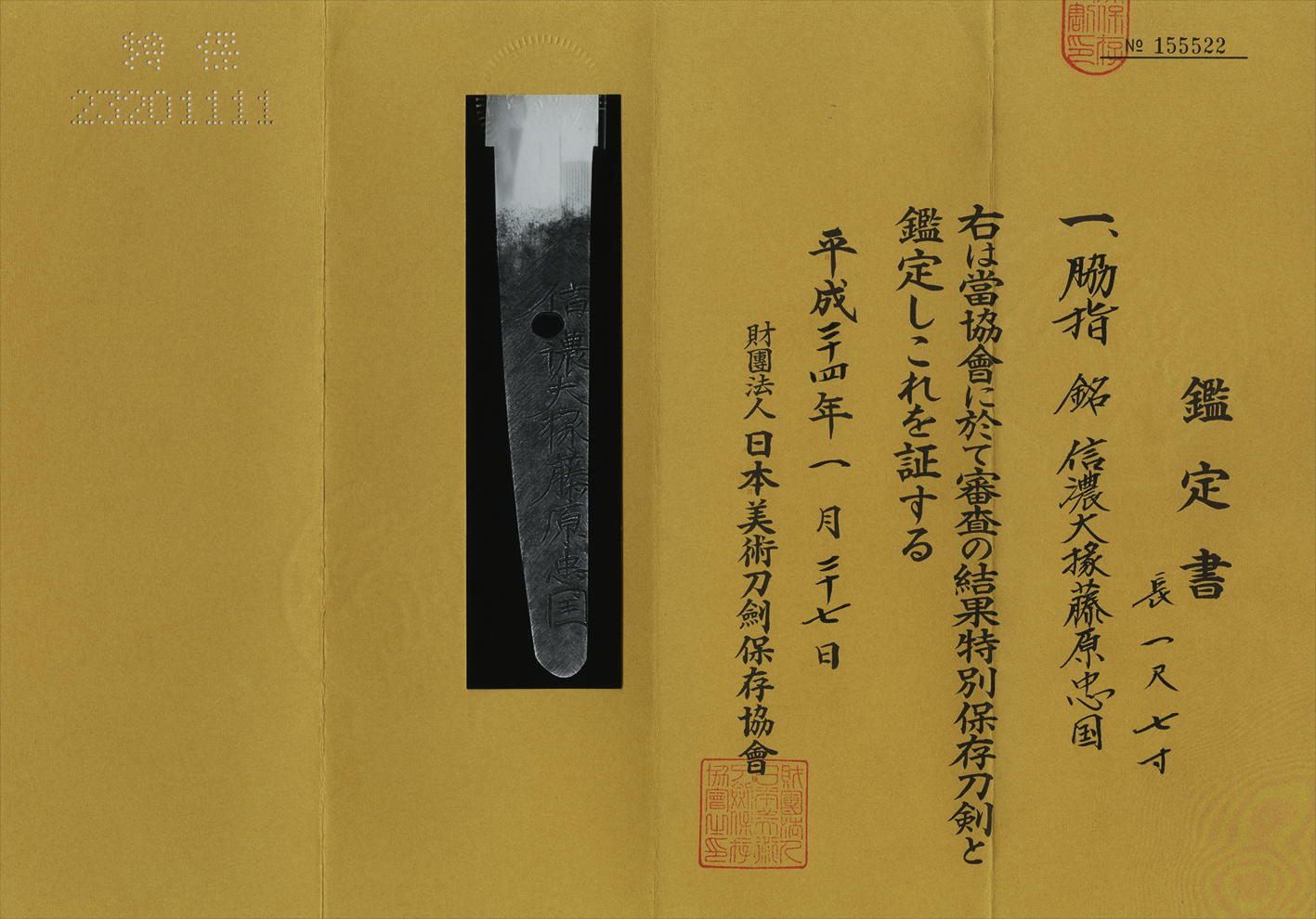