Explanation: Yasuoki made this blade in 1978 at age of 62 years old.
This blade was polished by Yashiro Terumichi.

Special feature : Yasuoki is well known swordsmith of Nihonto Tannrenkai in Yasukuni shrine. His mater is Miyaguchi Yasuhiro, Kajiyama Yasutoku, Yasunori, Ikeda Yasumitsu and Yasutoshi.
He was born 1st February 1916 ,died 5th March 1986.
He became a member of the Nihonto Tanrenkai foundation on 1st March 1935.
He became a Sakite of Kajiyama Yasunori after Kotani Yasunori left the Foundation on first July 1935.
He was given the name of Yasuoki by the War Minister Hatta Syunroku on 12th July 1940.
Donated a sword to the Yasukuni Shrine in August 1940.
Donated a sword to commemorating the 2,600th Imperial year at the request of the governer of Kanagawa prefecture.
Made a guardian tanto for princess Takeda-no-miya Motoko in February 1942.
He made onkashi swords 9 Katana and 3 Tanto.
He got Chairman Award at the 2nd Gunto Tanren Kai.
He got Yusyu syo prize and other many prizes.
His Hamon and Jigane are different from the Yasukuni shirne’s swords.
We think that this blade is Rai Utsushi blade. The Nakago style is also very nice.
He is noted in contemporary swordsmith. 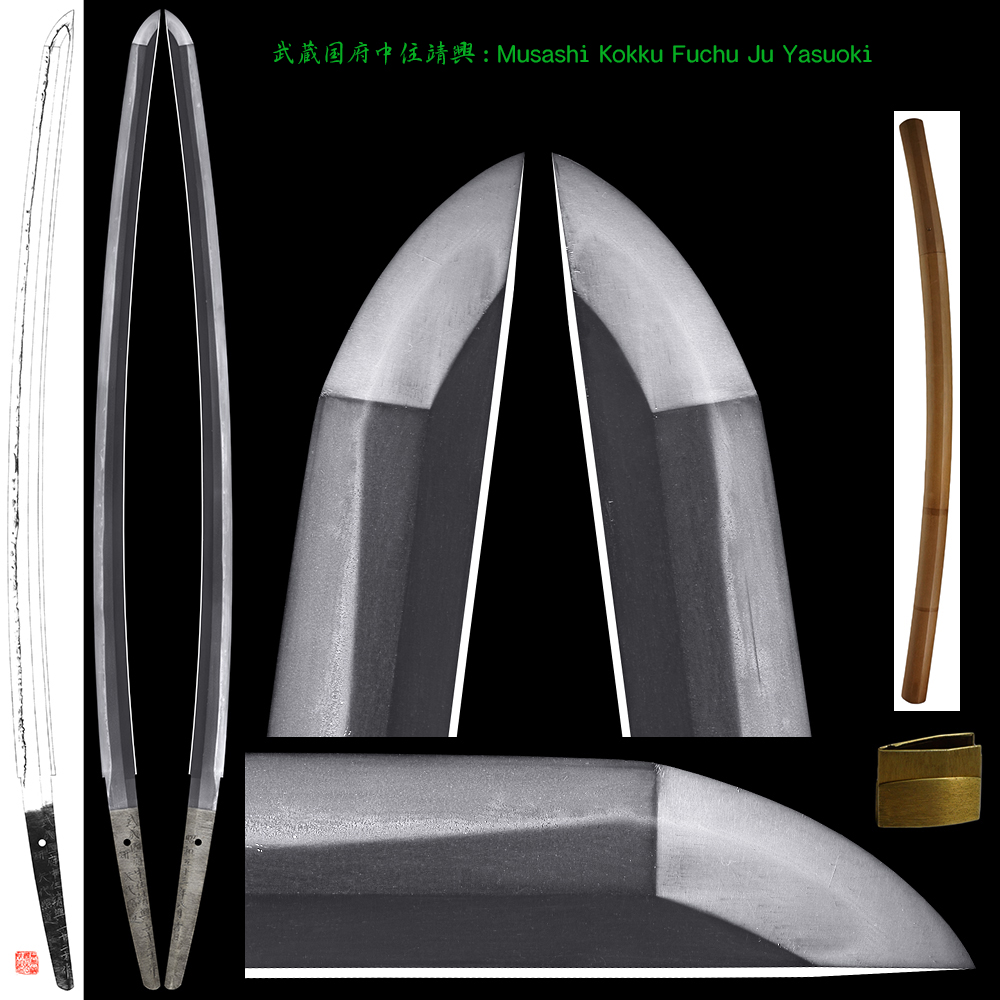