Special feature : Gassan Minamoto Sadakazu is an adopted son of Gassan Sadayoshi
who lived at Osaka. He called Yagoro. He was born in 1836
at Hikone in Koshu province, present Shiga pref.
Gassan swrod smiths started from Kamakura period at Dewa koku Gassan.
According to tradition, Kioumaru is condidered to be the original patriarch.
Kioumaru lived in a holy pace of Dewa koku Gassan.
From the Kamakura period to late Murokachi period, they called "Ko-Gassan".
Late Edo period, Gassan Sadayoshi moved Osaka.
His adopted son (first generation of Sadakatsu) restore the Ayasugihada
which is characteristic Gassan blade.
Sadakazu started to learn when he was eleven years old.
He was approved as a Teishitsu-gigeiin,
a Craftman to the Imperial Household in 1906 and received a command to make
a gunto for the Emperor Meiji in the next year. Sadakazu passed away in 1918, aged 73.
This balde has so nice Masame Hada.
We recommend this Tanto very much.

An Imperial Household Artist (Teishitsu Gigeiin) was an artist
who was officially appointed by the Imperial Household Ministry to create works
of art for the Tokyo Imperial Palace and other imperial residences.
The system came into being during the Meiji era in 1890 and was discontinued
after the end of World War II. Most pieces of work cannot
be seen in public except in the Museum of the Imperial Collections,
as well as occasional pieces in the Tokyo National Museum.
(Source: Wikipedia) 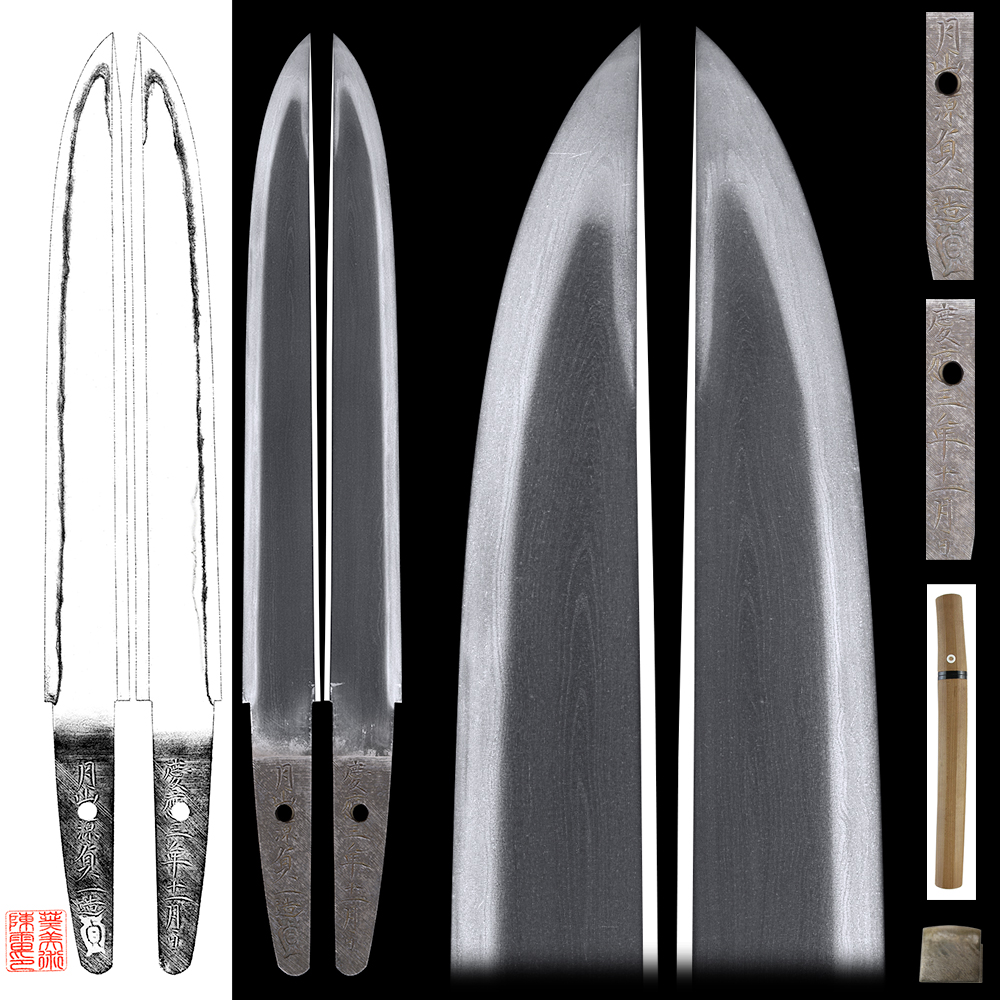 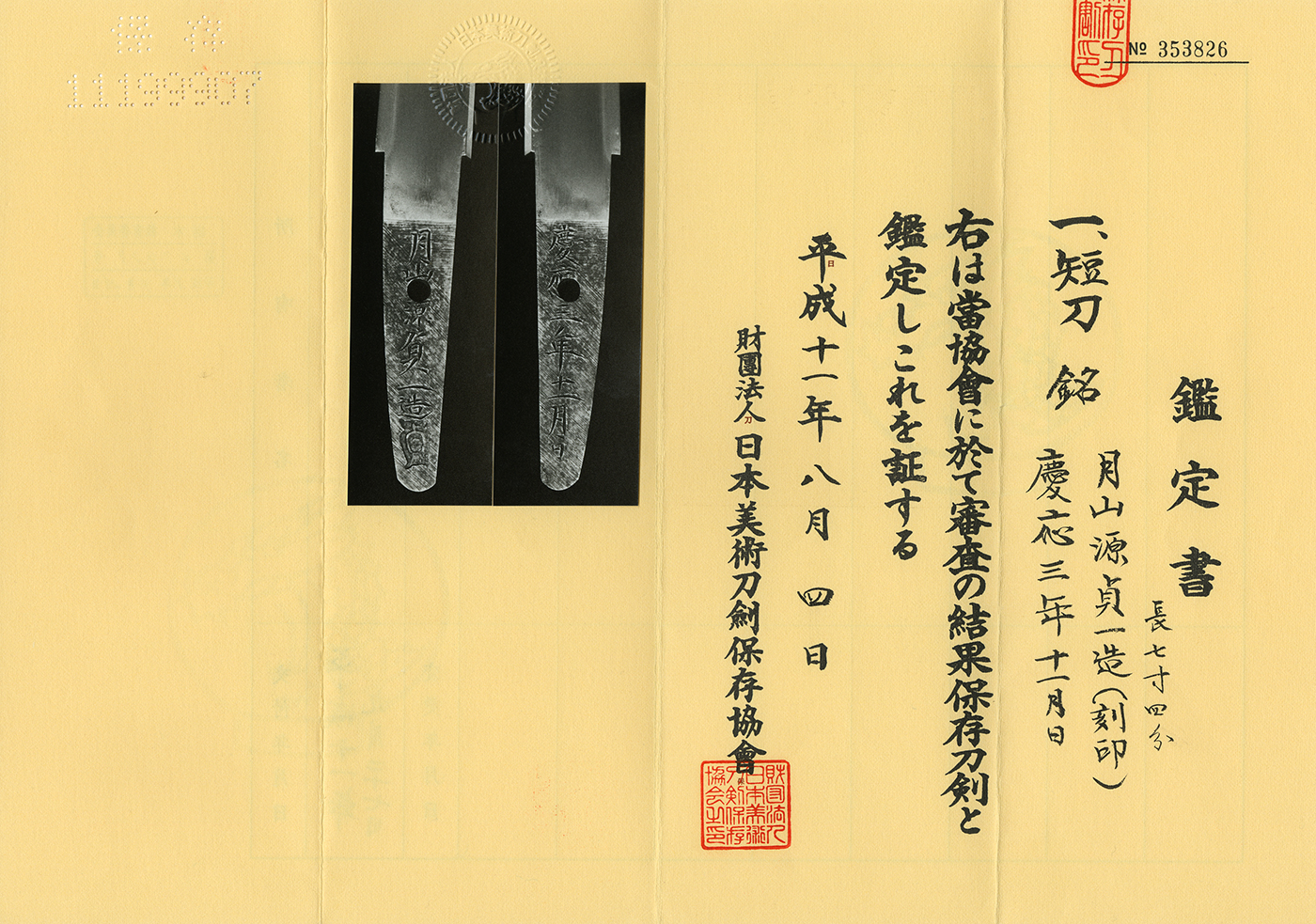