Signature : Mumei attributed as Kikuchi Yari.
Sayagaki by Kiyota sensei:Died by obedient and live faithful, Kikuchiyari report this fact.
He sometimes talk about Japanese soldiers who died at the wartime.
I think he lives real ancient samurai's spirit.
The blade was polished.
Blade length : 18.1 cm or 7.12 inches.
Mekugi : 1
Width at the hamachi : 1.45 cm or 0.57 inches.
Kasane : 0.70 cm or 0.27 inches.
Era : Late Muromachi period.
Shape : The blade is unusual shape which is called Kikuchi Yari.
Jitetsu : Itame had massage had mixed with jinnie attach and lose had.
Hamon : Niedeki suguha and notaare mixed and sunagashi, kinsuji work.

Special feature : At Kamakura period, Takeshige asked his junior staff to make unusual weapon by bamboo.
He put the Tanto on the top of bamboo and got victory.
When they returned his country, Takeshige ordered special unusual weapon to Enjyu sword maker.
At the war time, some navy officers made in his Tanken by using Kikuchiyari Even though the blade is rather tired, the kikuchiyari is precious data.
Maker by Mr Kiyota Taisin sensei:This Koshirae was made by mr Koyota.
Mr Kiyota sensei got the title of Iai do 10 dan which is the top ranking Iai do practice.

His career : He worked at Japanese ramie at China and other places.
He was a captain at the final end of the war time.
After that he worked Japanese defense army.
After retired, he worked for making sword Koshirae and collecting Japanese swords and teach Iai practice for many young people.
Even now he teaches Iai practice at the Japanese army.
He is now more than 90 years of age. 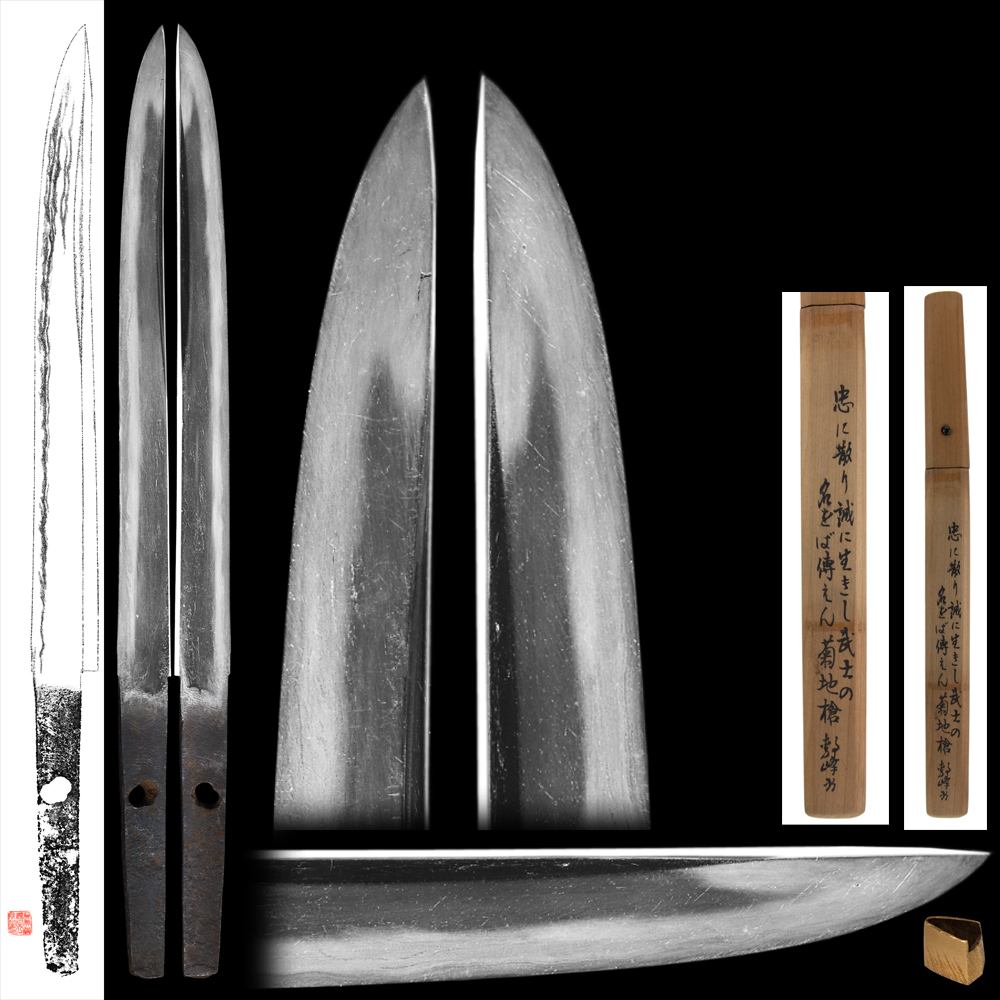 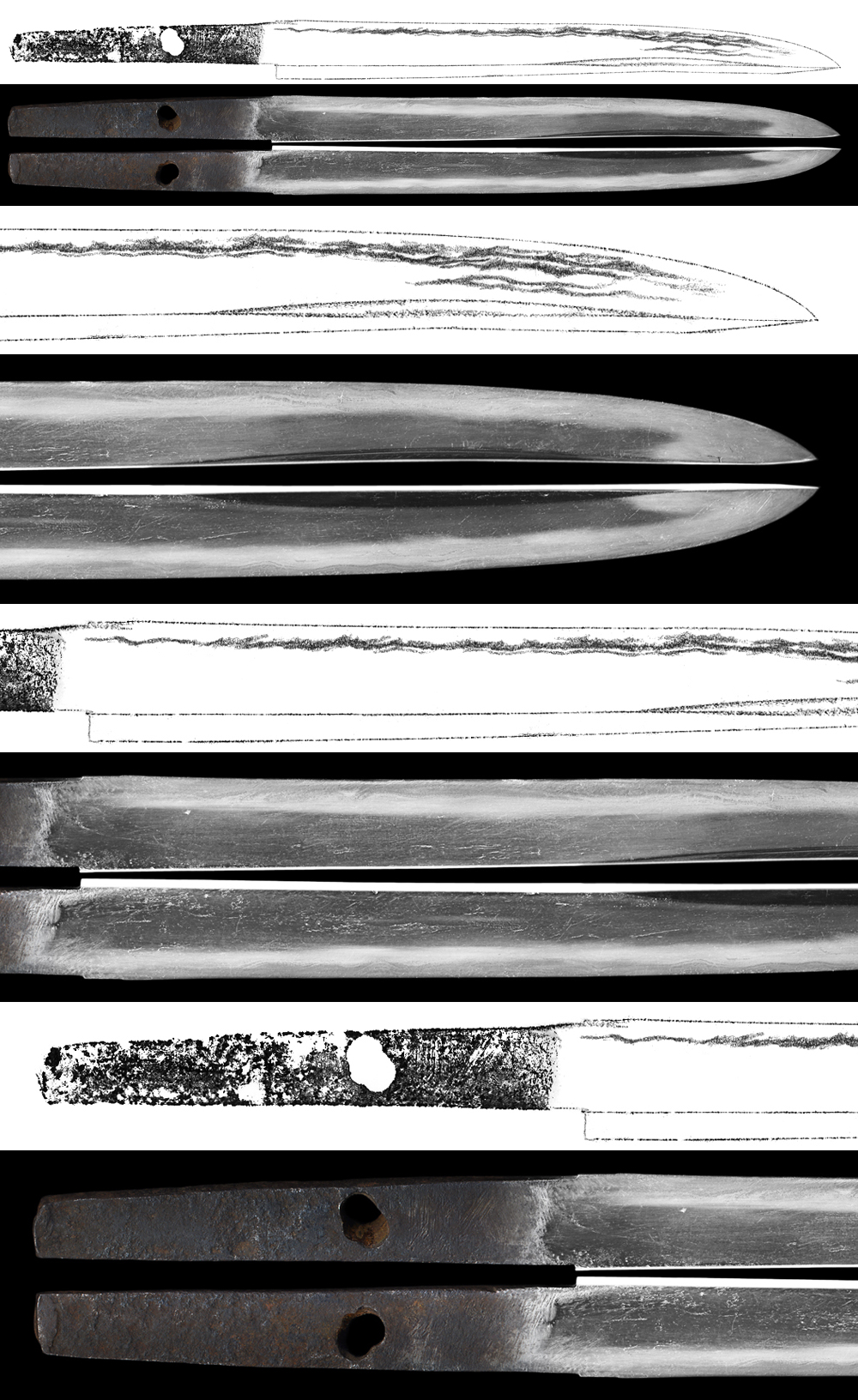 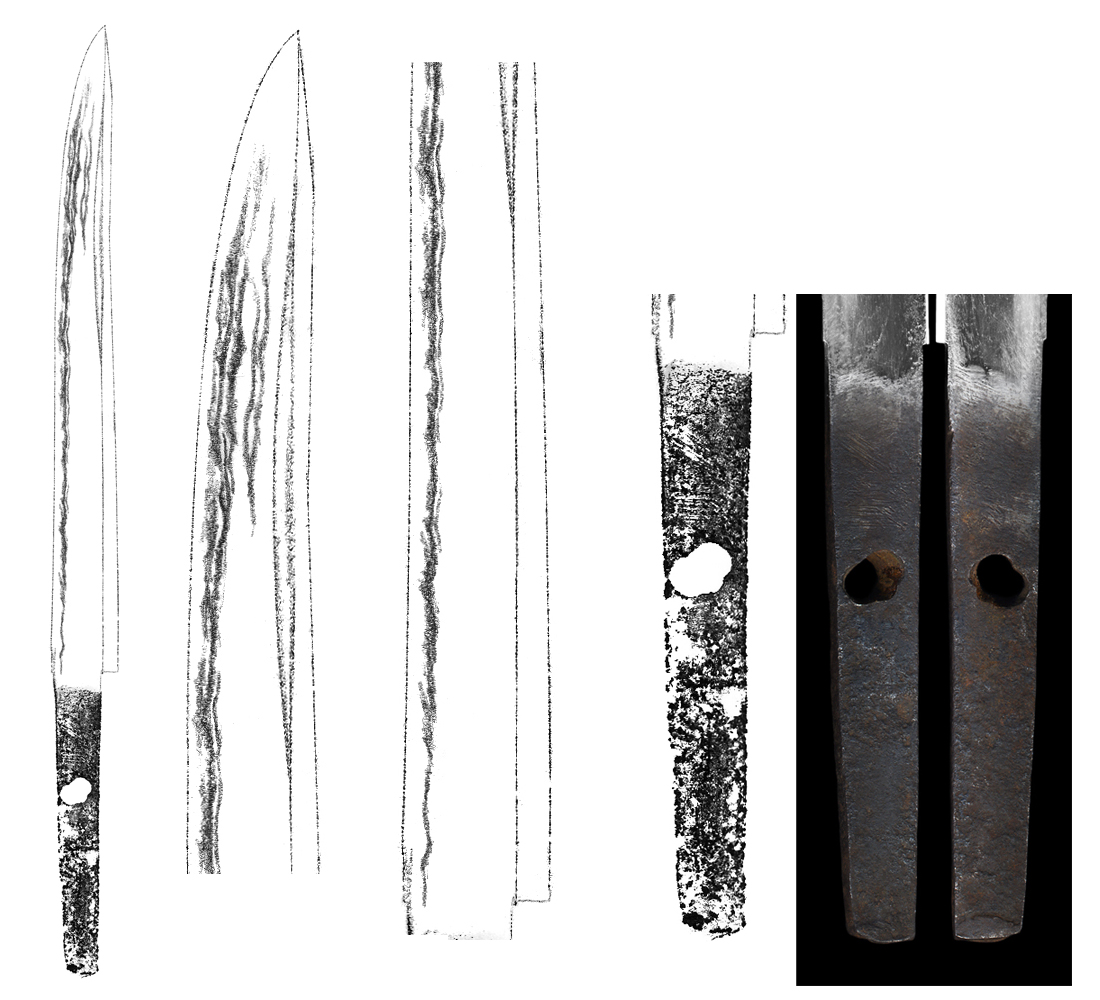