Special feature : Ikkansai Kunimori is another name of the Yasuhiro who was making swords at Yasukuni shrine as Yasukuni sword makers.
Generally he made few Tanto in his life.
The blade is small sized which is good for Yomeiri tanto (marriage tanto) or a Tanto for self-defence (omamori tanto), In Japan, from so many years ago, when samurai's daughter gets married, her parents present a Tanto as her firm determination for to do the best for husband’s family.
Mamorigatana means that a Tanto protect the owner from disaster and body from illness and so on. So the tanto seems to be a symbol of belief.
In Wooden box.
Aoi Art estimation paper : whole Oshigata. 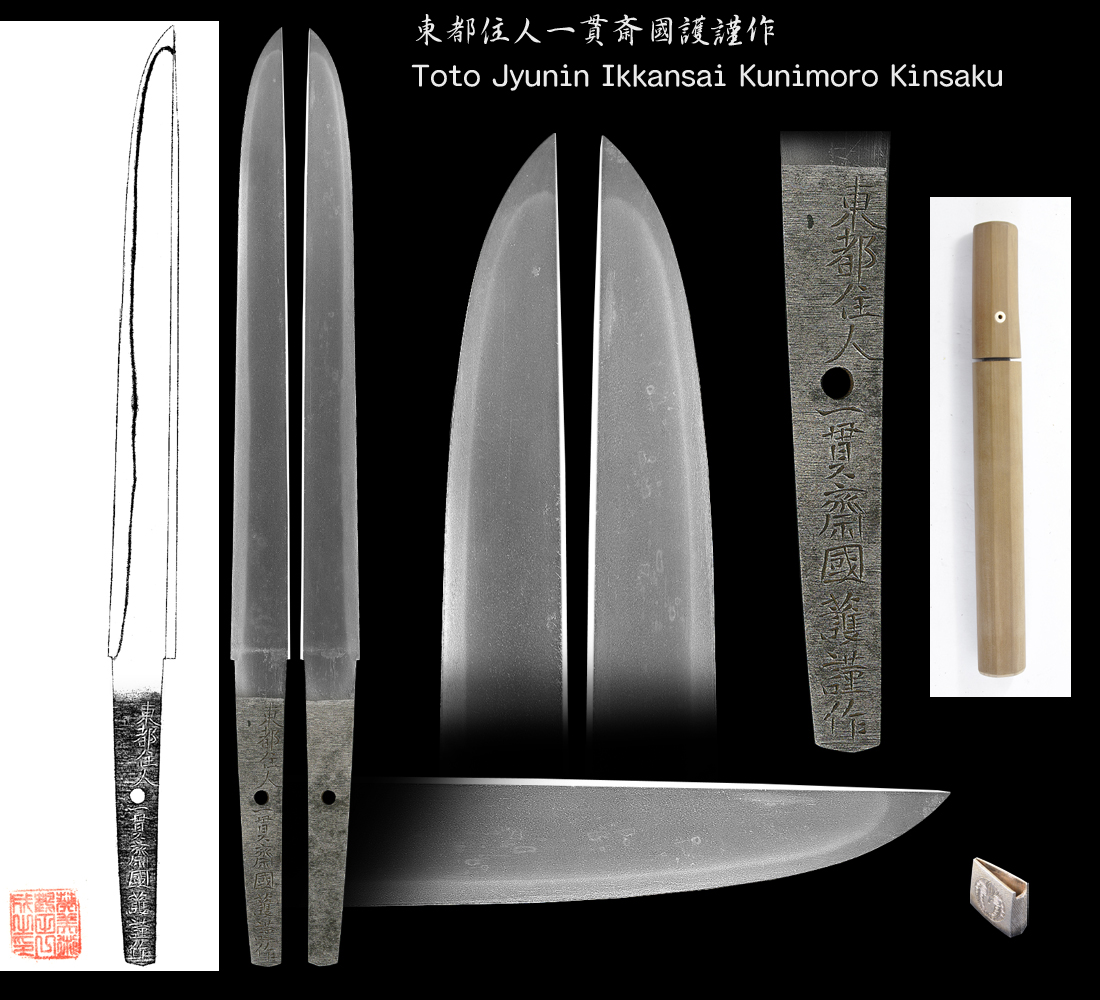