Special feature : Tadahiro the Second was born Heisakuro Hashimoto as
a legitimate son of Tadayoshi the First. Tadahiro was only19 years old
when his father passed away in1632 but he was enough skillful to forge
sword at that time. Tadahiro designated the Omi-Daijo in 1641,
aged 29 and continued not only forging sword but also supervised many
pupils until his death in 1693, aged 80. He is known as a skillful swordsmith
almost all works are above the standard hizen-to.
He had been forged sword for a long period of time to leave
the largest number of swords among the swordsmiths of Hizen school.
He was good at both of Suguha-hamon and Choji-midare Hamon.
Especially the beauty of jitetsu called konuka-hada is appreciated as
the best among the hizen-to. His swords are ranked
at the Owaza-mono because of the sharpness.
Even though the blade is Mumei(unsigned) but NBTHK judged
as Oumi Daijyo Fuhiwara Tadahiro 2nd generation.
The blade is healthy. 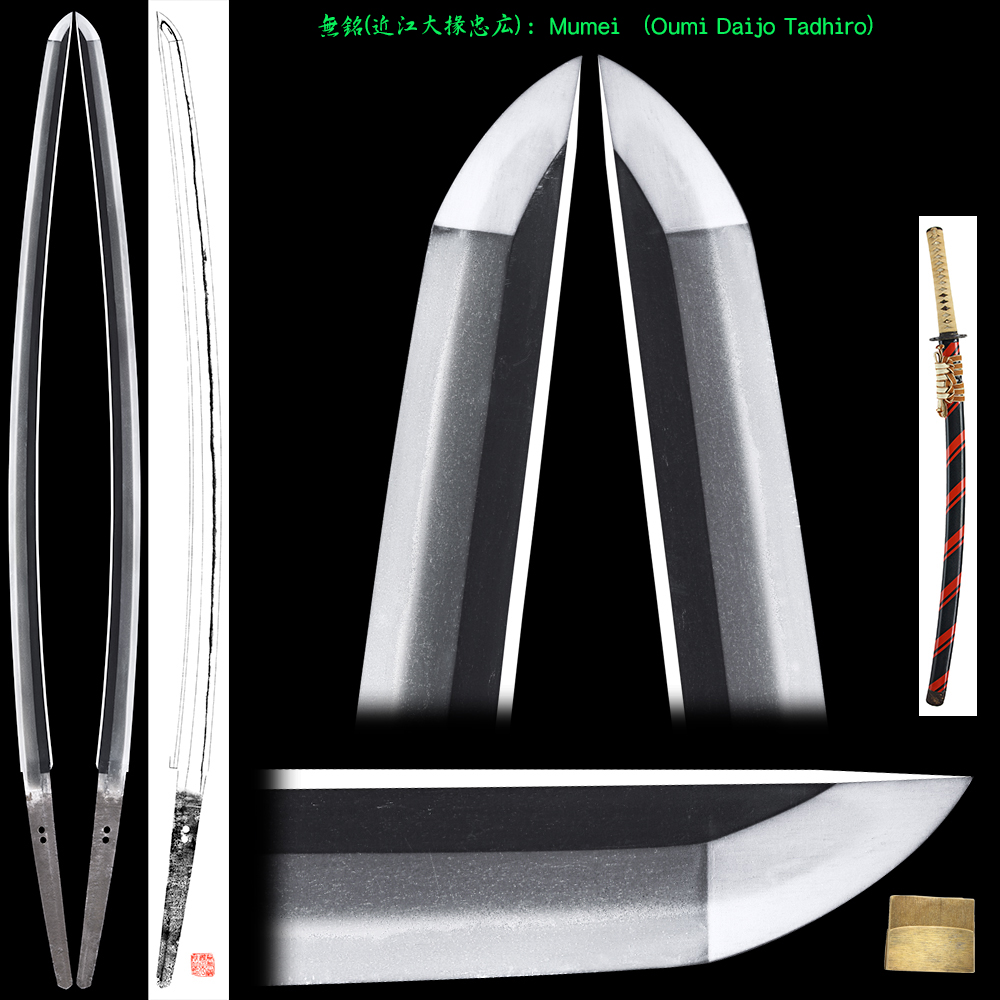 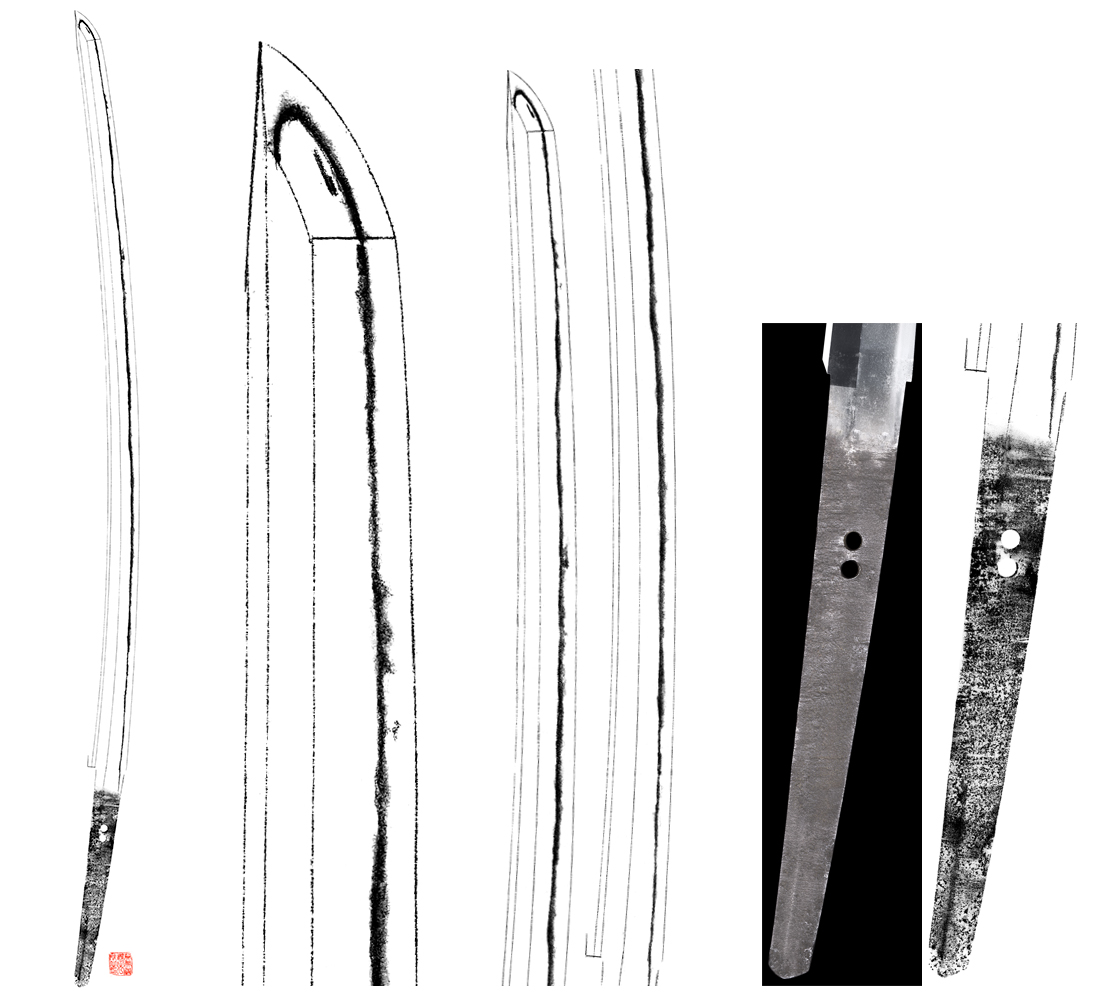 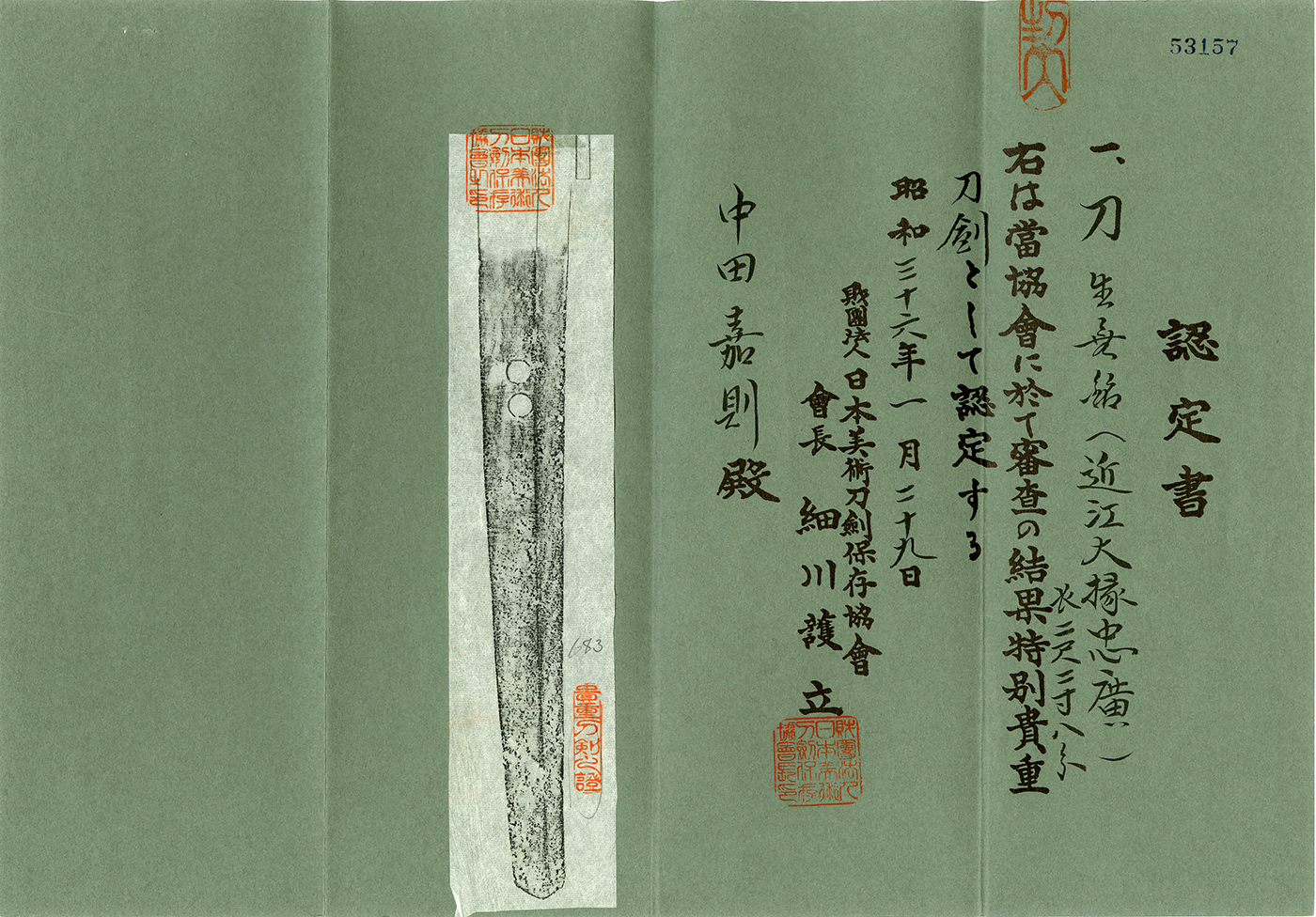