Blade length : 72.2cm or 28.43inches.
Sori : 1.8cm or 0.71inches.
Mekugi : 1
Width at the hamachi : 2.9cm or 28.43inches.
Width at the Kissaki : 1.95cm or 0.76inches.
Kasane : 0.65cm or 0.26inches.
Era : Late Edo Period Koka era
Shape : It is wide and thick katana. There is much sori and some nikuoki attached.
Jitetsu : Itame hada well grained with JInie attached. It is clear Jitetsu.
Hamon : Nie deki suguha with combination of double ha.
There is Uchinoke mixed and Sunagashi and Kinsuji activity appearing. Boshi is hakikake style.

Special feature :This work Kunikane has succeeded the 12th generation. His real name is Hongo Minamoto Bee.
After his father’s death , he has become the student to Naotane and at Bunka 12th year he has descended his family business. At Inka 5th year February 22nd he died at age of 49.
At earlier time Kunikane abided Yamato Hosho group with Masame deki and has been working on Masame and Suguha.
The last Kunikane has moved to Edo and become the student of Naotane.
He has focused much on Masame until his death.
This work is at first glance, similar to Gassan Sadakazu Yamato den.
The blade has been polished on August 2016 to make Masame-hada even more clear. 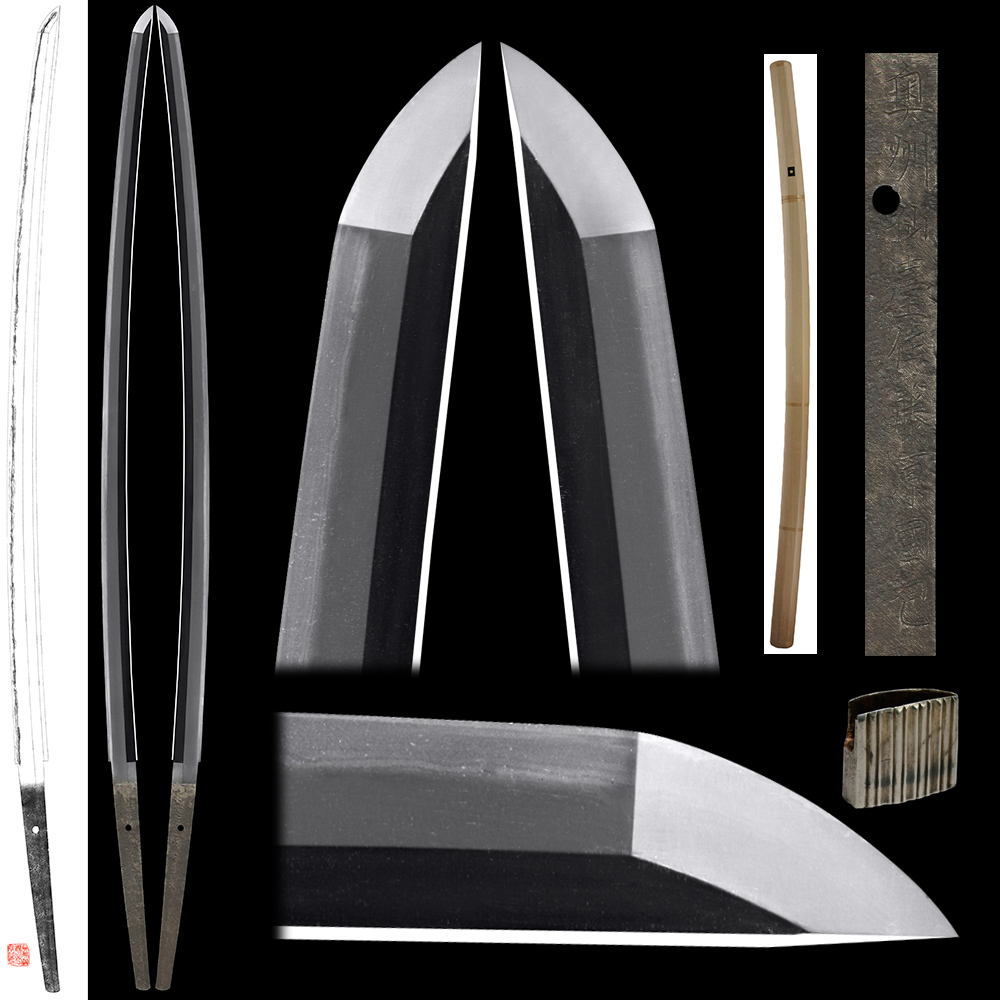 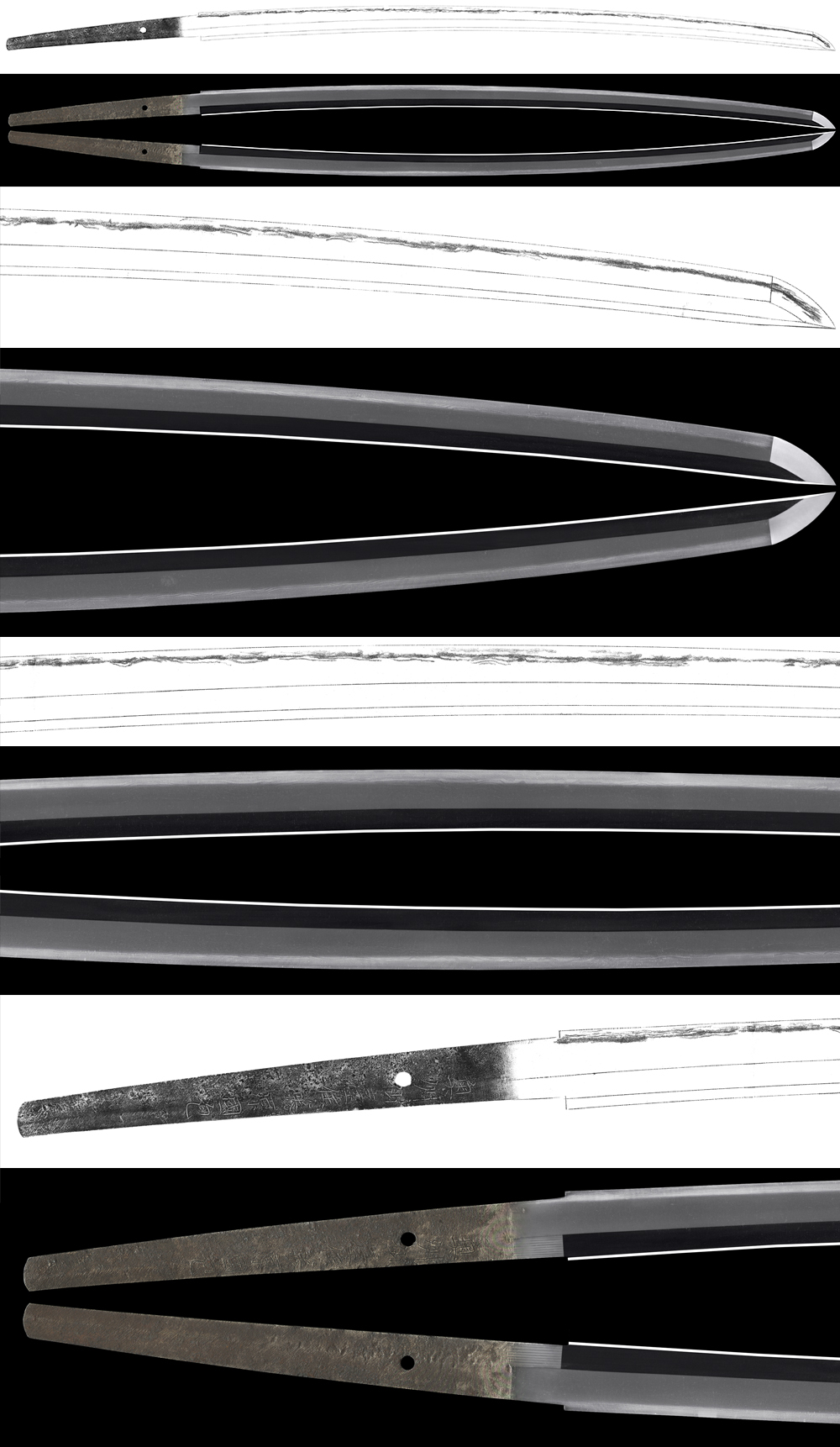 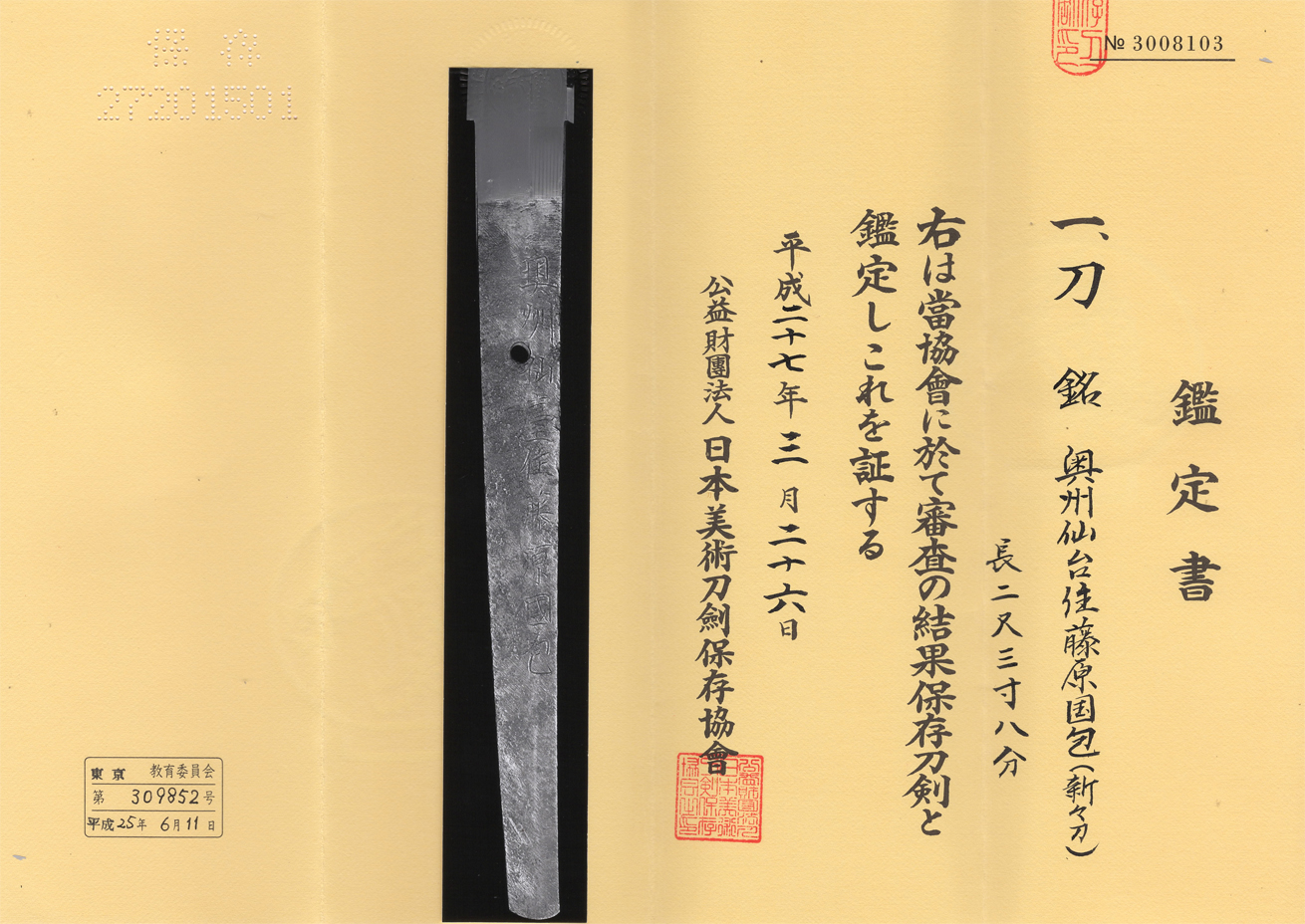