The blade was polished.
Blade length : 33.6 cm or 13.23inches.
Sori : 0.6 cm or 0.24inches.
Mekugi : 1
Width at the hamachi : 3.04cm or 1.19inches.
Kasane : 0.59cm or 0.23inches.
Era : Late Edo period.
Shape : It is wide and thick strong looking sunnnobi tanto style wakizashi
Jitetsu : Koitame had well grained with jinie attached. The hada is clear and beautiful.
Hamon : Nie ground, deep nioiguchi in gunome midair line. There is shoji midare mixed. 39
Ashi is thick with many activities such as sunagashi and kinsuji works.

Special feature : Koyama Munetsugu is called Soubee.
He had the pen name Issensai and Seiro sai and also received the signature of Bizensuke.
He was born in Mutsu Shirakawa(Now Shirakawa city, Fukushima).
He has become a student o Katou Tsunahide with his older brother Koyama Munehira
and learned forging skills. First, he has worked under Shirakawa Hanshu Matsudaira Sadanobu.
At Bunsei 12th year(1829) Munetsugu followed the Matsudaira family
which moved to Kuwana(Mie prefecture now). There are signatures that
engraves Kuwana at this time. Late on, he moved to Edo to forge more swords.
By the Tempo period, he has eagerly brushed up his skills and made some of
the highest quality swords with gorgeous choji midare with gunome midare mixed.
It is highly qualified sword at the time. This sword is the masterpiece of Tenpo uchi
（sword made during the Tenpo period 1830-1844. It is the time when high quality
magnificent looking swords were made.) We bet he had the joy of having to lived up to his reputation.
Koyama Munetsugu has made swords in very serious manner which is why it is rare to see
swords with kizu and flaw. The condition is very good. This sword is also impeccable.
It is wide and thick magnificent looking sword Tempo uchi sword.
It is also uncommon to see the past owner Katou Harumichi’s signature inside.

Historical background: On Tempo 4th year (1833), severe famine occurred at Edo period.
At this period, many have rebelled to the shogunate 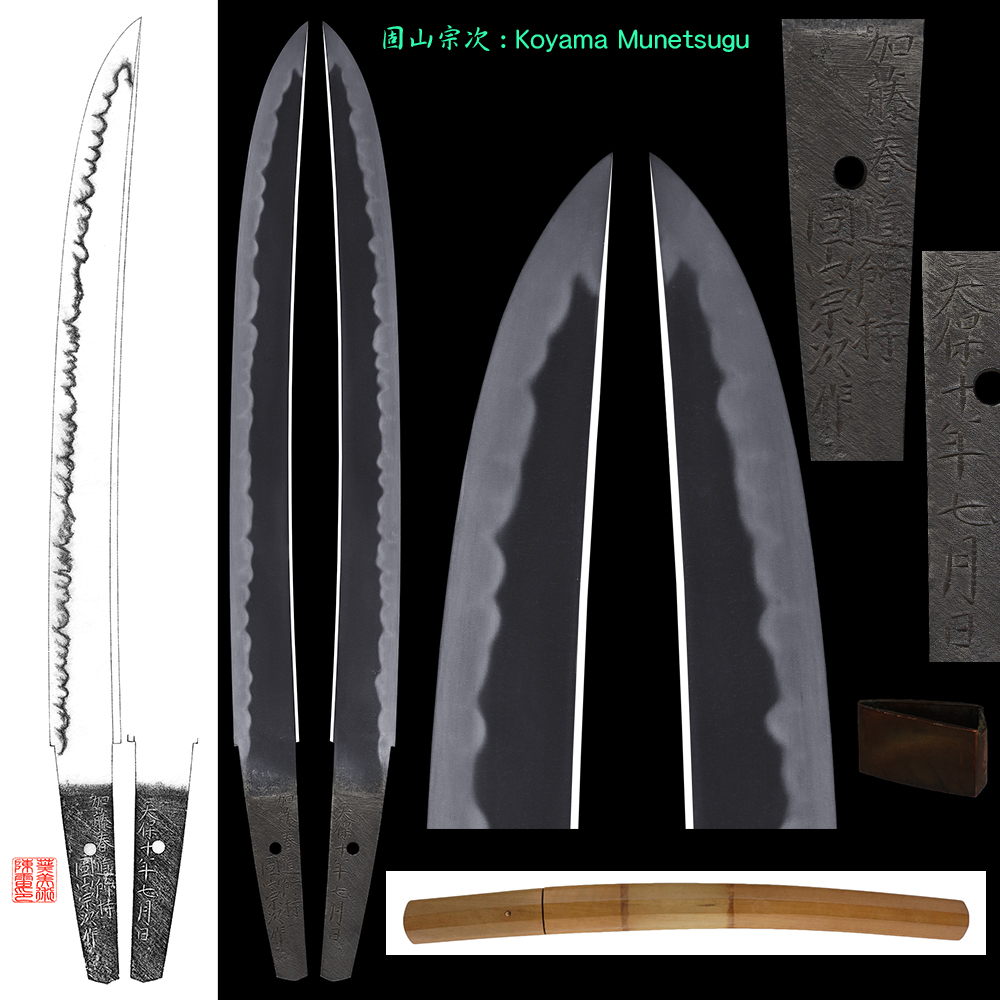 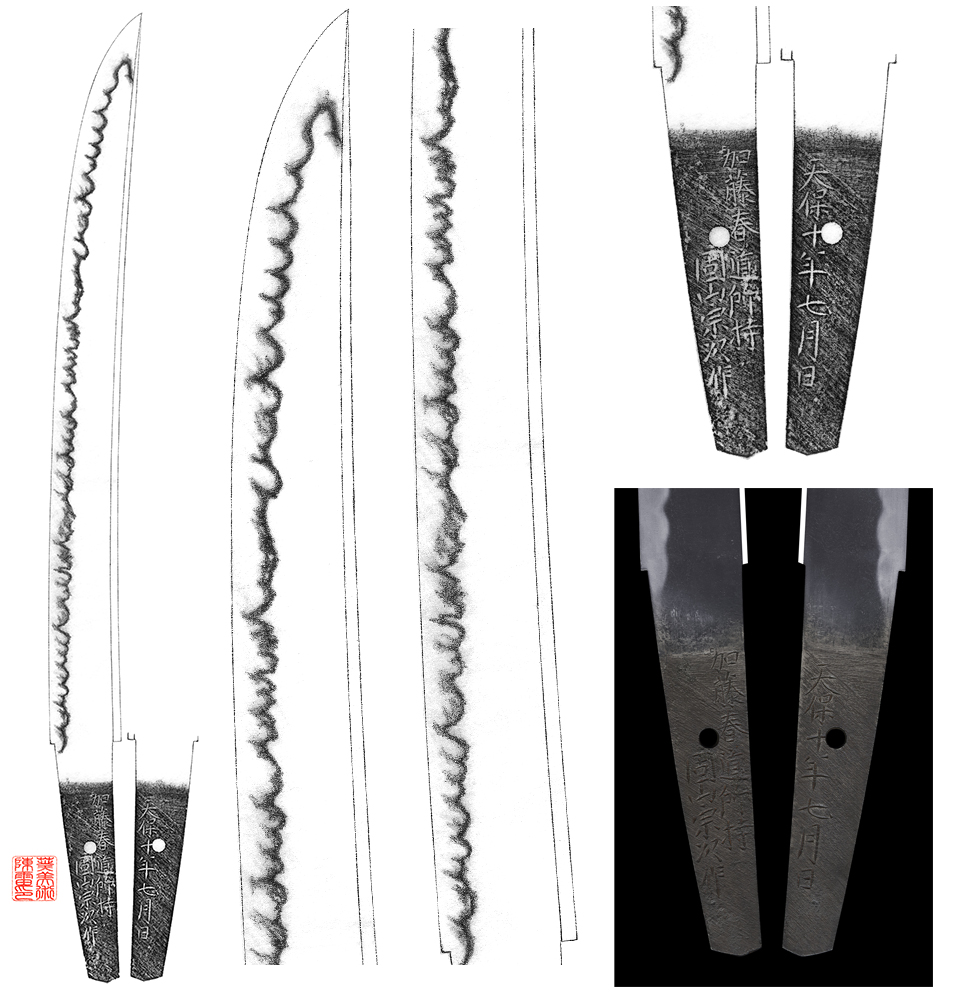 Wakizashi in Shirasaya, with Koshirae. Signature : Nobukuni Saku. (Not reliable signature) (If remove the signature, NBTHK paper will be issued) If the blade doesn’t pass NBTHK paper, we will buy back 100% of the sales price. The blade was polished Habaki : Gold foiled double habaki. Blade length : 53.4 cm or 21.02 inches….